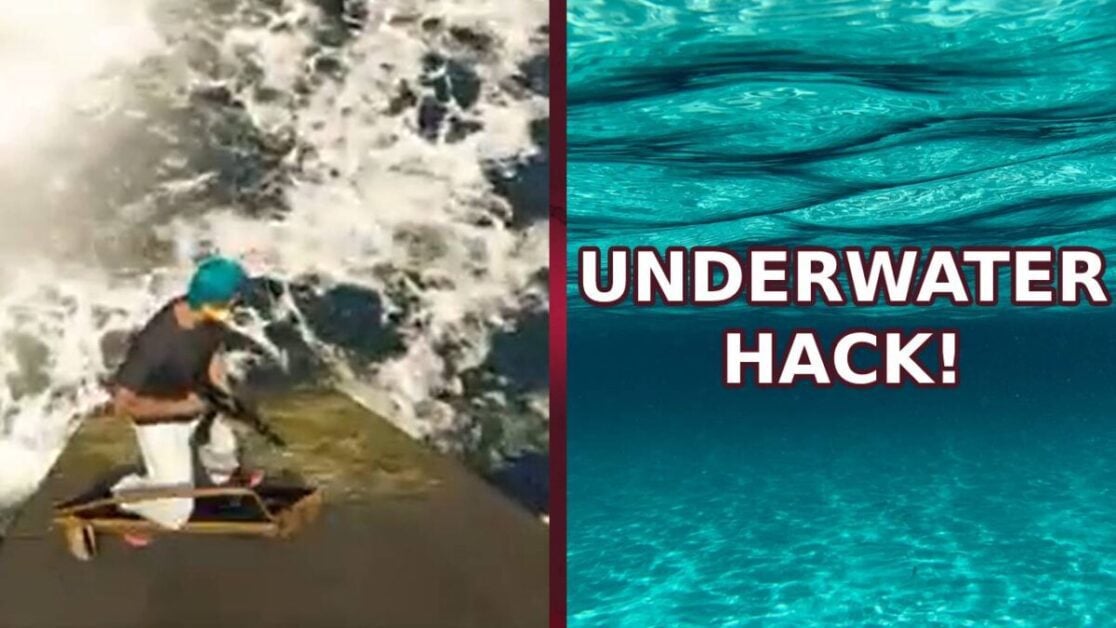 Grand Theft Auto is one of the most explorable sandbox games of all time. However, the series has always had a bit of an aversion to letting players fully explore the murky deep. However, thanks to the discovery of a new but slightly bizarre trick, players can finally venture underwater in GTA Online without drowning [via ScreenRant].

Discovered by Reddit user Name-Numerous, the trick involves using a car door as a makeshift surfboard. That’s right, by blasting a car door off its hinges, shooting at it till it creeps to the water’s edge, then jumping aboard, players can take a radical ride into the drink. The result? Well, see for yourself!

Now, I know what you’re thinking – why would you want to do this? Well, it’s just plain old silly fun. However, players could also use GTA’s seabed to their advantage. While players can already go diving in GTA Online using a scuba suit, being able to submerge without one could prove to be useful. Although players won’t be able to descend from their car door otherwise, they might end up sleeping with the fishes.

If anything, Name-Numerous’ discovery is a testament to the longevity of GTA Online. I mean, who’d have thought that players would still be discovering exploits for the 2013 game eight years after release? That being said, the online mode has received various upgrades since its release. Therefore, you could say it’s still as fresh as the day it was released. Come to think of it, perhaps that’s why Rockstar isn’t in a hurry to release GTA VI.

Are you going to give underwater car door surfing a try? Let us know how you get on via our social media channels!