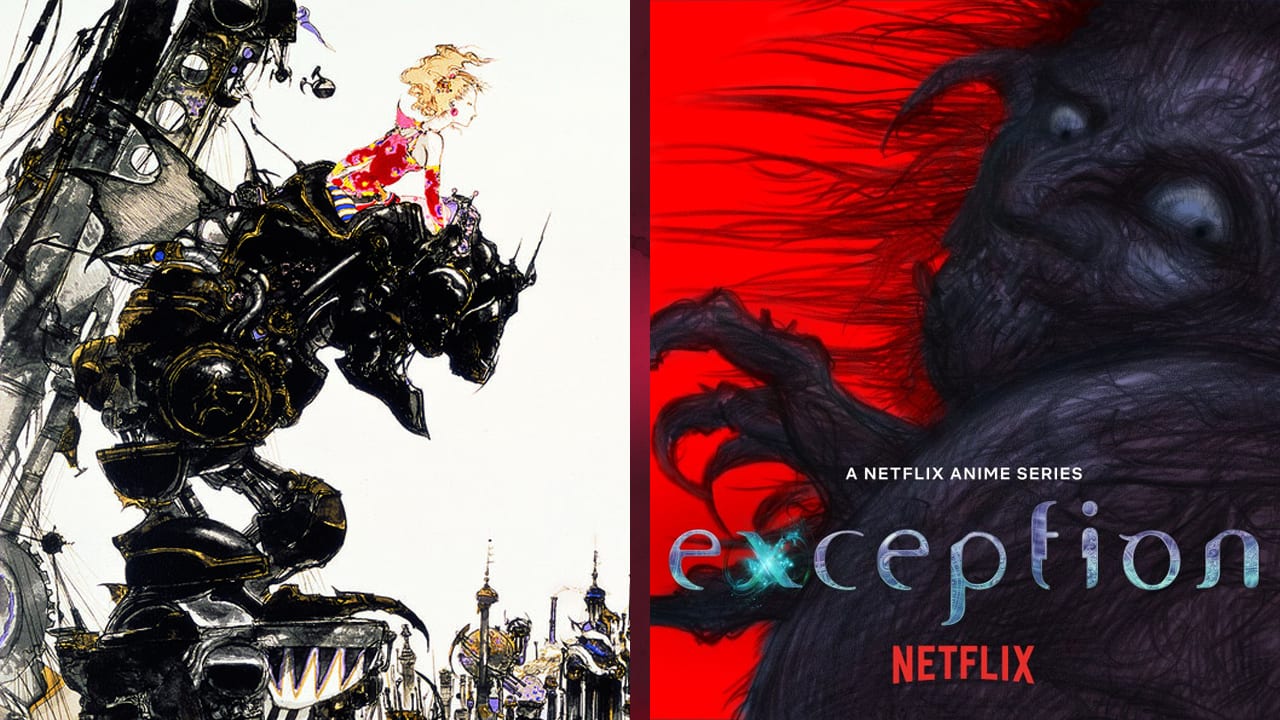 “In the distant future, human beings have been forced to leave earth and migrate to another galaxy. An advanced team of spacecraft arrives at a planet that is to be terraformed. Each member of the team is output by a biological 3D printer.”

Of course, if you’re familiar with Yoshitaka Amano’s work, then you’ll probably recognise his artistic flare within Exception’s promo art. However, while Amano is best known for his Final Fantasy artwork, the artist has also worked on the likes of Vampire Hunter D and Neil Gaiman’s The Sandman: The Dream Hunters.

So, what can we expect from Exception?

Well, if there’s one thing that’s certain, it’s that Exception isn’t going to be a conventional Japanese anime. In fact, Yoshitaka Amano’s involvement suggests that the show will probably be quite abstract. Exception’s horrifying artwork alone signifies that this is going to be a disturbing experience. Anyway, whatever this monstrosity is, it’s looking at me funny and I don’t like it!

Hopefully, Netflix will reveal more about Exception in the coming months. While it’s hard to tell exactly what the end result will be, the new Netflix horror will likely draw on the likes of Junji Ito, as well as other creepy works of fiction from the world of anime and manga.

Are you intrigued by Exception? Join the conversation on our social media channels!