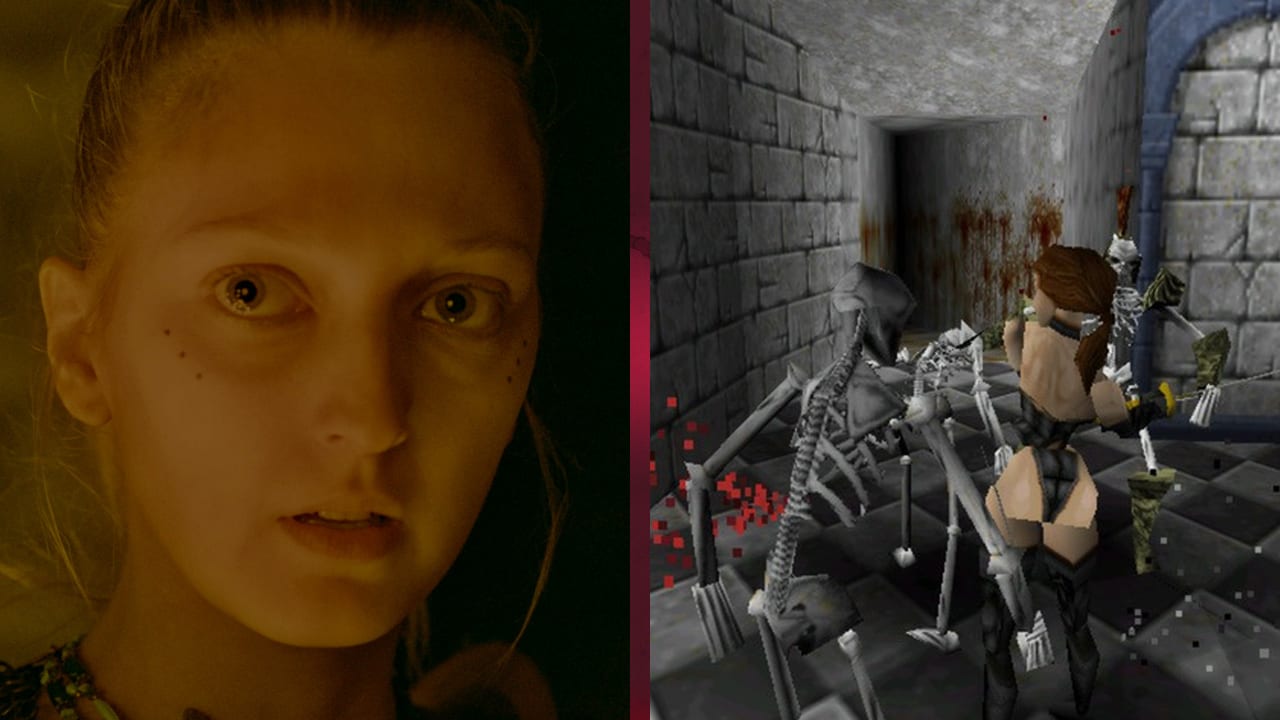 Remember Deathtrap Dungeon? You know, that ’90s action-adventure game that looked a bit like a fantasy version of Tomb Raider? Well, it’s back! However, this time it’s an interactive movie that feels a bit like a SEGA CD game.

Deathtrap Dungeon: The Golden Room is a brand new experience based on Ian Livingstone’s classic gamebook. Developed by Wales Interactive, the game features live-action sequences that use the same CGI Virtual Set technology as shows like the Mandalorian. The result? A highly interactive experience that revitalises a long-forgotten genre. Here’s a back of the box synopsis, courtesy of Steam:

what is Deathtrap Dungeon: The Golden Room

“As the Brave Adventurer faces many foes, you must tread carefully on your quest through to the Golden Room. Face the Trial-Master of the Dungeon Vhaidra and her tricks and traps as she tests your skill. Beware of the Bloodbeast lurking behind any door. Decide wisely, or find yourself in a Deathtrap.”

Starring Georgia Hirst (Five Dates, Vikings) and Marcus Fraser (Transformers: The Last Knight), Deathtrap Dungeon: The Golden Room is arguably more of an interactive experience than a game. Nevertheless, whatever this new Deathtrap Dungeon game actually is, it seems to hold true to the “choose your own adventure” format.

Of course, if you’re familiar with Wales Interactive, then you’ll probably remember the studio’s other game, Maid of Sker. While the developer’s take on first-person horror will probably differ from the new Deathtrap Dungeon game, both experiences hark to an era of gaming that has since been left in the ’90s.

Deathtrap Dungeon: The Golden Room isn’t set to release until 2022, so you’ll need to wait a bit longer before diving into this reimagined classic. Thankfully, there’s a playable demo available for free on the game’s Steam page.

Are you going to give the new Deathtrap Dungeon a try? Let us know on our social media pages. You can also pick up Wales Interactive’s Maid of Sker via the GameByte shop!