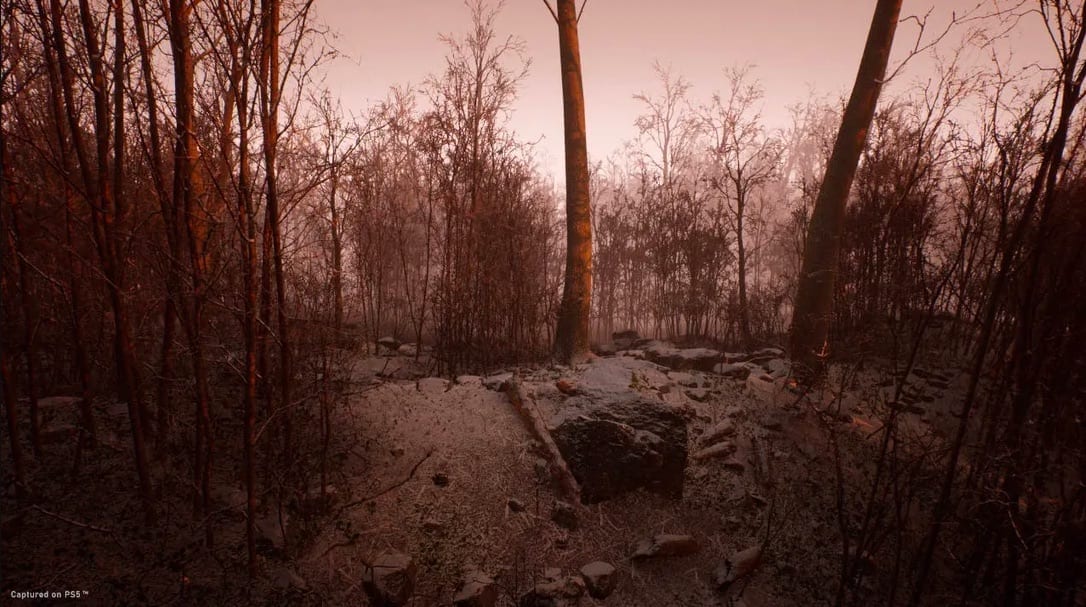 Brace yourselves, as the PS5 is getting a first-person cinematic horror game called ‘Abandoned,’ and no, it’s not a secret Hideo Kojima project.

Abandoned is a brand new horror shooter that features 3D audio and haptic feedback controls. The game will also run at 4K 60FPS, which will make it one of the most immersive experiences on the PlayStation 5.

The announcement was made via the official PlayStation Blog in a post written by the game’s director, Hasan Kahraman of Blue Box Game Studios. The post reveals some of the horrors that await us within the world of Abandoned:

“The story is centered around Jason Longfield, who wakes up in a strange forest. Abandoned and not remembering how he got there, Jason soon finds out that he was kidnapped and brought there for a dark purpose. Fighting for his survival, his main goal is escape.”

The game’s reveal trailer is reminiscent of games like Blooper Team’s Blair Witch, which features first-person mechanics set within a dense forest.

Realism appears to be at the core of Abandoned, with the game’s realistic graphics being matched by intricate mechanics integral to your survival:

“We want to deliver a uniquely personal gameplay experience, one that feels realistic. Every event has an influence on your character. If Jason is out of breath after sprinting (or is afraid), his firing accuracy will suffer. Unlike action shooter titles, firing weapons in Abandoned will be realistically slow. You will need to be tactical in order to survive.”

Kahraman also details some of Blue Box Game’s development goals, alongside the kind of horror experience Abandoned aims to be:

“Our studio is focused on crafting a cinematic style, first-person story. This is no fast-paced shooter in which you just run, aim and shoot. Abandoned requires you to hide and plan every shot before pulling the trigger. We want you to be nervous come each and every enemy encounter. To be aware that a wrong move can be the deciding factor between surviving a combat scenario or not.”

In response to the game’s reveal, players have speculated that the game could be a secret Hideo Kojima project. In a recent press statement, Blue Box Game’s dispelled the rumours, which should hopefully clear things up for confused fans.

Abandoned is set to release exclusively on PS5 later this year!