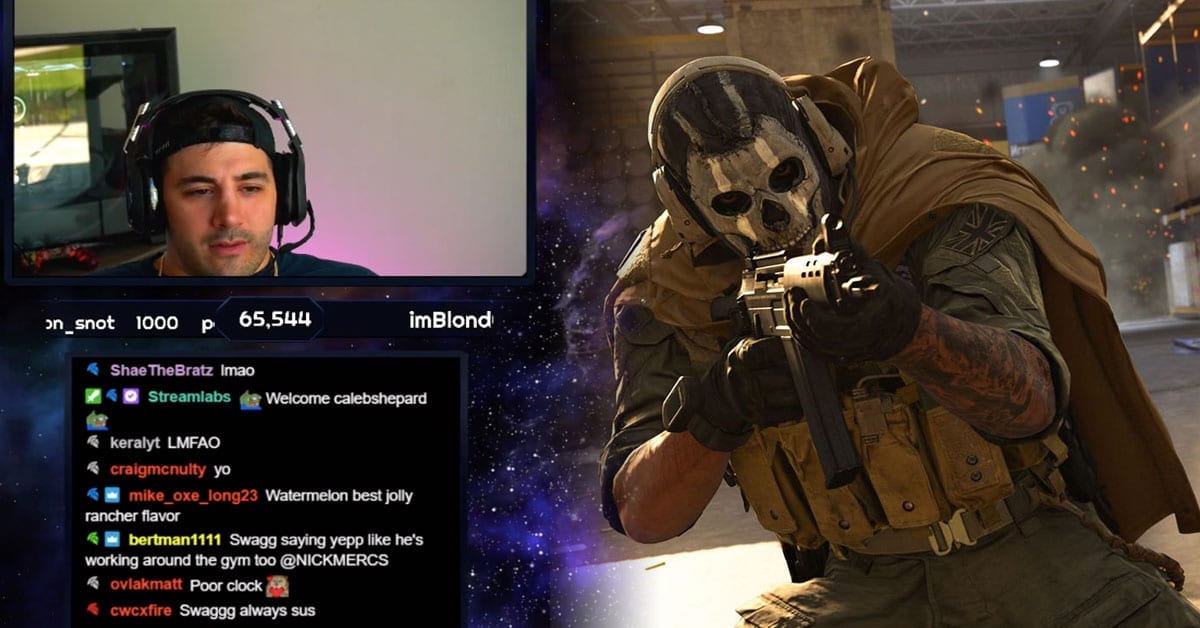 Professional Call of Duty player Nick “NICKMERCS” Kolcheff has reportedly stepped away from playing Warzone competitively due to issues with cheating in the game [via Gamerant].

The popular streamer and FAZE clan member seems to have had enough of the excessive cheating going on in the free-to-play royale, expressing his feelings on a recent stream.

The video, posted by Wicked Good Games on Twitter, features the agitated streamer elaborating on why he’s done with Warzone’s competitive scene.

“There’s no pride in this thing anymore,” he said. “Where’s the dignity. Where’s the honour system? What the f*ck is going on man.”

NICKMERCS goes on to say that he’s “done” with playing the game competitively.

Kolcheff also affirmed that his main concern is not being able to tell who’s cheating. This obviously affects tournaments in a huge way, especially if cheaters aren’t being weeded out. NICKMERCS has called out cheaters in the Warzone scene before, and claims that “this is the natural evolution of these games”, referring to free-to-play shooters like Fortnite and Warzone.

“You can be a part of it, I’m not, I’m not unless there’s some extra incentive for me to play a tournament, I’m not playing,” he said.

As these games are “free-to-play”, being banned for cheating isn’t the kind of penalty you’d think. It’s easy for cheaters to simply rejoin the game under a different username and account, making the whole thing a vicious cycle.

Warzone, like many other online games, is suffering from waves of cheating, with hackers exploiting the game in various ways.

While Activision tries to be on the ball when it comes to stamping out the hackers, it seems like the company will really need to up its game this time around. As for now, it seems like the world of free-to-play COD is like Wacky Races with AK47’s.

Are you sad to see NICKMERCS step away from Call of Duty: Warzone?