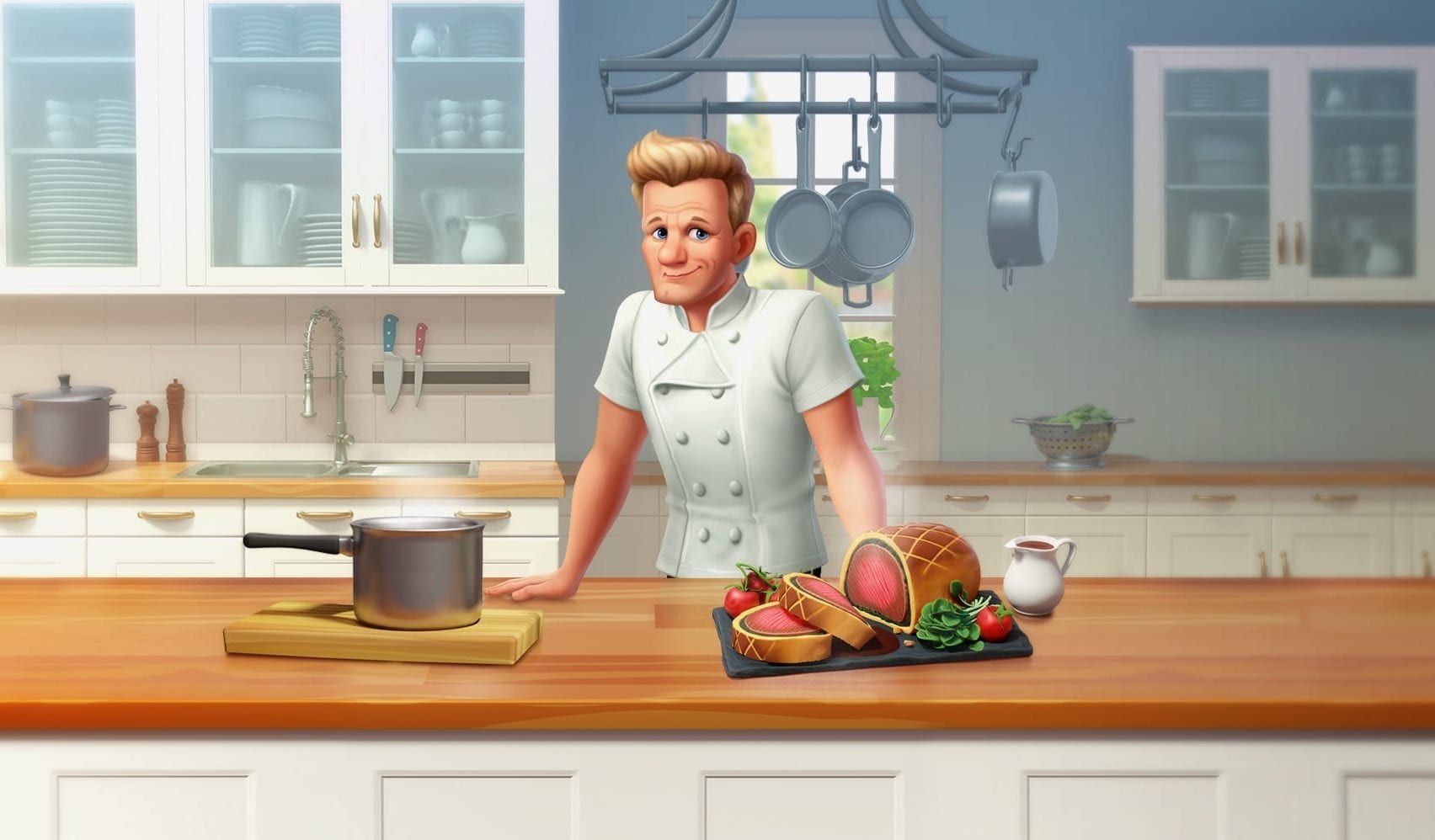 Celebrity chef Gordon Ramsay now has his own mobile game for Android and iOS, because of course he does.

Gordon Ramsay’s Chef Blast is a puzzle game from Outplay Entertainment, who has published a plethora of mobile games. It has also been co-developed by iDreamSky, along with Gordon Ramsay himself.

Judging by the brief gameplay video for Gordon Ramsay’s Chef Blast, the mobile game looks to be a Candy Crush-style game that you’ll find throughout Google Play and App Stores.

However Gordon Ramsay’s Chef Blast does at least have one trick up its sleeve, as players can unlock recipes from the award winning chef by playing the game.

New recipes will become available to unlock every two weeks and can be stored in your own Recipe Book. Players will unlock new recipes as they climb up the leaderboard rankings.

“When the team at Outplay told me the idea behind Chef Blast, I was immediately sold on it,” said Gordon Ramsay. “I can’t wait to turn up the heat on everyone and see how they do.”

Gordon Ramsay’s Chef Blast is said to feature hundreds of “fun animations” and voice-over lines from the celebrity chef. Players can even earn prizes by competing in the “exclusive” Culinary Genius tournament.

“It’s been an absolute thrill and a once-in-a-lifetime experience for the entire team at Outplay getting to work with Chef Ramsay on Chef Blast,” said Outplay Entertainment Co-Founder and President Richard Hare.

“I’m incredibly proud of what everyone has accomplished in bringing Chef Blast to players worldwide, especially during this chaotic time, and we can’t wait for players to get their chance to experience it for themselves.” continued Richard Hare.

Gordon Ramsay’s Chef Blast is available to download for free now via Google Play and the App Store.

Will you be playing the Gordon Ramsay game?