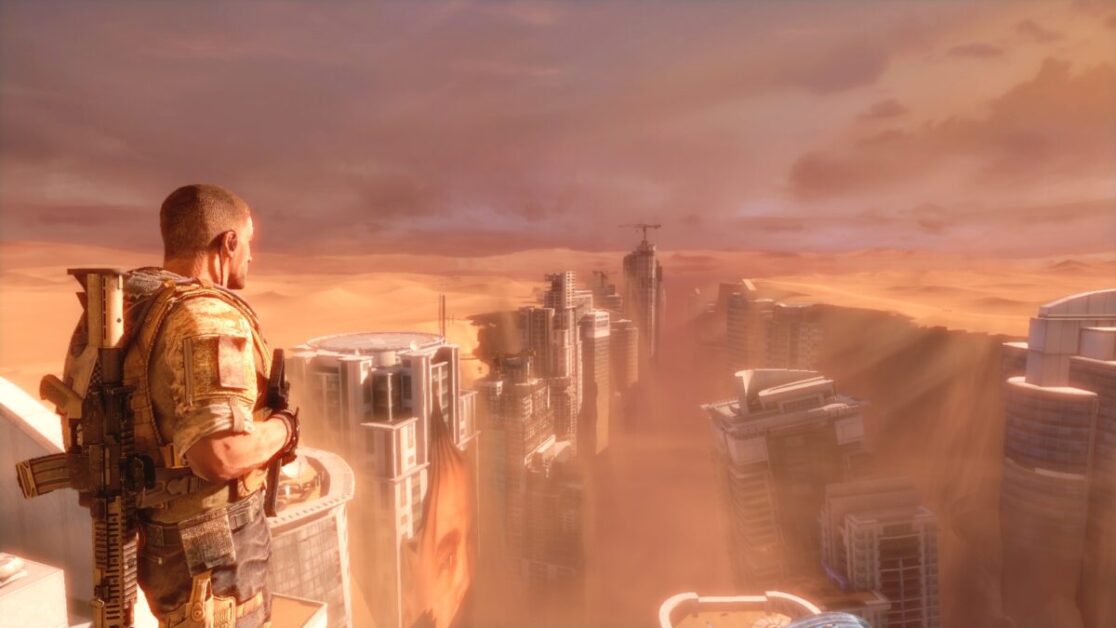 Developed by Yager and released in 2012, Spec Ops: The Line became one of the sleeper hits of that year. In fact, I still see gamers talk about Spec Ops from time to time on social media.

10 years on, Spec Ops is still having an impact on how war stories are addressed in video games. If you ever want to play a war video game with a heavy story, you should check out Spec Ops. Though as a heads up, it does have some very controversial moments.

That being said, as reported by MCV, the new studio formed is called EYES OUT and it’s fronted by game designer Cory Davis, and Nine Inch Nails guitarist Robin Finck.

The EYES OUT studio will be based in Los Angeles, United States, and their first title is said to be a “single-player immersive cosmic horror game with strong environmental storytelling elements.” So in a nutshell, it sounds like a sci-fi horror set in space with a focus on storytelling. Count me in.

Other than working on Spec Ops: The Line, Cory Davis has also worked on horror games such as F.E.A.R and Condemned. So, Davis certainly comes with a strong pedigree of developing video games of the horror genre.

“When I was finishing up work on Here They Lie, Robin wandered into our studio and I felt a very strong connection to his open, creative view of existence, and the power of music,” said Davis.

“We instantly started working on some prototypes I had in development at the time and together we launched straight toward something unexpected. Robin’s vibrant and boundless approach to the creative process drives our work far beyond my previous experience. It’s such an exhilarating trip to venture into the darkness together.”

Likewise, Robin Finch also has a history in video game development, as he has helped to compose musical scores for Observation by No Code, as well as NOCT for Devolver Digital.

“Cory is a true and impassioned artist. He’s a visionary leader who draws the highest and best from each person on the team, no matter their position.” Said Finck.

“He’s capable and dedicated and he’s open to forces unspeakable. He’s rare. Weird, even. We connected about films and games and music and all the minutia and it was a really positive charge colliding with him. We have a simpatico work ethic and drive, and we see each other soul to soul.”

I can’t wait for this ? I’m already hyped pic.twitter.com/uaYDJBDalO

Are you looking forward to the first game the former Spec Ops: The Line developer and the Nine Inch Nails Guitarist? Let us know across our social media channels.