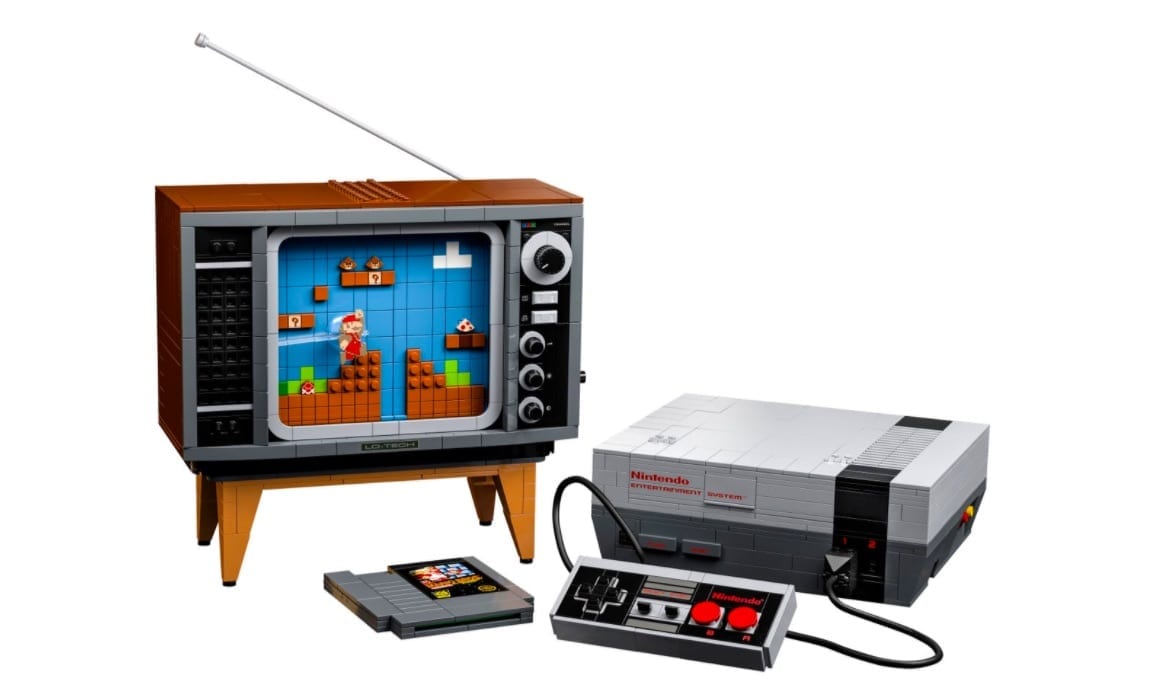 A new LEGO gaming-themed set has been announced by LEGO, just hours after the images leaked online.

The new set will be available from August 1 and will retail for $229 USD. It’ll be interactive, just like the upcoming Super Mario LEGO collab.

The LEGO website explains: “Get the interactive figure when you purchase the LEGO Super Mario Starter Course and place him on top of the TV to watch him react to the on-screen enemies, obstacles and power- ups – all while the original game’s theme tune is playing!”

Yesterday, details made their way online via Chinese site VJ Gamer. The images showed a special black-box LEGO NES, which is reportedly a 1:1 scale.

The LEGO console set includes the NES itself, along with a controller, game cartridge and even a classic TV set running Super Mario Bros.

The leaked images, came shortly before LEGO teased the reveal across social media.

The company shared the following short video, along with the words “Are you ready to play like never before?” We now know this is the teaser tweet for the NES set.

The leaked images suggest the set will contain 2,646 pieces.

In related news, LEGO has revealed plans to launch to official sets based on both Home Alone and Seinfeld. The news was shared across LEGO’s social media pages last week, where it was confirmed that the new additions will be created thanks to the LEGO Ideas initiative.

In case you’re not familiar with LEGO Ideas, it sees fans submit their own ideas for future LEGO sets, which then get voted on by the community. As you can imagine, the competition gets very tough, very quickly, so it’s great to see some big names make the cut!

Check out the winning designs below (though don’t expect these to be the final product!)

Sadly we don’t know when the products will be hitting store shelves, but hopefully they’ll be landing sooner rather than later!