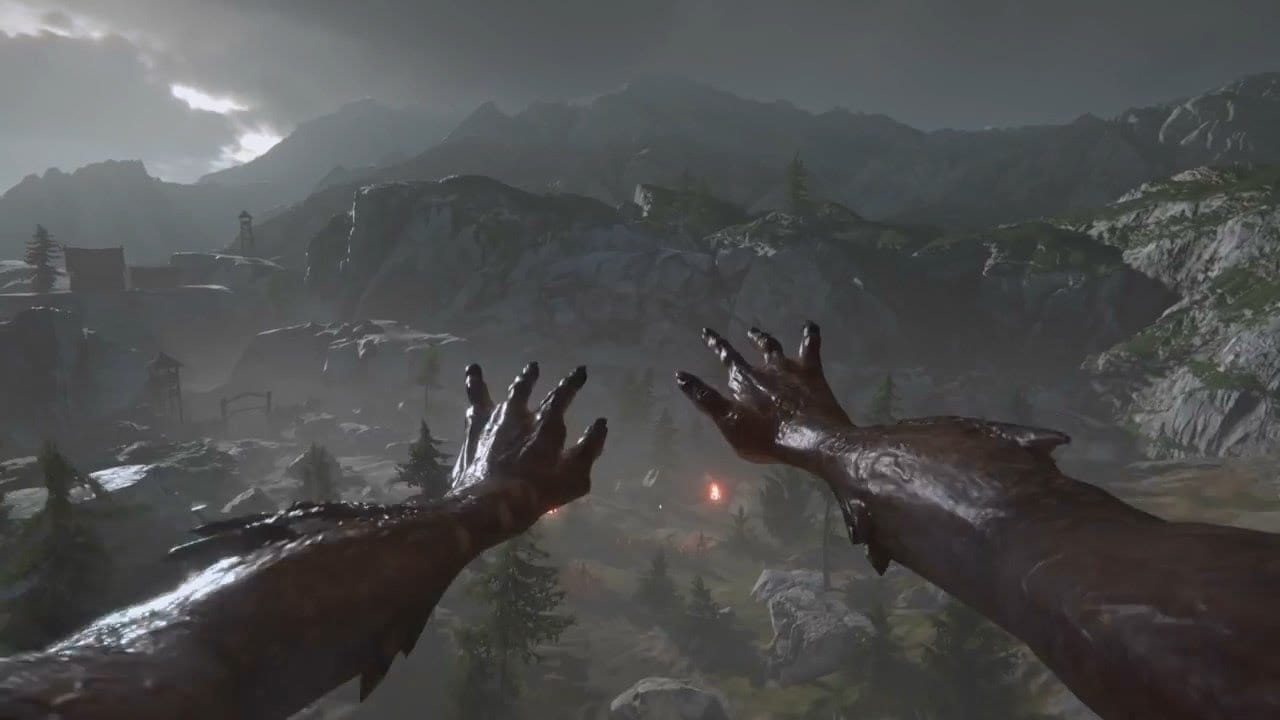 Project Wight is an ambitious RPG game being developed by ex Battlefield developer David Goldfarb. It’s set to be a huge open world Viking game, and whilst we haven’t heard much about it yet, we’re hoping it might just turn up during E3 this year.

Here’s everything we know about Project Wight so far and our wishes for E3 this year.

What Is Project Wight? 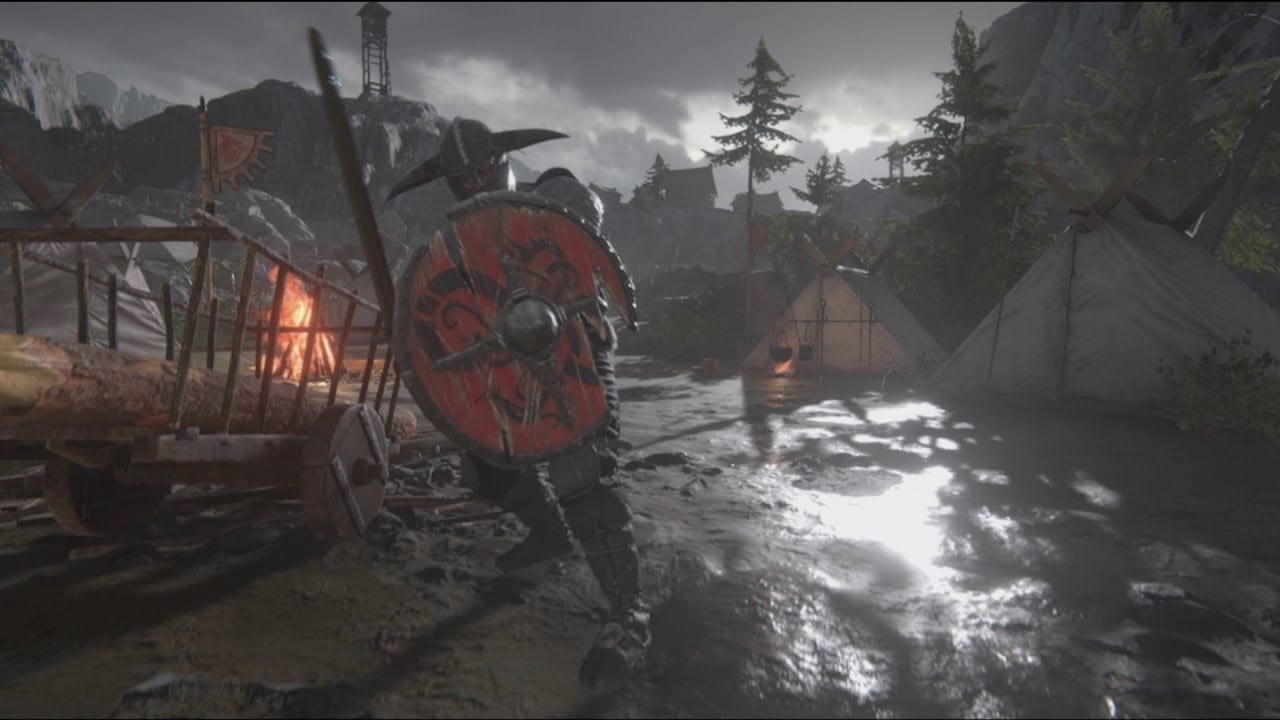 The last we saw anything about Project Wight was back in November 2016, which was when the game was originally announced.

The Outsiders have been working on Project Wight quietly ever since that original announcement, however, and we think that now one and a half years later, the development team may finally be ready to talk more about the game.

What We Know So Far About Project Wight

So far, we know that Project Wight will be an RPG game. It’ll be the first time David Goldfarb has made an RPG title, but he feels that him and his team still have the potential to turn it into something special.

Project Wight will be open world and based upon Viking mythology. Instead of playing as a Viking, however, you’ll be playing as a monster. Currently, it doesn’t have a name besides ‘the creature’.

The backstory for Project Wight is that this creature has watched humanity hunt down and kill the rest of its kind.

You essentially play the last of your kind and, after seeing your father hunted down, you seek vengeance.

It’s clear as day that Goldfarb has drawn inspiration from Beowulf, or more particularly, Grendel, a story which flips the story of Beowulf on its head by portraying it from the point of view of the monster. 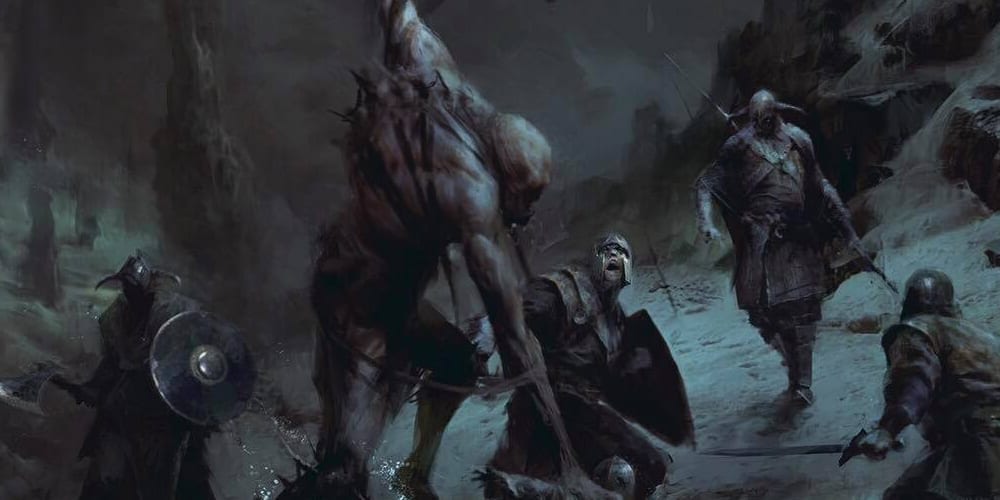 Goldfarb even mentioned in a past interview that Grendel hit a particularly emotional note with him, and that’s where the original inspiration for Project Wight came from.

“Most of my life has been spent feeling like I don’t understand a lot of perspectives, except that I always side with the ‘other’. When I read Grendel, it was affecting to me personally and I thought I’d love to do something with it one day.”

We’ve seen a lot of these anti-hero stories recently. Somehow, it proves to be very powerful to connect with the ‘bad guy’ on an emotional level through stories, TV, and video games.

However, this antagonist creature in Project Wight isn’t just set on ruthlessly seeking vengeance. Goldfarb has revealed that there will be more to it. 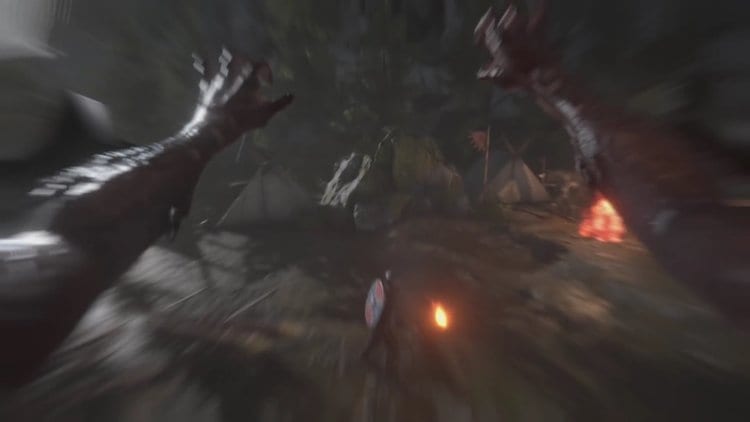 The creature in question and the whole of Project Wight is about providing a platform for players to express their frustration and sadness with the world.

The concept is that it’s hard to gain a true perspective on how messed up humanity is and always has been until you see it from the eyes of a creature that has had its world torn apart by humanity.

By the sounds of it, Project Wight will be a game heavy in story that touches on some pretty dark concepts.

I certainly think there is a lot of potential for it, although it might not end out as a game you’d be smiling after playing. Project Wight is set to be something that leaves an impact on the way you look at the world. 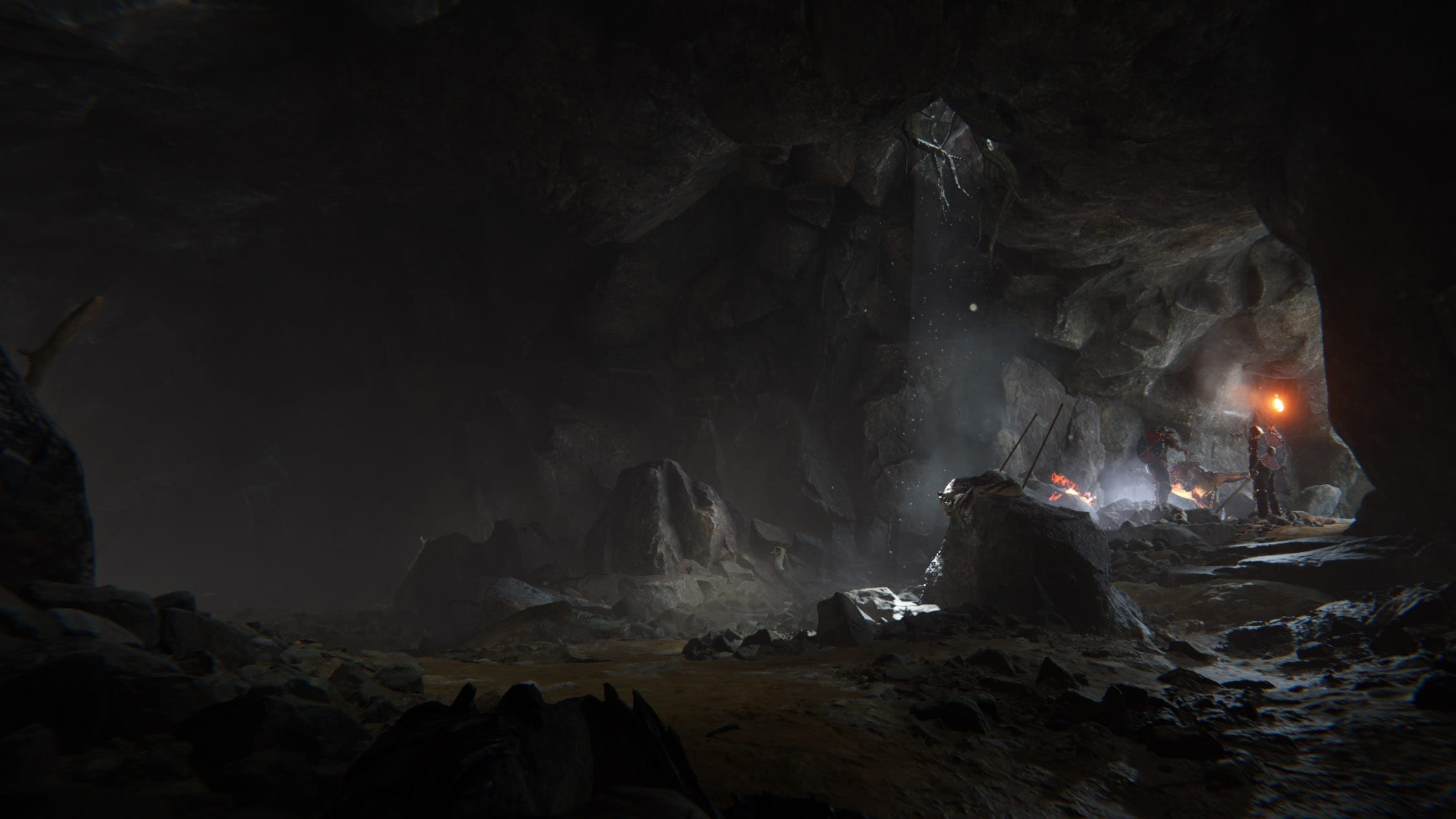 Project Wight will, of course, still be about having fun in a video game. RPG elements will be incorporated alongside action oriented gameplay.

Even though the Vikings have essentially wiped out your entire race, you’re still stronger and more powerful than your average human. I imagine players will be able to have a lot of fun with that. 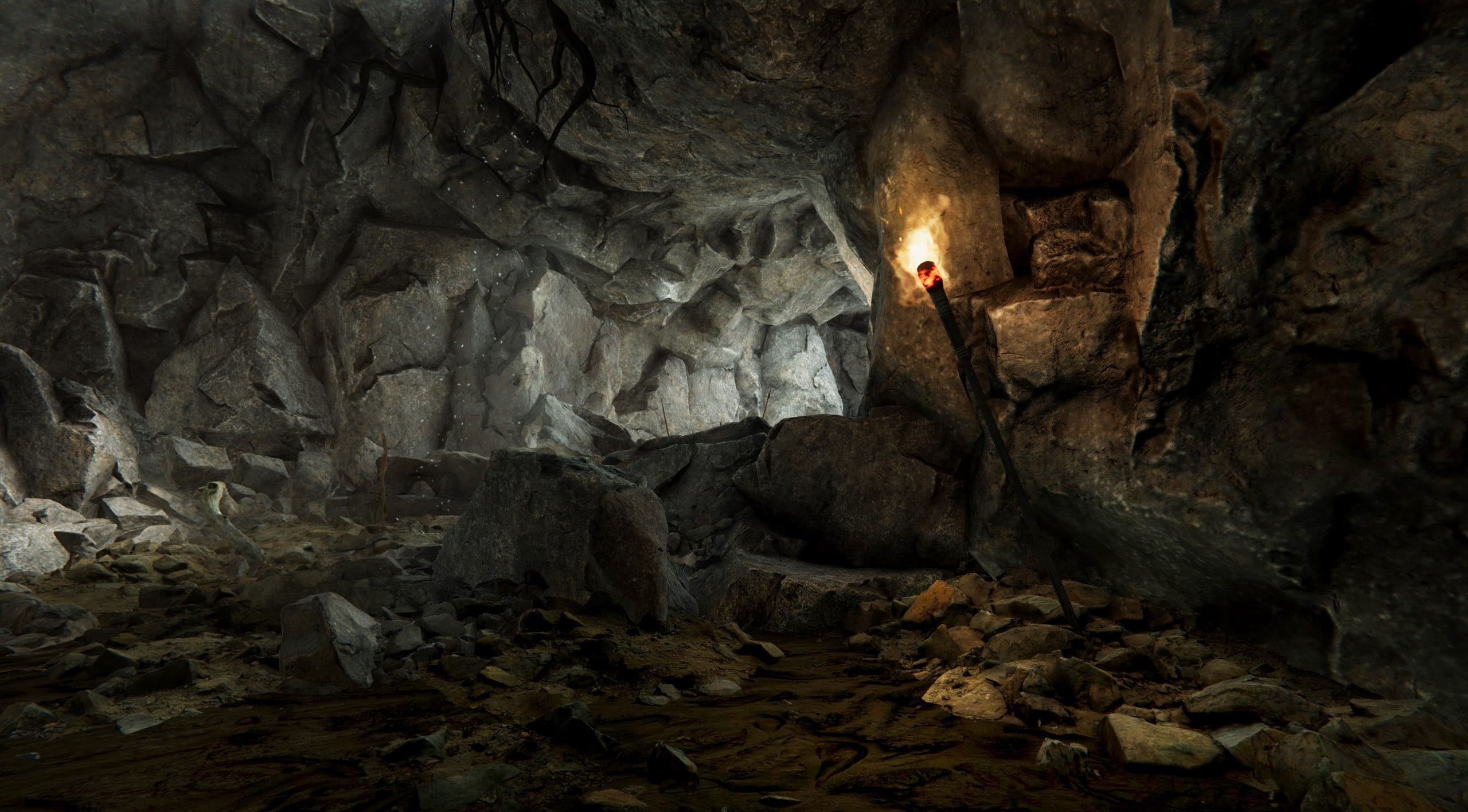 There’s been no information on when Project Wight will be released or even when it’ll be showcased to the public, but rumors are starting to spread about the potential for it to show up at E3.

A Project Wight showing certainly won’t be a main stage event, but it seems that there could be a good chance that it’ll be shown off in some capacity during E3 2018.

Whether we’ll just get a new trailer or full-on gameplay footage is unknown at this point, but we are hoping there will be at least something.

There is also some speculation about when Project Wight will be released. Many people are suggesting that the game will get a 2019 release date. There is nothing to back up these rumors at this point in time, but if it is true, it’d make even more sense for us to get some kind of E3 showing of Project Wight.

Ultimately, nothing is confirmed yet. It could be that E3 goes past without even a hint at Project Wight from David Goldfarb or The Outsiders, but I think that there’s a good chance that it could show up at least somewhere. 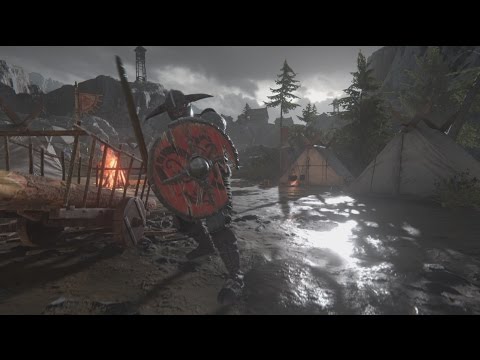 If you haven’t watched the first Project Wight reveal trailer, I’d suggest taking a look at the video above. The trailer is almost 3 minutes long and it covers some more details about what David Goldfarb’s visions are for the game.

The trailer starts by explaining the base story about the Vikings and the creatures. The scene I mentioned earlier about you seeing your father slain by Vikings is showcased first. It’s an emotional scene that I imagine Project Wight will start on when the game is finally released.

The trailer also seems to suggest that you may get to experience the game as different creatures of different ages. As you play, you’ll get to see different perspectives of the Vikings in action.

It’s certainly worth a watch. It’s played out as if it was gameplay, but it’s hard to tell whether what’s shown in the trailer is actually part of the game or if it’s just pre-scripted content created specifically for the trailer.

What are your thoughts on Project Wight? Are you interested to see such an interesting twist on an RPG game from David Goldfarb and The Outsiders?