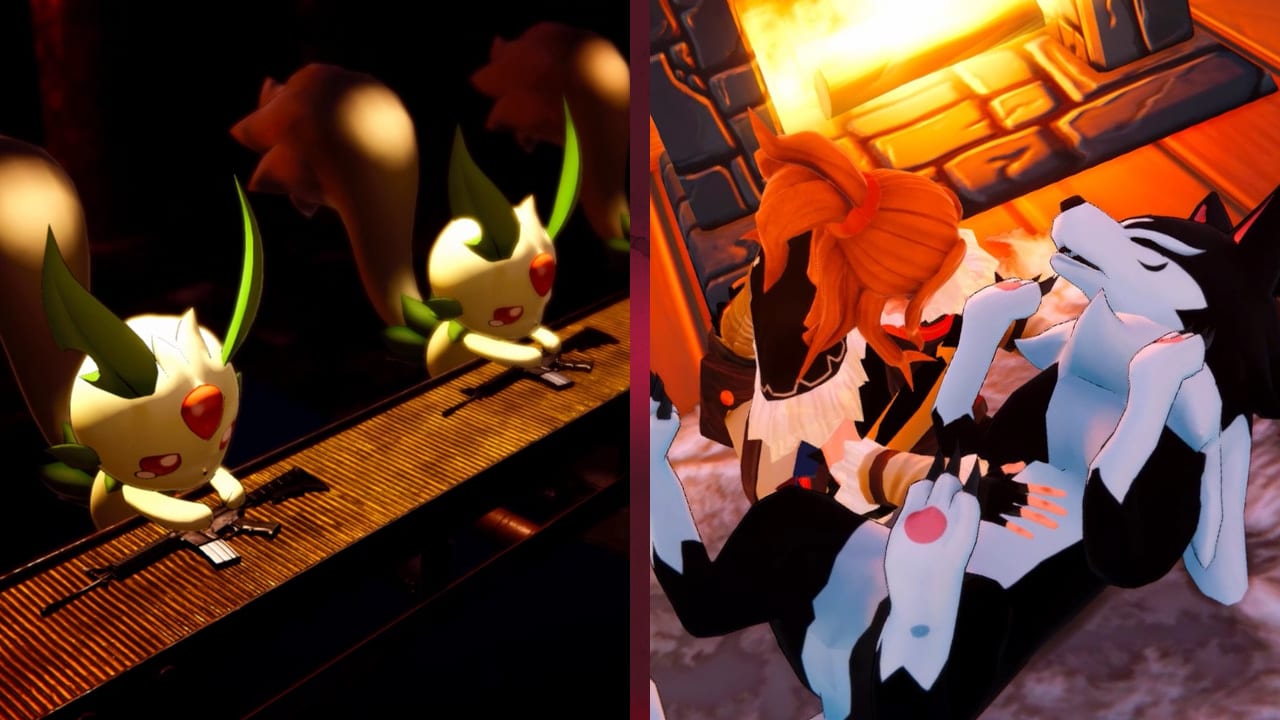 What do you get when you cross The Legend of Zelda: Breath of the Wild with Pokemon? Well, you’d likely end up with something resembling Pokémon Legends: Arceus. However, that happens when you then throw guns, survival games and crafting into the mix? If you do that you get Palworld, a weird open-world adventure that, against all odds, manages to feature all of the above. Wait, what?

Featuring what can only be described as a mishmash aesthetic, Palworld is a colourful open-world adventure filled with fictitious critters called Pals. Sure, the game’s emphasis on collecting “pals” might remind you of a certain other RPG. However, don’t be fooled, as Palworld feels more like a gritty Team Rocket simulator than a happy-go-lucky Pokeventure. Here’s a back of the box synopsis for the game, courtesy of Steam.

“Palworld is a brand-new, multiplayer, open-world survival crafting game where you can befriend and collect mysterious creatures called “Pal” in a vast world! Make your Pals fight, build, farm, and work in factories.

“Q. What is this game about?

“A. Palworld is a game about living a slow life with mysterious creatures “Pal” or throwing yourself into life-and-death battles with poachers.

“You can make Pals fight, breed, help with farming, or work in factories.

“You can also sell them off or even slaughter them to eat! That however, is forbidden by law.”

From arms manufacturing to turning collectable creatures into livestock, Palworld definitely not a Game Freak adventure. Yet, there is something quite compelling about Palworld, especially when you consider the fact it’s a mechanical contradiction. While it’s hard to decipher Palworld’s combat mechanics from the trailer alone, the game appears to feature Uncharted-Esque shoot-out scenarios from a third person over-the-shoulder perspective.

As you’d perhaps expect, Palworld has a lot of people somewhat puzzled. While some gamers can’t get enough of the game’s announcement trailer, others appear to be simply horrified at the premise.

It’s needless to say that Palworld won’t be to everyone’s tastes. However, it’ll be interesting to see if its eclectic formula actually works when it releases in 2022. That being said, if you can’t bear to even think about the mortality of Pokemon, then you should perhaps sit this one out. I mean, Digimon was bad enough for that!

Are you excited for Palworld or more confused? Watch the trailer below (seriously, watch it all. It’s a rollercoaster) and make sure to let us know over on our Discord. You can find out more about Palworld over on the games Steam page.

If you’d rather play a monster collecting game with a little less violence then why not pick up Pokemon Snap from the GameByte Shop?