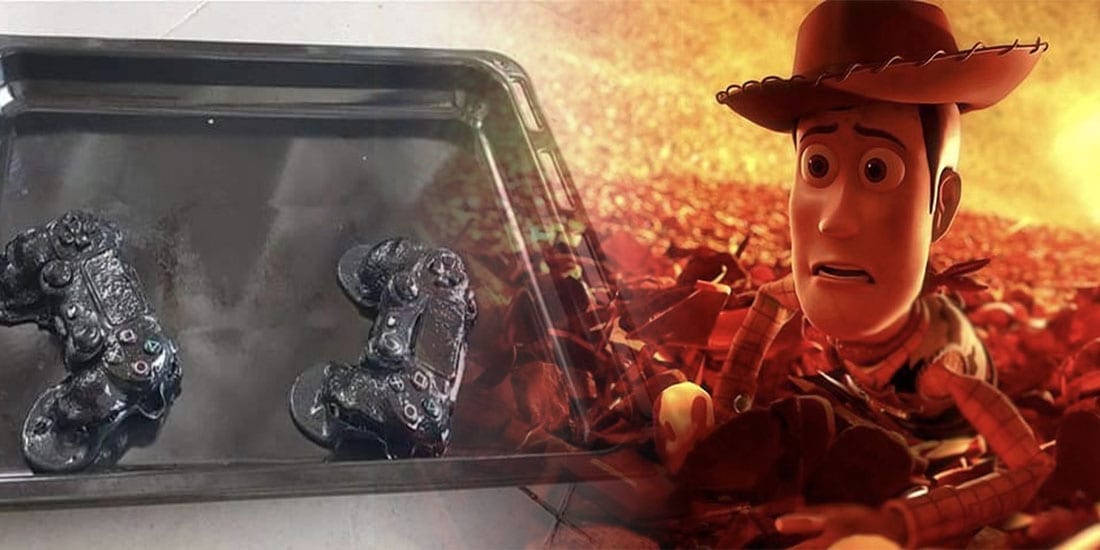 A parent has received a lot of attention across social media after sharing a photo of their “cooked” PlayStation 4 controllers to Reddit.

Reddit user u/_Dahl_ recently took to the r/wellthatsucks sub to share a woeful tale of a pretty big oopsie committed in their family home, which resulted in the sad loss of their kids’ two PS4 DualShock 4s.

According to _Dahl_, they’d put their children’s PS4 controllers inside the oven while it was switched off to “hide them from the kids,” presumably ensuring they weren’t getting in too much screen time.

Things went sour when the poster forgot they’d hidden the two controllers inside the oven, turning it on without realising. The result is pretty stomach churning – and definitely expensive! Check it out below.

Put them in oven on purpose to hide them from kids. Forgot about them. from r/Wellthatsucks

RIP DualShock 4s. Hopefully some replacements are already on the way (and hopefully their children managed to see the funny side of this one!)

After the image was shared to Twitter, one user replied with a very similar story, this time featuring a doomed Game Boy Color. Al Hibberd tweeted: “I know his pain. This is what my sister did to my childhood Gameboy.”

I know his pain. This is what my sister did to my childhood Gameboy. pic.twitter.com/4SkWhhQQ9e

The warped and melted Game Boy Colour definitely took a serious hit there, with the damage seeping through the entire unit. He followed up the tweet with an image of the game cartridge which shared the same sorrowful fate as the handheld console itself. RIP Toy Story. We temporarily had a friend in you.

Let this be a lesson to anyone out there living with family and friends: please check your kitchen appliances for hidden gaming accessories before turning them on…I guess?