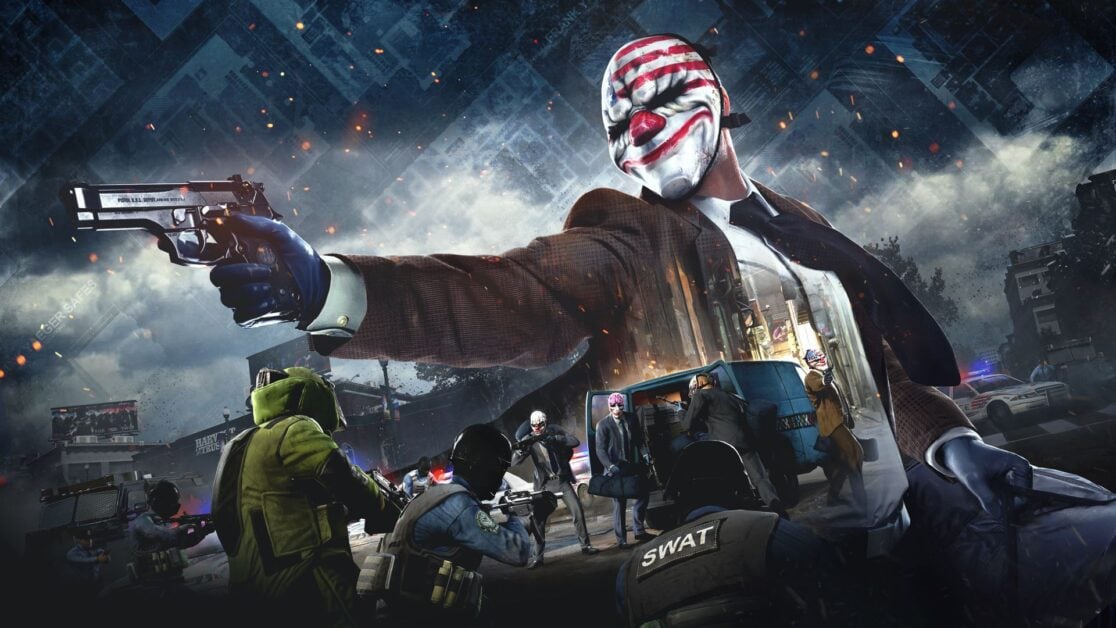 During the tenth anniversary celebrations of the Payday series, developer Overkill Software has reflected on the microtransactions controversy in Payday 2.

For the unaware, back in 2015 Overkill added paid weapon skins to Payday 2. These skins were able to be unlocked through ‘safes’ that could only be opened by paying for a ‘drill’ to open them up. What’s worse is the skins inside the safes were random, so you didn’t know what you were going to get after you paid for it. In essence, it was a classic loot crates situation.

What made it worse was the fact that these safes were added during an event which promoted a week of free content. It also made several of the guns pay to win, as the stats were tweaked to let paid skins reach damage numbers that you couldn’t do without them.

The whole ordeal was such a big mess that many community members outright stopped playing the game. To this date, the highest rated post on Payday’s subreddit is simply titled ‘F*ck you overkill’.

‘We broke the trust of the players’

The Payday series now turns 10 this week, and to celebrate Overkill is holding a week of community events and in-game updates. This includes a short ‘10 Years of PAYDAY’ series of videos hosted on the developer’s YouTube channel.

In episode 2 of this web series, titled ‘The Redemption’, developers from Overkill appear onscreen to address and reflect on the microtransaction.

‘What happened was we broke the trust of the players’ says Global Brand Director Almir Listo. ‘While our intentions were good, that doesn’t matter if you don’t do it right and get the players’ respect. We lost that there.’

‘There was a huge argument,’ Listo continues. ‘The heisters out there know that we fought and I had to defend us as a group of developers. We had a two hour livestream with hundreds of people heckling us. They were being serious fans of the game who felt like we’d screwed them over.’

‘Given everything we’ve been through with Payday, we’re on the right track. That’s thanks to the community and their support of Payday.’

It’s good to see Overkill be so open about this part of its history. In my own opinion, as a longtime fan of Payday 2 with over 2,500 hours in the game, the developer has redeemed itself in the years since. It has removed the microtransactions completely, made all paid skins free, and has continued supporting the game with a plethora of free content, with more coming next week. Let’s hope they learned their lesson!

Are you still playing Payday ten years later? Let us know on our social channels!