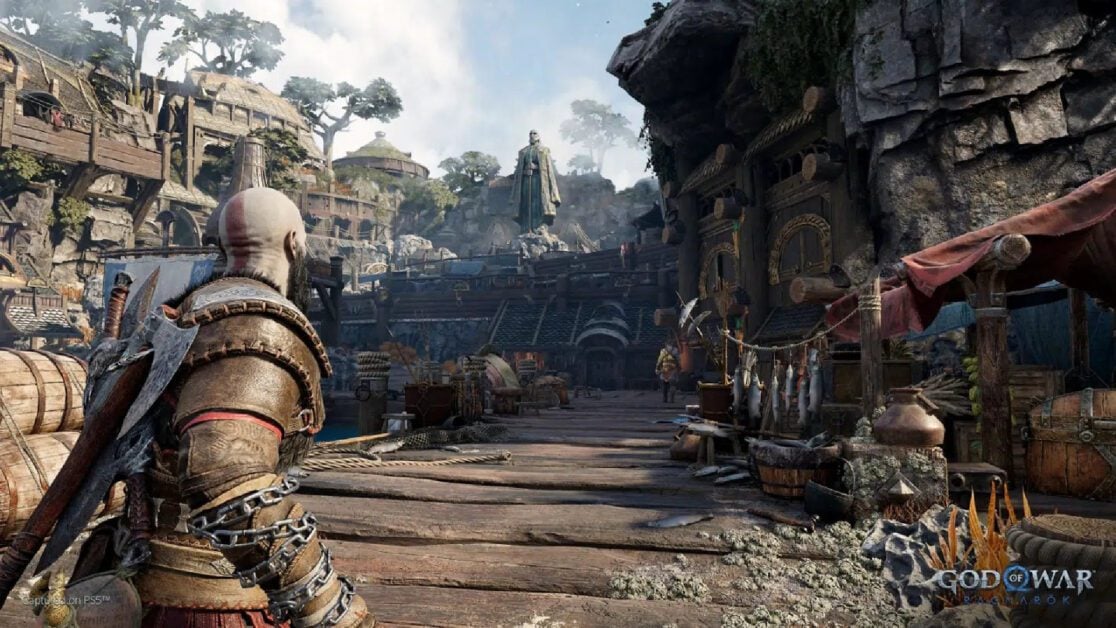 New God of War Ragnarok key features and screenshots have dropped, following the announcement that the 2018 game is coming to PC.

In September, following all the rumours and speculation, God of War Ragnarok was finally announced to the world. At one point, the developers at Santa Monica Studio even shot down the “rumours” that the new God of War title would even carry the name “Ragnarok”. Which obviously, those rumours were very true.

It’s been over a month since God of War Ragnarok was announced but now we’ve got new details and screenshots.

Spotted by mp1st, added details and screenshots dropped on the official God of War Ragnarok product page. I’m sure some details and one or two of the screenshots have been seen before, but I’ll include them anyway.

Some of the details confirm that Atreus will be coming to terms with the Loki prophecy. Weapons such as the Blades of Chaos, Leviathan Axe and the Guardian Shield will return. We can also expect new abilities for Kratos and Atreus.

For added reference, below is the information taken directly from the God of War Ragnarok product page:

God of War Ragnarok will be released sometime in 2022 for PlayStation 4 and PlayStation 5. Are you looking forward to the latest Kratos and Atreus adventure across the nine realms? Let us know across our social media channels.