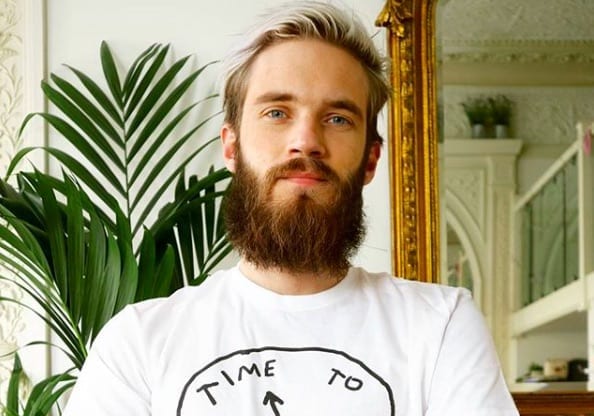 Fans of Respawn Entertainment’s recently-released Apex Legends are petitioning to keep PewDiePie away from the game by banning him.

A change.org petition has been set up by an Apex fan who claims that “Pewdiedie has RUINED EVERYTHING HE TOUCHES” and needs to be banned from the free-to-play battle royale game.

The petition states: “Pewdiedie has RUINED EVERYTHING HE TOUCHES! keep him away from a great game like Apex Legends!

“The game has so much more to give before it dies and with Fortnite coming back from the competition, pewdiepie playing the game would be a death sentence for such a promising game… SO PLEASE! help us keep the game alive and well with a signature and a share!”

It’s not seeing a huge amount of support though. At the time of writing just six people have signed, and of the two comments from supporters, one simply says: “Lets not let this game die :(”

PewDiePie has been known for avoiding games like Fortnite and Roblox – so much so that they’ve become a meme in his fandom. However, in the subscriber war against T-Series, the YouTuber took to livestreaming them to help increase his numbers.

It worked, with the sub gap rising from less than 10k all the way up to 100k in just a few hours.

Unfortunately for the change.org petition, it seems like most people desperately want to see PDP play some Apex Legends.

@pewdiepie needs to play Apex. Now THAT would be epic.

With the highest number of subscribers in the world, it can’t really be true that everything he touches is “ruined,” right…?