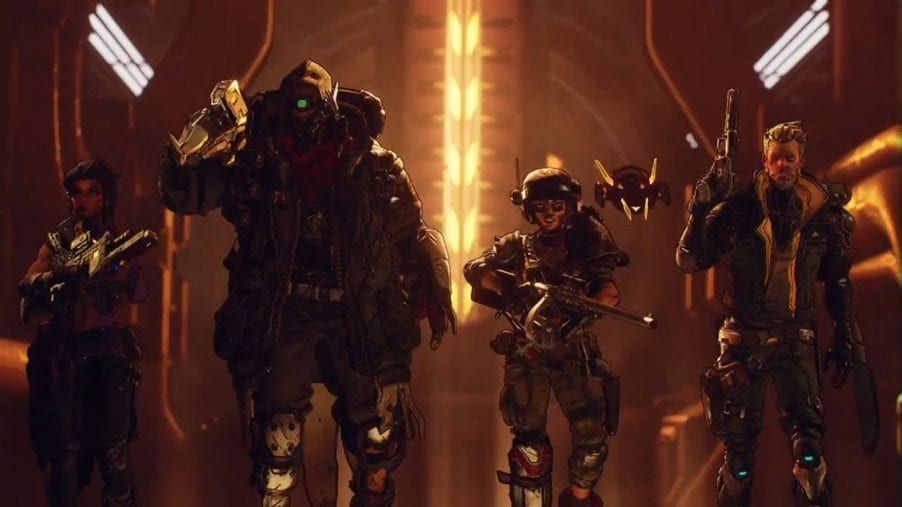 Borderlands 3 has been on everyone’s minds for the best part of a month now. Thanks to cryptic tweets and hints dropped by developers at Gearbox, people were more than ready to see the game finally get unveiled.

Despite a few technical hiccups, Borderlands 3 was officially shown to the world at PAX East just last week, and we haven’t been able to stop dreaming of the game since.

Thankfully we don’t have too long to wait, as Gearbox has confirmed that the game will be releasing September 13 2019 on Xbox One, PlayStation 4 and PC. Hooray!

#Borderlands3 arrives on Xbox One, PS4, and PC on 13th September, 2019! Tune in to the Gameplay Reveal Event on 1st May, where we’ll debut the first hands-on looks! Pre-order now to get the Gold Weapon Skins Pack!
➜ https://t.co/1OM9shtsR0 pic.twitter.com/YwvKBIr8od

Unfortunately, there was one thing that fans wanted to hear during today’s release date announcement that’s sadly been ignored.

Yesterday a leaker discovered what appears to be box art for the upcoming game, and it’s honestly gorgeous. Check it out below.

Instead of confirming or denying the leak when it first happened, Gearbox instead offered up a cryptic tweet, saying: “How do you do, fellow gamers? This sure looks neat! Guess we all better tune in tomorrow at 6:00 a.m. PT to find out if it’s real…” Well. We didn’t. So thanks for that, Gearbox.

How do you do, fellow gamers? This sure looks neat! Guess we all better tune in tomorrow at 6:00 a.m. PT to find out if it’s real… pic.twitter.com/36kuV4xojN

However, everyone’s really hoping the box art is legit, because it’s seriously impressive not just as a game cover, but even just as a standalone piece of art.

HOLY HELL THE BORDERLANDS 3 BOX ART IS AMAZING LMAO I’m so ready for this game <3 https://t.co/SI67KJrKWq

Are you ready for Borderlands 3?