PewDiePie is no stranger to the dreaded YouTube copyright strike and his latest strike is all down to him completing a fan request. 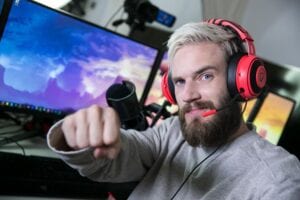 Fans had been clamouring to see Pewds whip out the guitar that’s almost always seen in the back of his videos and serenade his viewers.

His lack of guitar playing actually became a bit of a meme, with the r/PewdiepieSubmission subreddit getting flooded with requests to hear him play.

So he did, and he got a copyright strike.

Pewd’s lovely rendition of Luis Fonsi’s Despacito, which he sang and played on the guitar, was unfortunately too close to the original song. 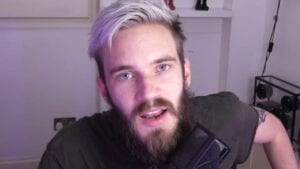 In his most-recent Meme Review, Pewds said: “That’s right everybody. Apparently my cover was so good that it got claimed by 21 parties…I guess it was too close to the original [laughs].”

He jokingly added: “I’ll fight this. I’ll take it to court goddamnit.”

Check out the video below and don’t forget to let us know your thoughts!

In other PDP news (or should we say, Pew News?), his channel has just reached 65 million subscribers, which means he now officially has a following equal to the population of the world’s 22nd biggest country.

That’s a helluva lot of bros…

PewDiePie has come a long way from his initial YouTube videos. He’s arguably the one who started the success of Let’s Plays, and despite how much he seems to hate his earlier videos, the likes of Amnesia: The Dark Descent, Aoni and Happy Wheels remain some of his most popular series. 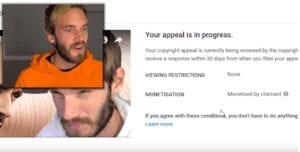 Despite his massive success, the YouTube celebrity hasn’t been without controversy over the years – from being accused of being a Nazi sympathiser to the whole Fiverr thing, Pewds has had a lot of hate in the industry.

Not from us though!