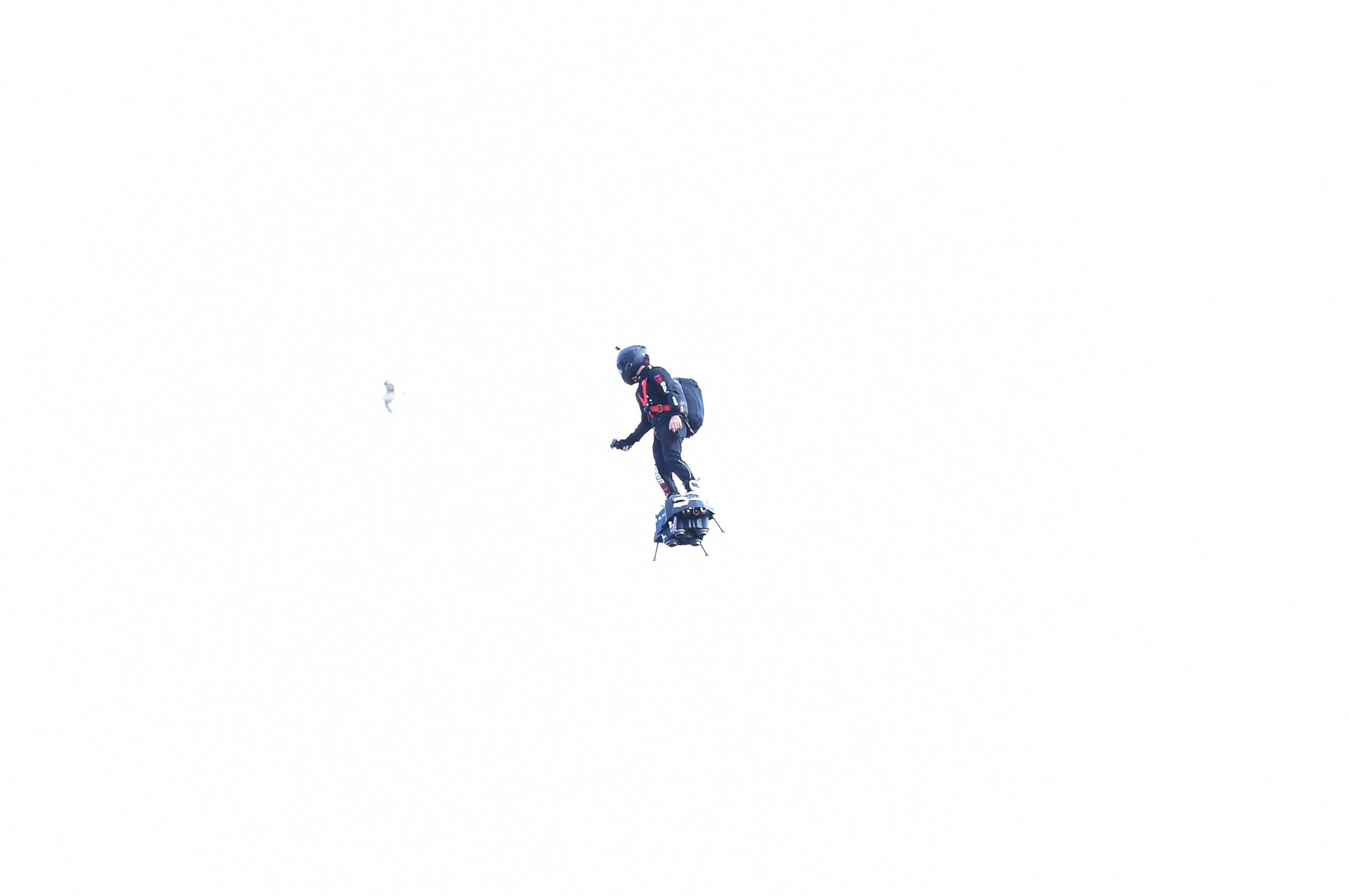 In what feels like a storyline taken straight from GTA, airline pilots reported sightings of a man in a jetpack flying 3,000ft in the air above Los Angeles.

The FBI is reportedly looking into the sightings after the man was spotted by pilots on two separate flights.

A number of US media outlets obtained the recording of communications between the pilots and air traffic control.

The controller responds: “America 1997, okay – were they off to your left side or right side?”

The pilot says: “Off the left side, maybe 300 yards or so, about our altitude.”

A few seconds later, another pilot tells the tower: “We just saw the guy pass by us in a jet pack.”

In a statement to NBC News, it said: “Two airline flight crews reported seeing what appeared to be someone in a jet pack as they were on their final approaches to LAX around 6.35pm (local time) [on] Sunday.

“The FAA alerted local law enforcement to the reports, and is looking into these reports.”