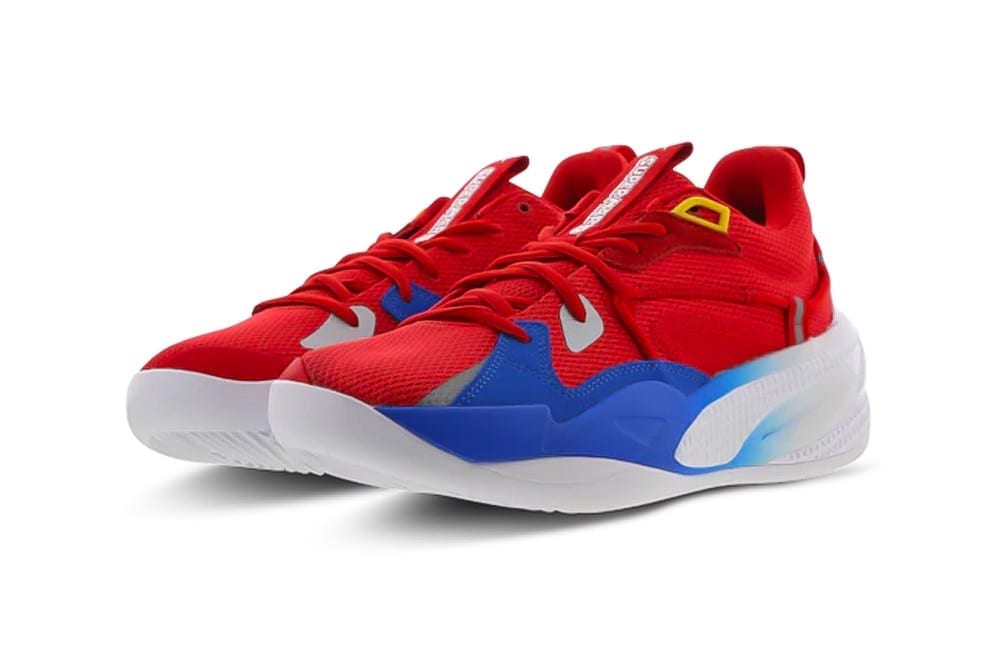 We already knew that Nintendo has a series of special releases and events in store for the 35th anniversary of Super Mario, we may have just found out what another one of these look like.

A listing for “PUMA x Nintendo RS Dreamers” sneakers was reportedly spotted on Footlocker’s Australian website before being pulled, suggesting an official announcement is on the way.

The shoe looks pretty much exactly as you’d imagine, inspired by the iconic red and blue colours that have become so synonymous with the iconic character and definitely more geared towards the bolder fashionistas among us.

While no official release date has been set for the trainers, we’d hazard a guess that they’ll drop on September 13, along with the already-announced Mario collaborations with Lego and Uniqlo clothing.

If you do want to get your hands on a pair, we’d recommend moving fast, as it’s almost certain that the collaboration will come in limited numbers and won’t stick around for long.