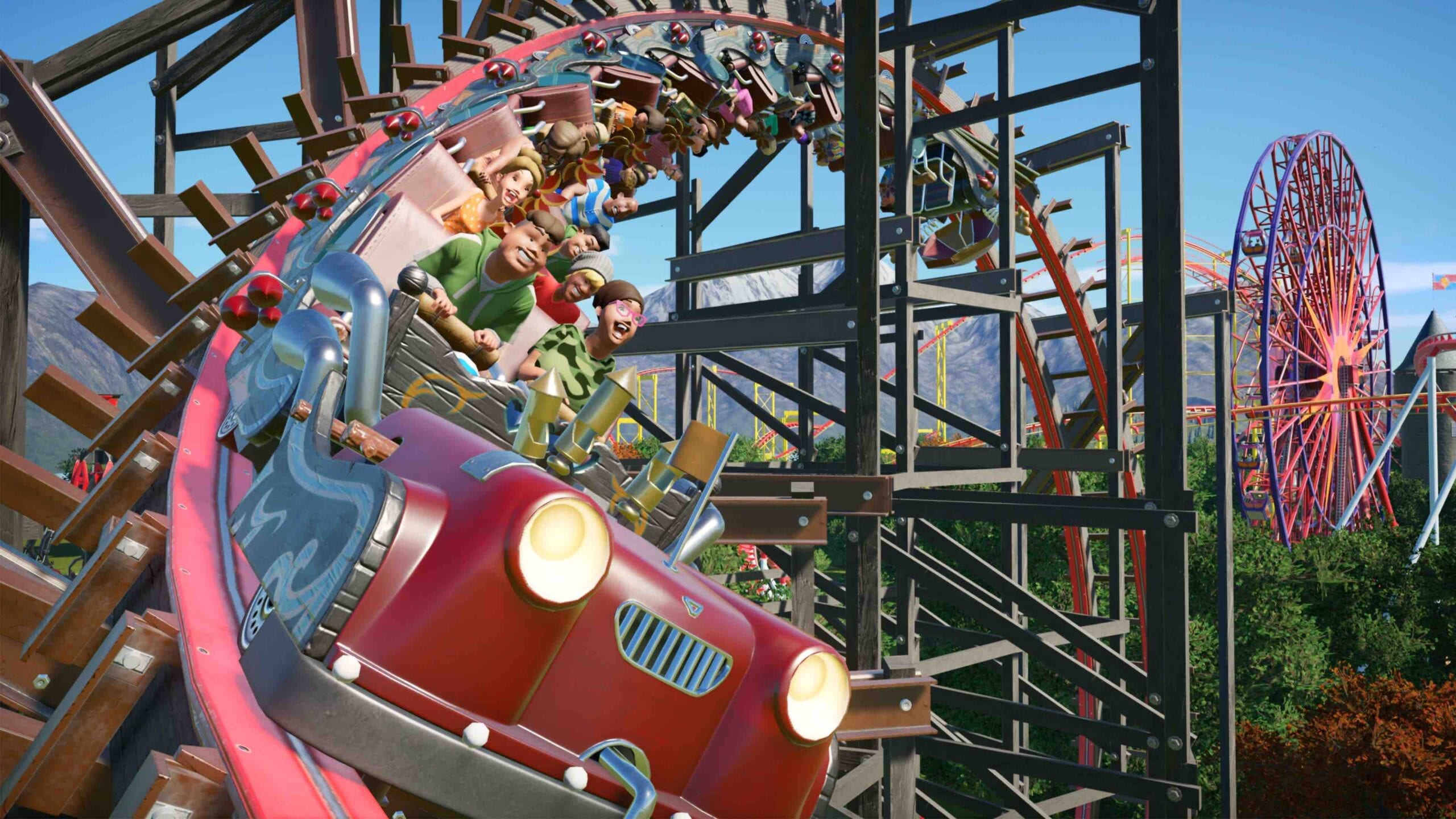 Announcing the news in a press release, Frontier confirmed that both Planet Coaster: Console games will be available on Xbox Series X/S and PS5 on their respective launch days (that’s November 10 for Xbox and November 12 for PS5, or November 19 if you’re in the EU).

The news gets even better, as players with a copy of either of the Planet Coaster console games on current-gen consoles will be able to upgrade to the next-gen version for free. If you’re getting the game for your PS4 or Xbox One, that’s another next-gen title you’ll be able to play – for free – on day one! Hooray!

Frontier explains: “With upgrade path support, those that purchase a digital copy of the game on PlayStation®4 or Xbox One will be able to download the optimised next-gen version free of charge when it becomes available by logging on to their next-gen console with the account they purchased the game on.

“Those that purchase a physical copy of the game will be able to download the optimised next-gen version at no extra cost when it becomes available by inserting the disc into their next-gen console. Next-gen upgrades are not available for physical versions of the game if players have upgraded to PlayStation®5 Digital Edition or Xbox Series S.”

If you’re looking to pre-order the next-gen version, you’ll be able to unlock a special ride: Oswald’s Magnificent Machine.

“This remarkable, one-of-a-kind ride designed by Planet Coaster impresario Oswald B. Thompson, was his first coaster creation and embodies all the fun and excitement Oswald strives to achieve in his parks,” says Frontier of the special ride.

In case you missed it, the official game description reads as follows: “Frontier’s first ever next-gen title brings all the fun and thrills of the critically acclaimed PC original to console. Built from the ground up, Planet Coaster: Console Edition features redesigned interfaces, a brand new radial menu and completely new control system. Anyone can create the coaster park of their dreams by taking advantage of accessible and powerful tools, including detailed piece-by-piece construction and simple-to-use blueprints.”

Planet Coaster: Console Edition and Planet Coaster: Deluxe Edition (available as digital-only) will be coming to Xbox One, Xbox Series S, Xbox Series X and PlayStation®4 on 10 November 2020. PlayStation®5 players can jump into the action from 12 November in the US, Japan, Canada, Mexico, Australia, New Zealand and South Korea, and 19 November in the UK, Europe and the rest of the world.