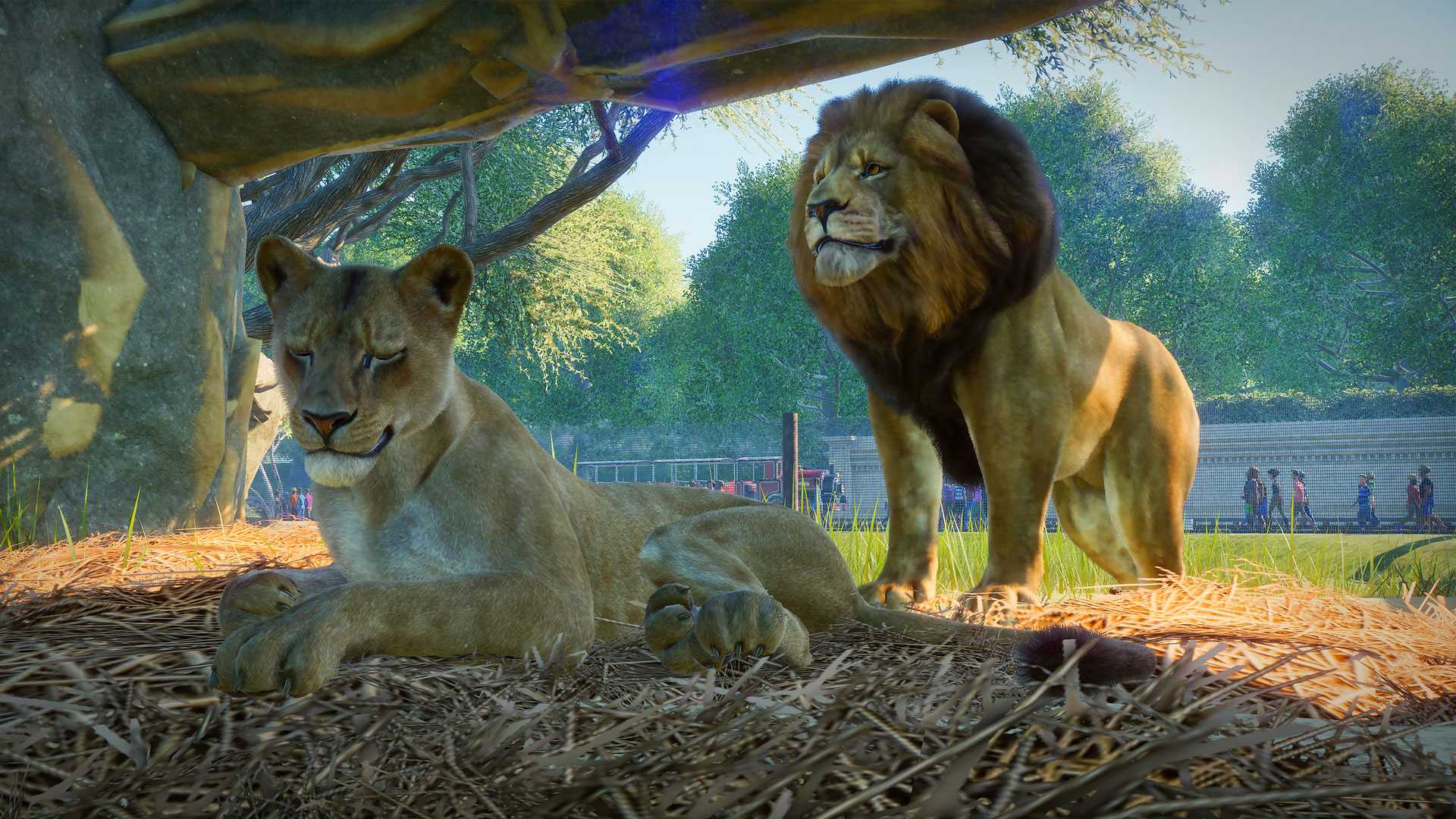 When Frontier, the makers of Planet Coaster and Elite Dangerous, announced their upcoming title, Planet Zoo, I knew we were onto a winner.

As a huge fan of simulation and strategy games (and with a fair number of hours spent with other Frontier titles), it felt like a natural fit for me right off the bat. It wasn’t until I started researching the project and hearing from Frontier’s team that I realised that they were the company behind the original Zoo Tycoon from way back in 2013.

GameByte was lucky enough to be invited down to Frontier’s brand-new Cambridge studio, and I went along to speak to the team behind the project. Having seen the trailer and a 15 minute gameplay demo video, there’s plenty to share with you about the upcoming release.

Here’s everything we know about Planet Zoo so far!

Full disclosure: Frontier and GameByte are working together to promote the launch of Planet Zoo, though this article is not part of this promotional activity.

The developers know their stuff

As mentioned, developer and publisher Frontier definitely has the necessary background in simulation to take on a project like Planet Zoo. With the likes of Elite Dangerous, Jurassic World Evolution, and Planet Coaster under their belts, these guys have plenty of experience creating rich simulated worlds. For Planet Zoo the team seem to have doubled down on their experience with the upcoming release.

Based on the demo, the game seems to be using very similar gameplay mechanics and interfaces to Planet Coaster – which will be welcomed by anyone who’s played the theme park sim. Ultimately, it’s all geared towards two key pillars: building a beautiful park perfect for animals and guests, and managing the economics of what is ultimately a business.

The animals are the stars

So much attention has been given to creating believable and adorable animals in Planet Zoo.

The trailer alone showcases some of the most awe-inspiring creatures in some beautiful habitats. We saw a young elephant playing with a ball (which Planet Zoo refers to as an “enrichment item”), a lion running across an enclosure towards a scratching post, and a couple of bears having a cuddle after going for a quick swim.

In the demo, Frontier was keen to highlight the rich detail in these animals too. There are no scripted behaviours in Planet Zoo’s animal AI – they all have true-to-life pack and herd mentalities, and they socialise as they would in real life (like those bears!).

We saw a herd of zebra in one enclosure – each with their own unique stripe pattern and look, their DNA passed down from generation to generation (which brings with it challenges like fertility management and vulnerability to disease).

From a zoomed-out management view you can see your park as a living, breathing organism with guests, animals, and the world all interacting with each other as they would in real life. Zooming in and getting into detail, you get a totally different experience with the animals, showing off everything from individual behaviours to the creases in a hippo’s skin.

You are the architect

Frontier has given you the tools you need to care for the animals, and you – as the architect and manager of this park – are tasked with creating a zoo which is great for its animals and guests in equal measure.

You can sculpt everything from flowerbeds to shopfronts, build elevated walkways across enclosures and dig into the ground to create pools for animals to play in and drink from. And you’ll need to. Everything in Planet Zoo has a purpose, there’s nothing purely cosmetic – everything increases or impacts guest happiness or improves the quality of life for your animals.

When it comes to building you’ll need to create covered enclosures to protect animals from the dynamic weather (including rain and snow) and provide privacy for animals while they rest. This has to be balanced to still give guests the opportunity to see them, but it’s no simple feat. If the animals become too exposed to the elements they’ll suffer in terms of their health, and if they become too exposed to guests they’ll be stressed due to lack of privacy.

This all starts from the moment you choose the location of your park. European zoos see more rain than those built in warmer climates, which is obviously great for some animals, but perhaps not so good for those who are used to Sahara-like conditions.

At the moment, we really only have that trailer and the 15 minutes of gameplay we’ve seen to go on. We’re yet to learn about the story (other than we know there will be one), and there’ll likely be a lot more details released about the community side of things. But, if Planet Coaster is anything to go by, there’s going to be hundreds of hours of gameplay in Planet Zoo – and we’re itching to find out more!