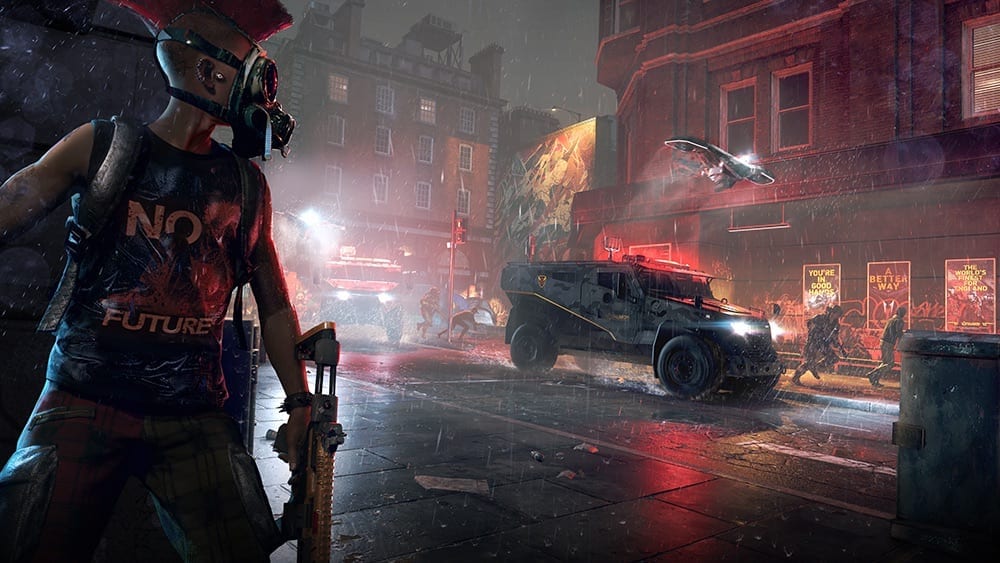 Finally, the long-awaited multiplayer for Watch Dogs: Legion is coming to consoles, PC, and Google Stadia via a free update next month.

Launching on Tuesday March 9th, players in Watch Dogs: Legion will be able to take part in free roam, co-op, and PvP modes with their friends.

So what will the modes involve that is arriving next month, I hear you ask?

Firstly there will be Free Roam mode which is playable with up to three of your friends. In Free Roam you can pretty much do what you want. If you want to explore the city looking for iconic landmarks or causing general havoc, that’s up to you.

However, if you want to take on proper missions with your friends, there are plenty of extra activities to participate in throughout this dystopian city of London.

In the new co-op missions, which are playable for two to four players, you’ll be able to recruit and lead the charge against the oppression that has engulfed the city.

A new mode will also arrive called “Leader of the Pack”.  This particular mode is being described as a “four-player co-op Tactical Op which will require teamwork and efficiency.”

Leader of the Pack looks to be challenging endgame content with narrative-based missions which will push the players to their limits. So make sure you bring your best recruits and gadgets to this fight!

Finally the last of the free modes arriving with the update next month is the PvP, Spiderbot Arena. In this mode, four players must battle it out against each other in a fun but intense free-for-all deathmatch.

The first mission is “Guardian Protocol” which involves DedSec tracking “an algorithm that could allow AI to override human decisions. If they don’t find it, it could be used to turn weaponized drones into autonomous executioners.”

The second mission arriving for season pass owners is “Not in Our Name” and in this mission, a “secret group is stealing DedSec’s name. Worse, they’re also stealing information so their employer, a ruthless tabloid owner, can use it to blackmail their victims.”

Looking past the March 9th content, Ubisoft has also promised that further modes and features will arrive including the PvP Invasion mode, co-op missions, and free characters.

In our review of Watch Dogs: Legion we said that it’s a: “super-fun experience and although it falls short in some areas (such as bugs and character depth), the gameplay mechanics, large open world, and story more than make up for it.”

Will you be trying out multiplayer in Watch Dogs: Legion?