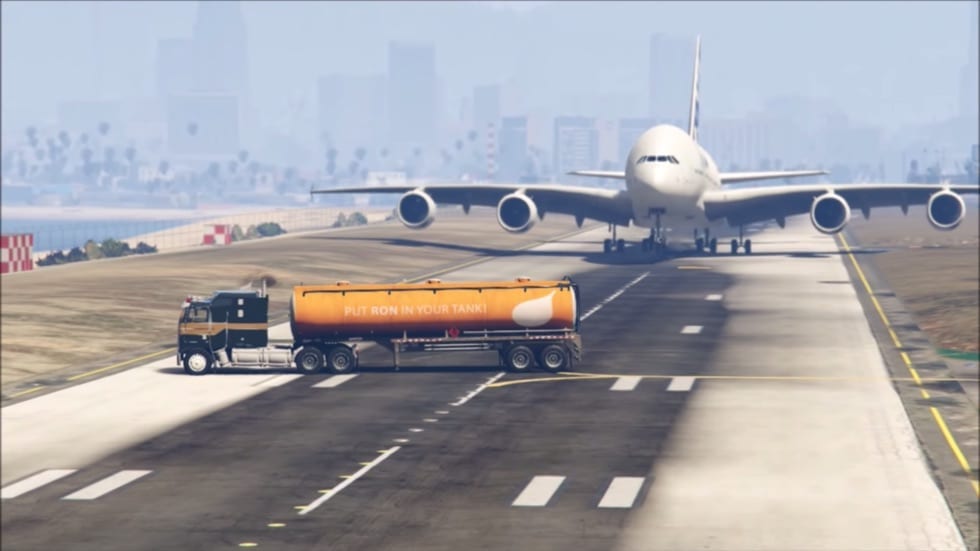 A Pakistani politician has hit the headlines for all the wrong reasons after a Twitter blunder.

Awami Tehreek Secretary General, Khurram Nawaz Gandapur, recently shared a since-deleted video to Twitter [via RT], which appears to show an airplane avoiding a collision with an oil tanker on the runway by mere inches.

Gandapur tweeted alongside the clip: “Narrow escape of an aircraft which could have ended in a great disaster. Miraculous save by the pilot’s presence of mind.”

Eagle-eyed Twitter users immediately clocked on to the fact that the video Gandapur shared wasn’t actually of a real life near-miss, but was instead a clip from Rockstar Games’ Grand Theft Auto 5. A classic case of the social media blunder, in which fact checking has not taken place.

More specifically, the clip comes from YouTuber TheUiGamer. Check it out below.

Of course, the mistake has led to some serious trolling for the poor politician, who probably needs to take a break from social media after all the excitement.

Possibly the most shocking thing to come of the mix-up is the realisation that there are still people on the planet who haven’t play Grand Theft Auto 5.

As one of the biggest-selling games of all time, the Rockstar Games classic has sold over 110 million copies worldwide, and still continues to appear on weekly best-selling lists even to this day.

Khurram Nawaz Gandapur, the Secretary-General of the Pakistani Awami Tehreek shared an animated video of a plane almost colliding with a fuel tanker on a runway, which he believed to be real

It’s also pretty concerning that someone could confuse a game sporting last-generation, six-year-old graphics with real life, although Gandapur isn’t the first person to make the mistake.