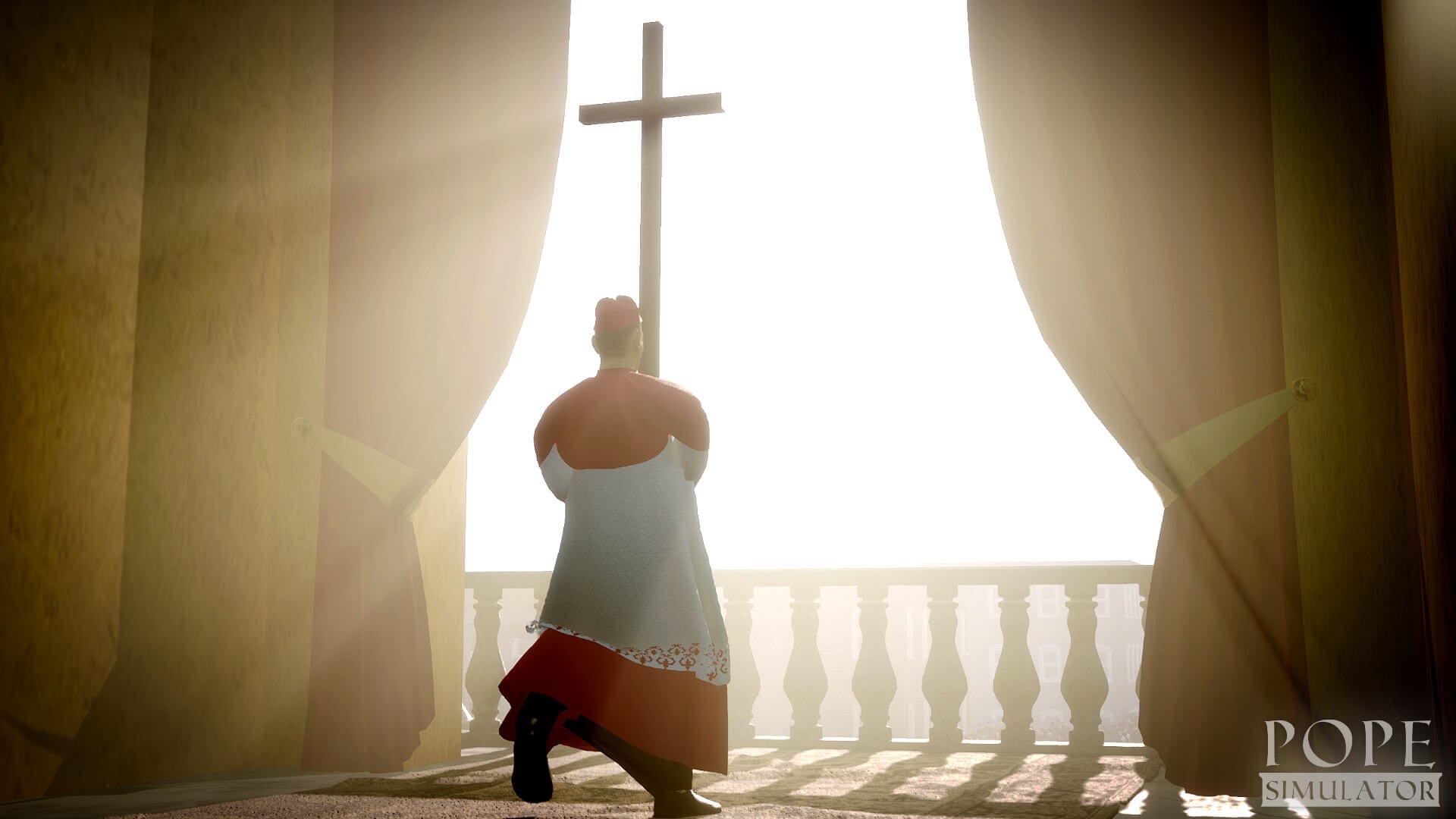 It’s 2020 and a simulator exists for pretty much everything right now. If you’ve been waiting all your life to live out your dreams of being the Pope then you’re in luck, because upcoming Steam game, Pope Simulator, might be exactly what you’ve been wishing for.

Being developed by Majda Games and published by Ultimate Games S.A., Pope Simulator promises to deliver a realistic experience of Pope life, as you try to unite the world and keep your crowds happy.

The game’s official description reads as follows: “Realistic simulator of the Pope – face the problems of the modern world from the point of view of the head of the Church. Make decisions that will weigh on the fate of humanity, convert and support the crowds. Plan the church’s strategic actions through faithful envoys. Manage your travels around the globe. Fight for peace.”

This isn’t just a meme-worthy game though – it looks as though a serious amount of research and effort is going into its creation.

Game features include depleting bars for “Persuasion,” “Knowledge” and “Sacrifice,” and when you run out of strength, you can pray – “to summarize your accomplishments on a given day and to recover for more actions.”

There’s not yet a release date in place for the game, but it’s Steam page proudly claims it’s coming soon.

“The works on the game art are at a very early preliminary stage and the first trailer has been released for illustrative purposes,” said CEO Mateusz Zawadzki.

“However, Pope Simulator is certainly a unique project demonstrating a serious approach to the subject.”

Watch the trailer below to see Pope Simulator in action.

If looks like your kind of game then check out Pope Simulator and wishlist it now over on Steam.