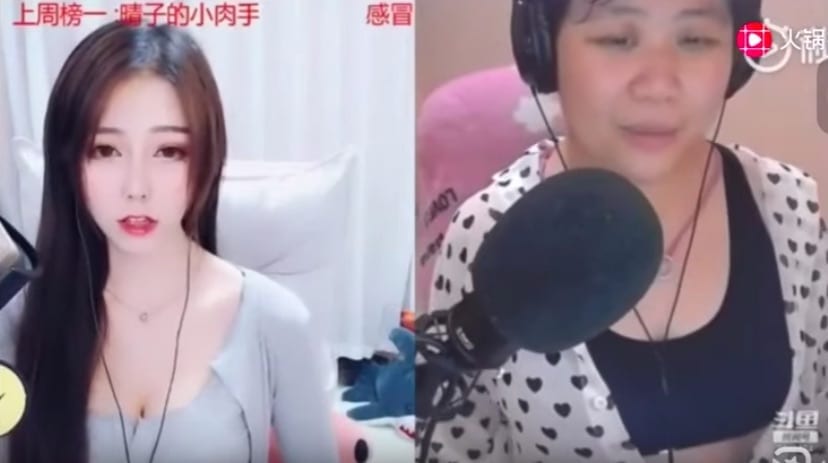 Catfishing is, sadly, a practice that’s not going anywhere anytime soon, no matter how many seasons of MTV’s Catfish there are.

If you weren’t aware, catfishing is the name given to the fraudulent behaviour of people pretending to be other people whilst online. These catfish might be looking for love, adoration or money, but whatever the reason, it can oftentimes lead to incredibly tough situations for victims.

Unfortunately, even the most seemingly-legit places on the internet can house catfish – even if those places usually require the use of a webcam.

Popular Chinese streaming website, DouYu, might not be a well-known site in the West, but it has a huge following in China, and one of its most popular livestreamers has just been exposed as a catfish [via AsiaONE].

Streamer Qiaobiluo Dianxia, also known by her fans as “Your Highness Qiaobiluo,” became one of the platform’s most celebrated channels, despite not ever actually showing her face.

Instead of outright showing herself on camera, Qiaobiluo instead used various graphics to keep her facial features hidden. She did tease her viewers with the illusion of her being a pretty, young lady though, and no-one was any the wiser.

That was all about to change though, as Qiaobiluo announced she’d finally reveal her face on stream – if she happened to hit a donation goal of 100,000 yuan (that’s roughly around $14,500 USD) from her supporters.

Unfortunately for her, a glitch during the stream meant that the graphic she’d been using to conceal her face disappeared: leaving the audience with the shock revelation that Qiaobiluo wasn’t the beautiful young woman she’d been posing as, but was actually a 58-year-old grandma.

Interestingly, this definitely isn’t the end of the Chinese grandma and her livestreaming saga. Despite conning over 100,000 people who were subscribed to her, the scandal has actually led her channel to grow even bigger than before.