In some shocking news, Sony has confirmed that one of the PS5 launch titles – Destruction AllStars – will be heading to PS Plus in February 2021.

Sharing the news on the official blog, Sony writes: “We’ve decided to move the game’s release from November 2020 to February 2021, where it will be included for two months in PlayStation Plus at no additional cost.

“Destruction AllStars is a multiplayer game that’s at its best when you’re competing with gamers online from all around the world. We want as many people as possible to experience the mayhem on PS5, and what better way to do that than to provide the game to our PlayStation Plus members? 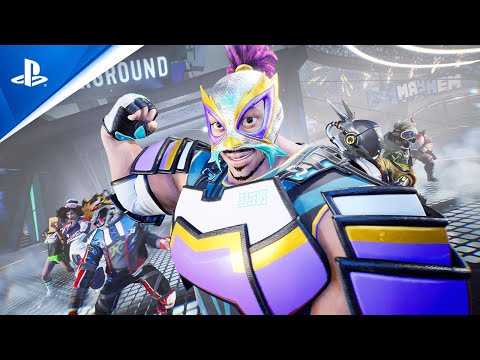 “Next week, we’ll return with a brand-new trailer and more details on the game, so you’ll know exactly what to expect when you download it in February.”

If you’ve already pre-ordered your copy of Destruction AllStars then don’t worry, as Sony has confirmed you’ll be able to claim a refund on the £70 AAA games.

Sony states in the blog post: “This may be disappointing news for some of you who were looking to play the game at launch, but we hope you understand the decision. For those of you that have already pre-ordered the game, be it via PlayStation Store, PlayStation.com, or at retail, your purchase will be refunded.”

Find out more details from the Sony blog here.

“Master the art of intense vehicle-based combat through timing, tactics and skills to cause colossal amounts of damage, destruction and devastation in vibrant arenas across the globe.

“Pile-on the destruction from behind the wheel or leap into the arena with a breathtaking reel of parkour action by dodging attacks, taking over vehicles or using abilities to disrupt the onslaught of incoming vehicles.”

At least we know what we can expect for PS Plus games in February on PS5!