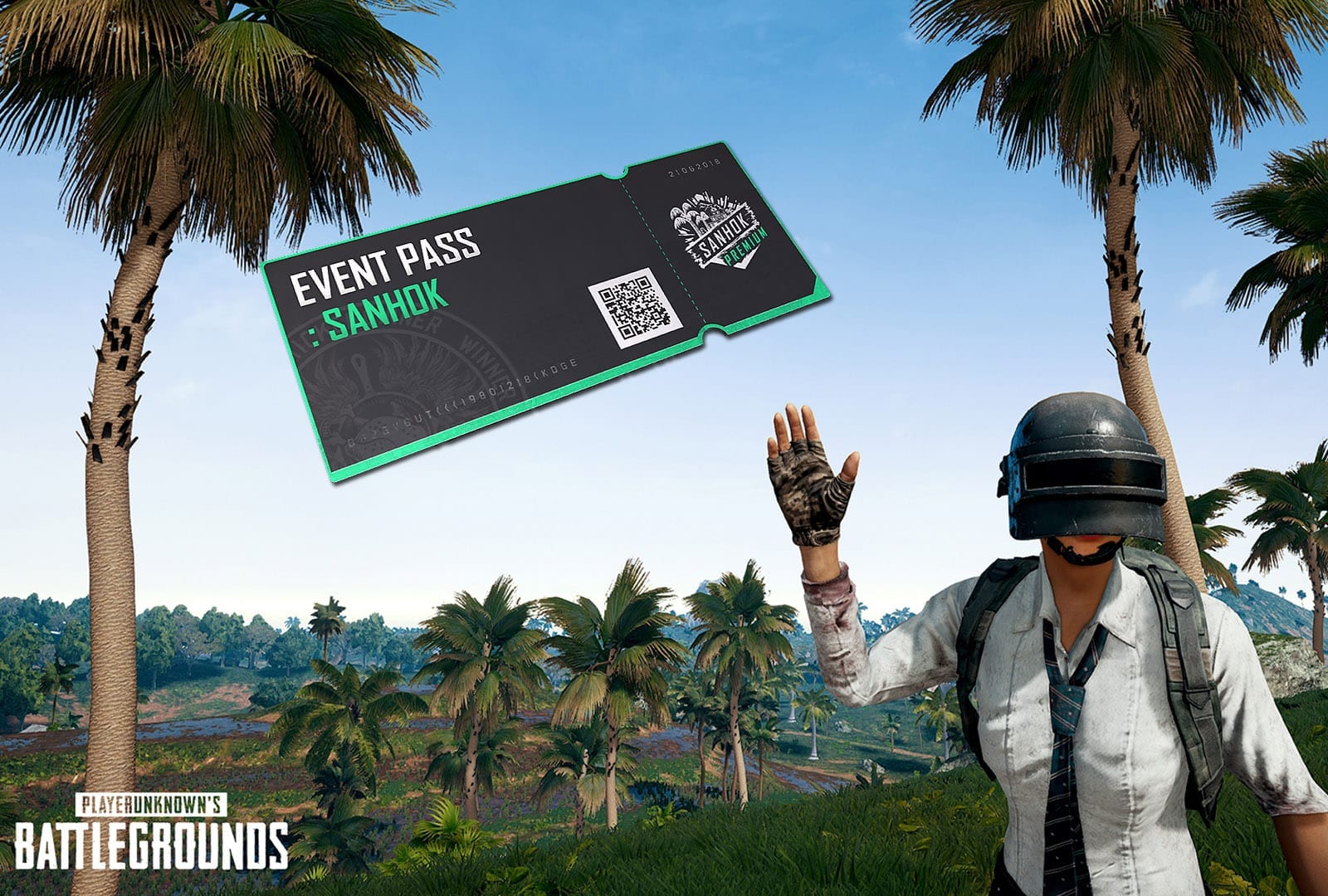 A new event pass will be coming to PUBG on the PC tomorrow, June 22. Check out everything we know about new PUBG challenges, cosmetic unlocks, and the new map, in this article.

The PUBG PC update scheduled for tomorrow will be one of the biggest we’ve seen yet. The new event pass is certainly the highlight. It will feature levels and challenges similar to the Battle Pass in Fortnite. There’s also the opportunity to unlock free cosmetics for completing challenges.

All We Know About PUBG’s New Event Pass

The new PUBG event pass will be dropping tomorrow on June 22. If you’ve already got PUBG installed, you’ll just need to do a small update before you can hop into the game and pick it up.

Just like Fortnite’s Battle Pass, you will need to purchase the Event Pass. It’ll set you back $10. If you want to get a boost up through the ranks, you can also purchase a bundle of five levels for $5.

With the Event Pass, you’ll get 30 levels to progress through. You can XP to grind through these levels by completing daily missions, weekly missions, and map-specific missions.

On top of the missions, you get XP just for playing the game. For every five minutes you are alive in a game, you’ll earn 2XP. If you own the pass, you’ll get 4XP. There is a limit of 80XP per day, or 160XP. 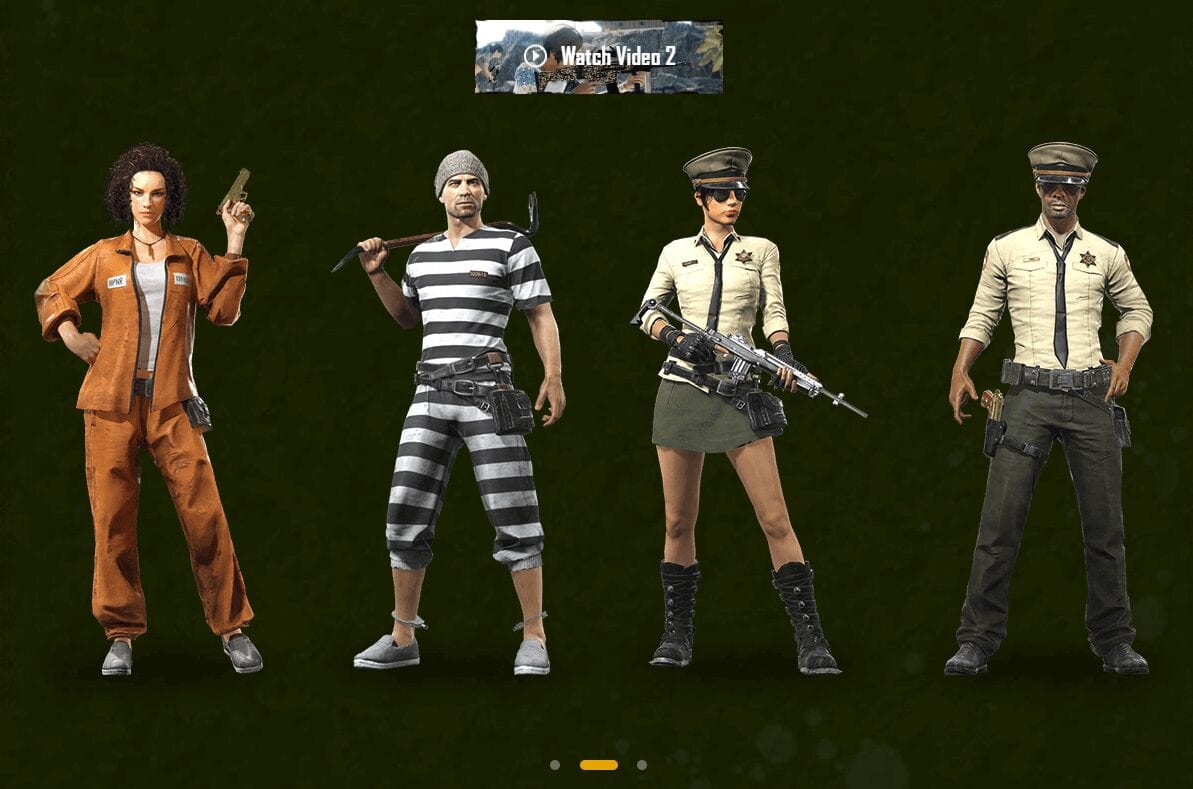 You don’t need the event pass to complete missions, but you do need it to get certain cosmetic rewards and you’ll need it for the Sanhok specific missions.

It’s through completing the Sanhok missions that you’ll be able to unlock permanent cosmetic Sanhok themed outfit sets and a jungle weapon skin for the SCAR-L. 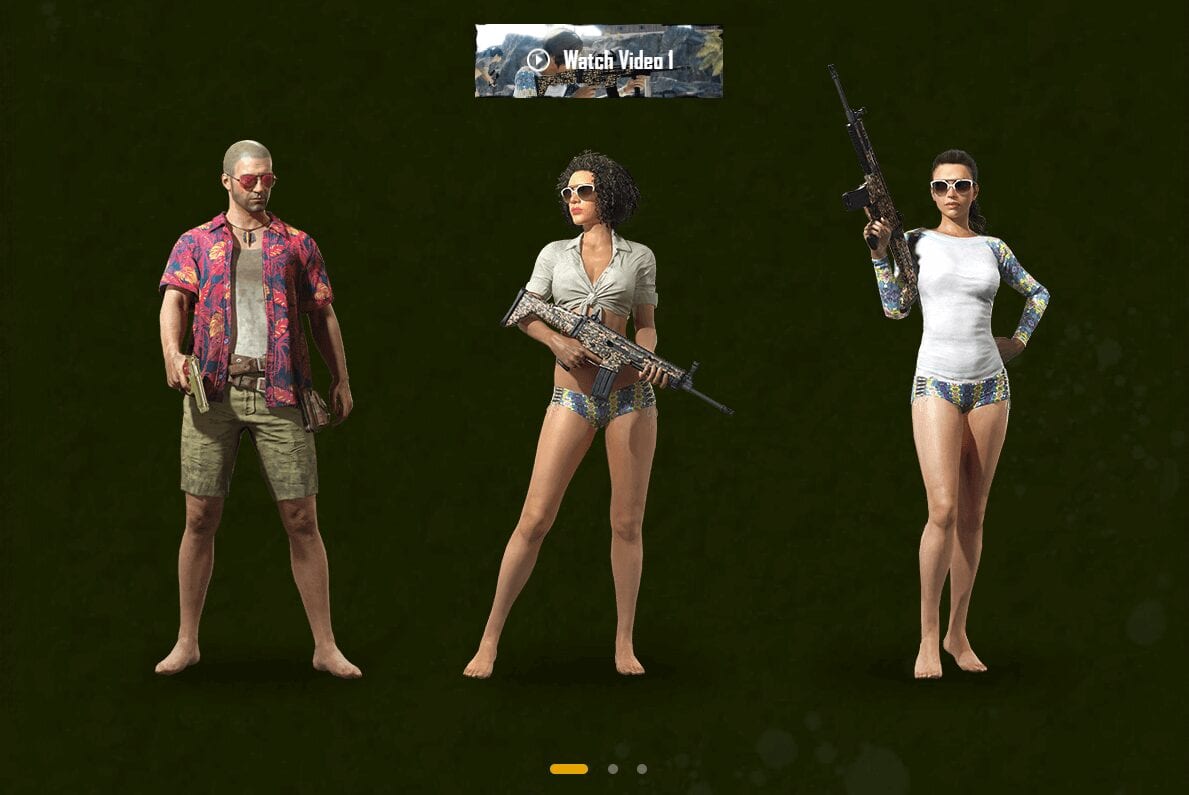 Strangely, though, the SCAR-L has been removed from the Sanhok weapon spawns and it has been replaced with a new weapon. More on that below.

Here is a look at the first rewards you’ll get for reaching level 1-10. The ‘free’ rewards are items that all players will get, regardless of whether you have the event pass. They are limited-time-only rewards that expire after a certain time period. 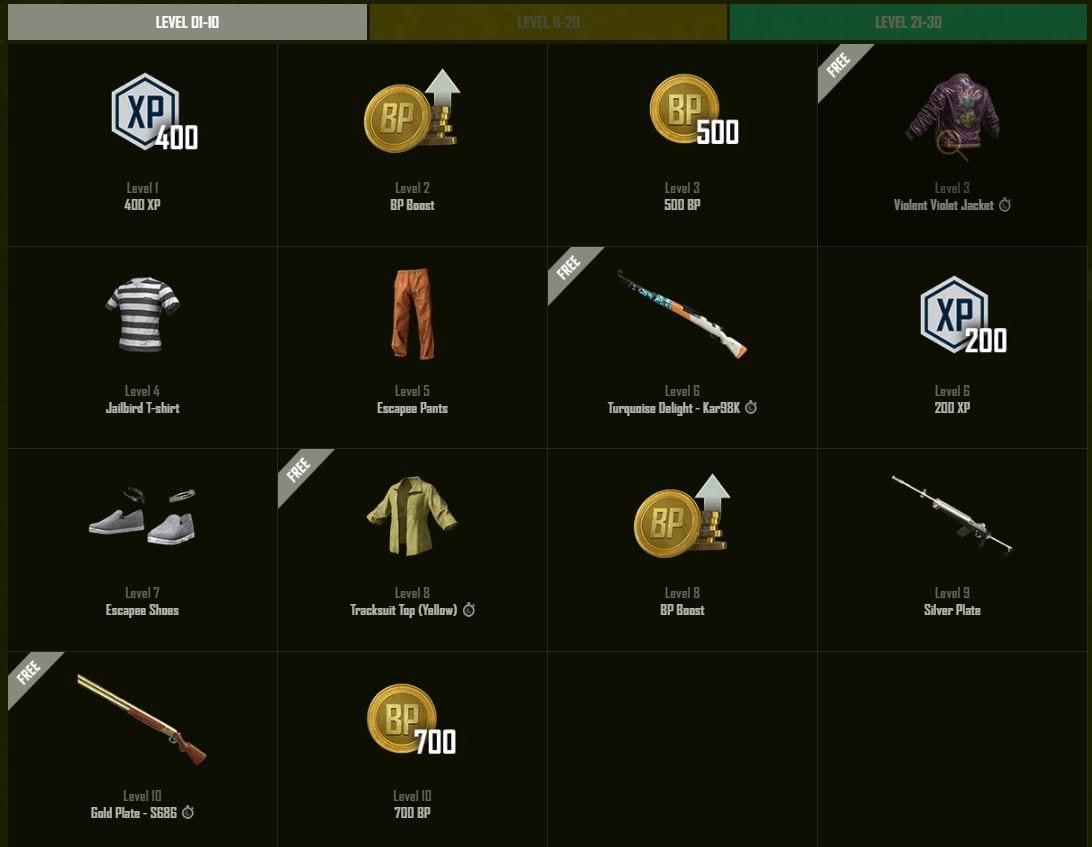 This next image shows the level 11-20 rewards. 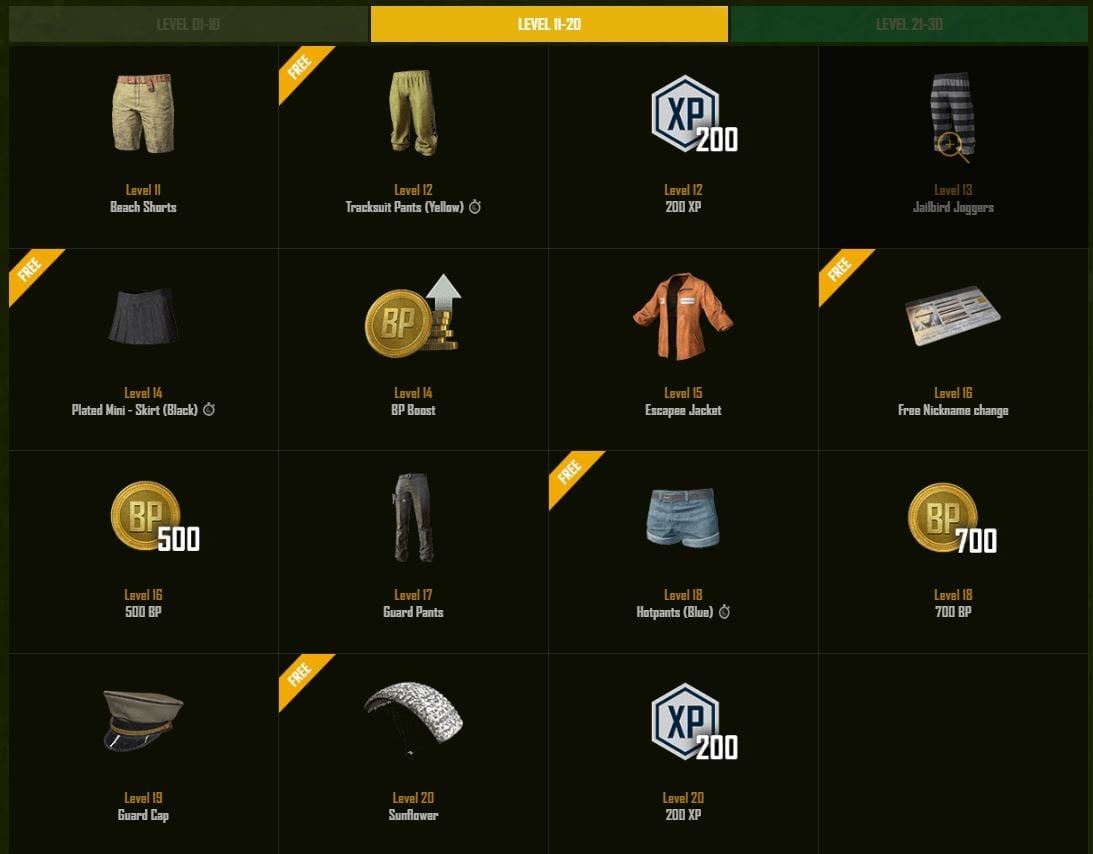 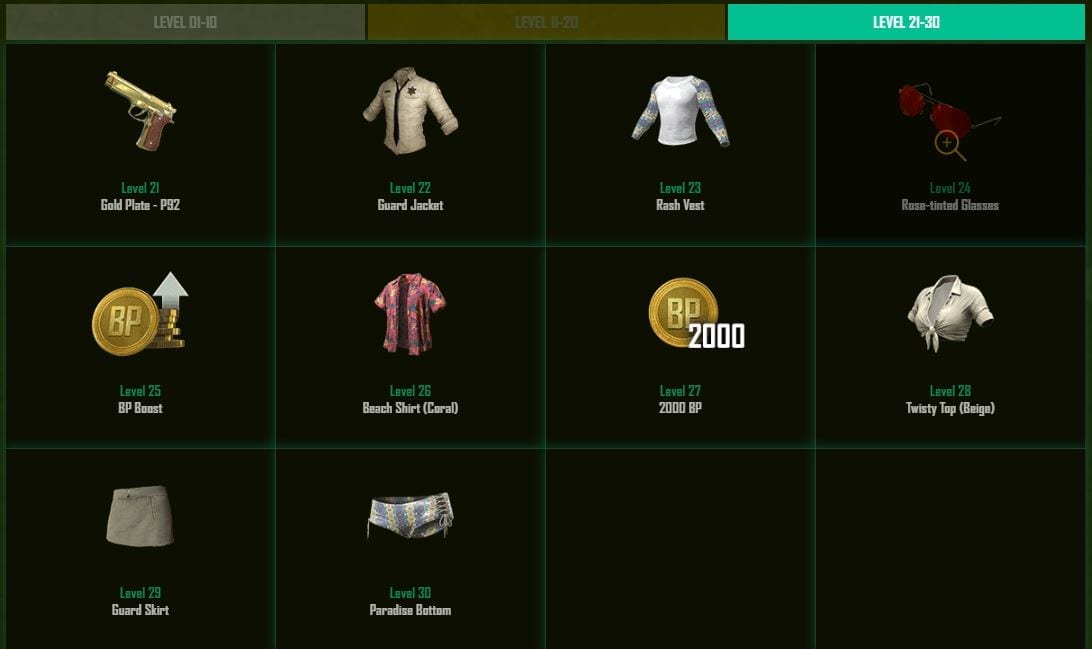 We don’t know what the missions will be yet, but a preview screenshot showcases ‘kill with a melee weapon’, and ‘1 hour in Erangel’. We’ll find out more tomorrow once the pass goes live. 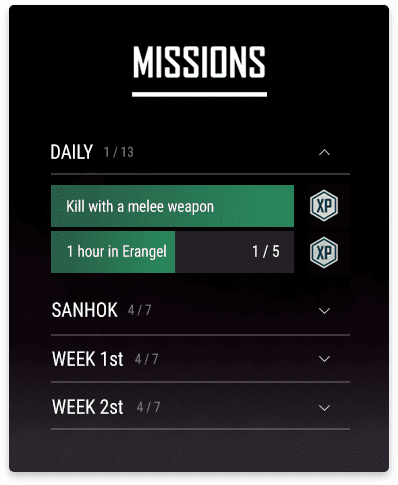 In regards to the ‘free’ trial items, PUBG Corp. explained that they wanted to give players a chance to try the rarer items available in crates.

In a statement, PUBG Corp. said; “The main reason is that we wanted to let players just try out some of the most popular items from crates we’ve released in the past.”

“We thought it’d be cool to give all players a chance to try them out during the launch event. But, we’ve heard your feedback on this. We will continue to work on creating new ways to allow you to unlock great content in PUBG, and that includes offering cooler ingame swag. We’ll keep thinking about how to better use trial items in the future.”

Those that don’t get the pass will have the chance to unlock the two items above for free. These items will be unlocked permanently. 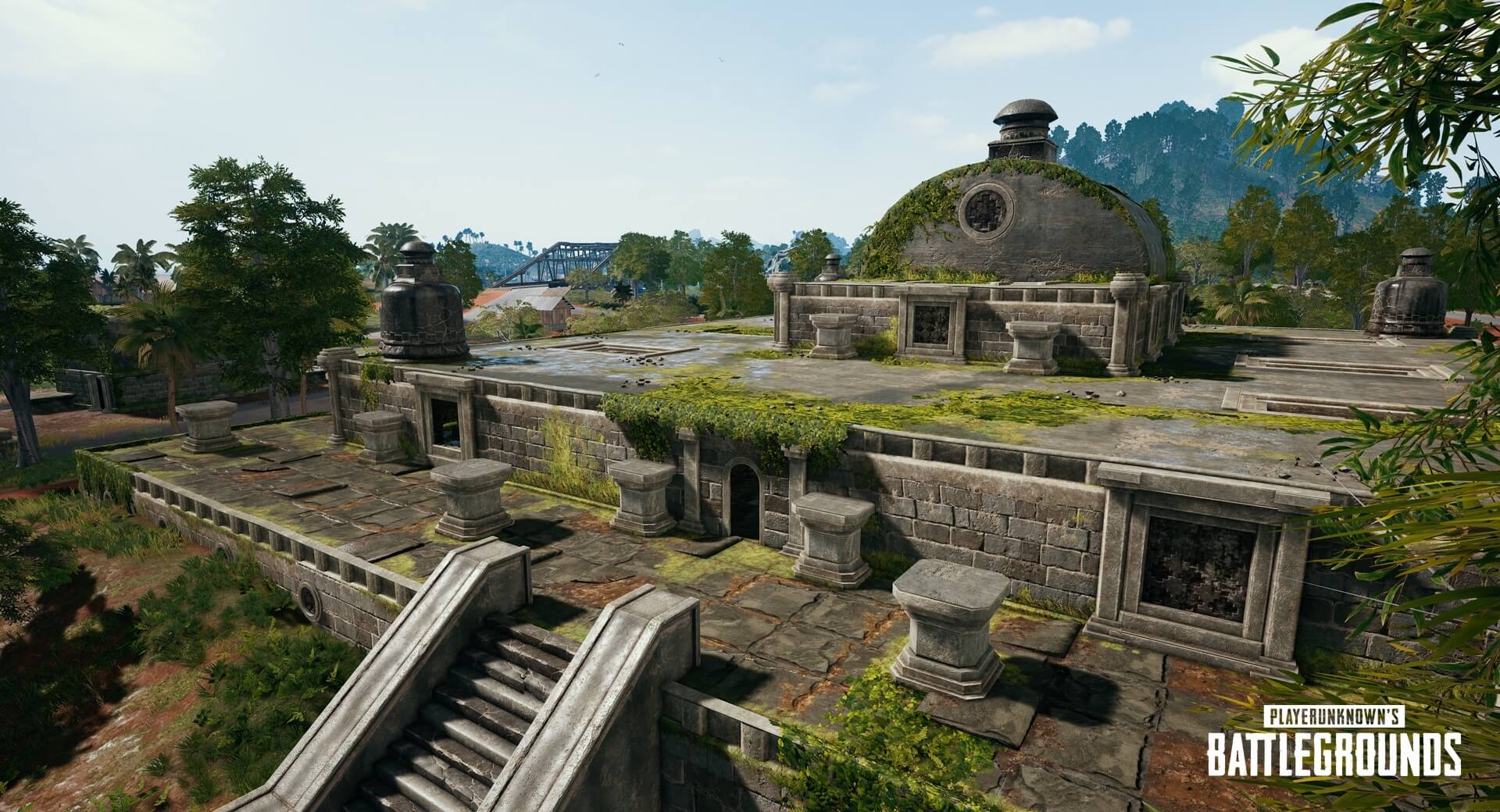 It’s not just the event pass coming to live servers tomorrow. Players will also be able to play the new Sanhok map on live servers for the first time.

The Sanhok map has been on test servers in the past, but these were early access versions of the map.

Sanhok is a jungle themed map that’s far smaller than Erangel and Miramar. Sanhok is inspired by South East Asia and has a number of areas you’d expect to find in such a location. This includes ancient ruins, resorts, and beach towns. 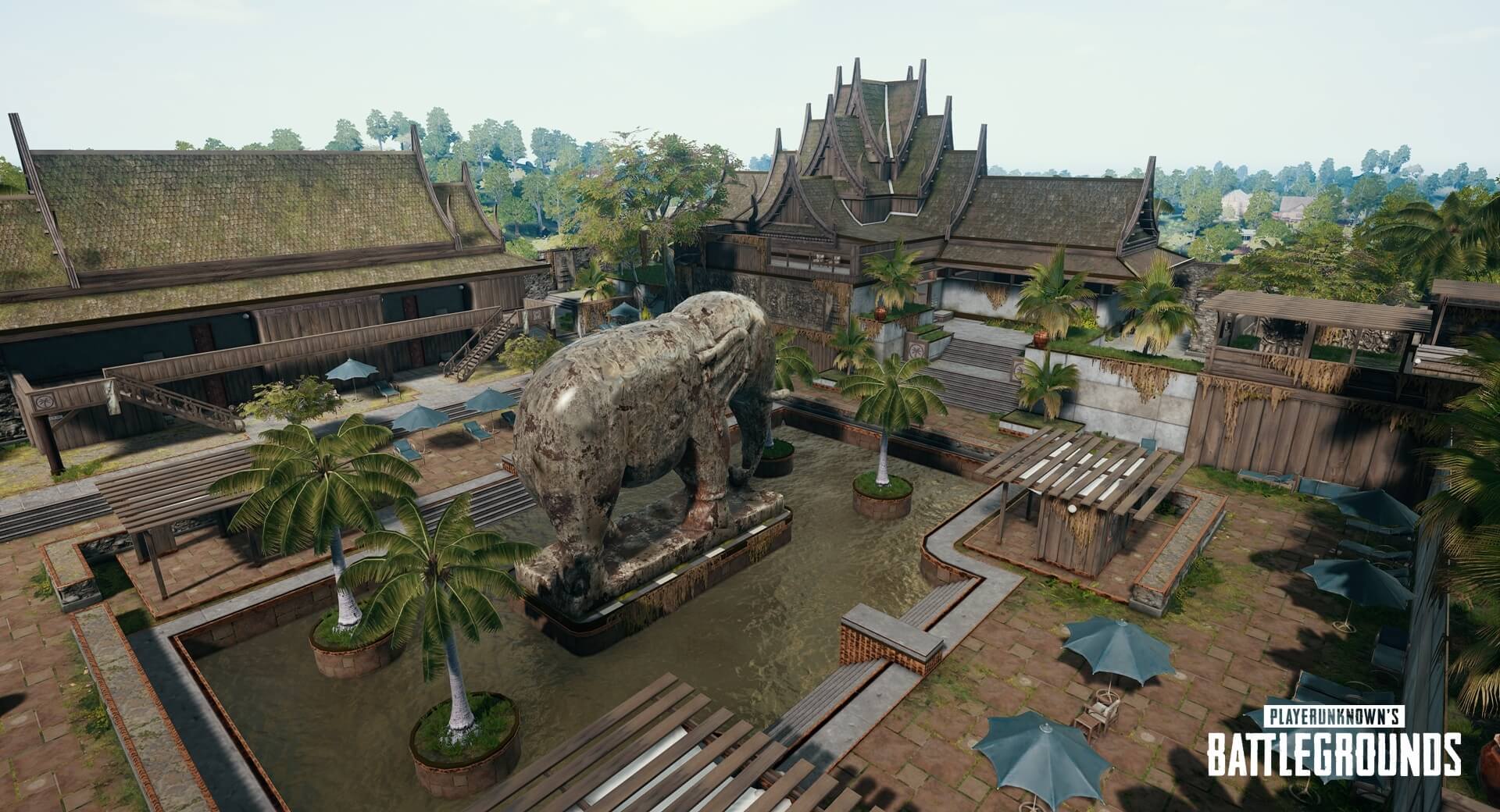 There is also a really neat cave system in Sanhok that players can parachute into as they land.

Despite Sanhok being smaller, the PUBG developers have still decided to amp up the loot spawns. This means that you’ll get looted up quicker and will be ready to jump into the action within just a minute or two of looting.

I’ve played on the Sanhok test server already and I can confirm that Sanhok is far more action-packed and there’s less time where you’re running around without contact from others. 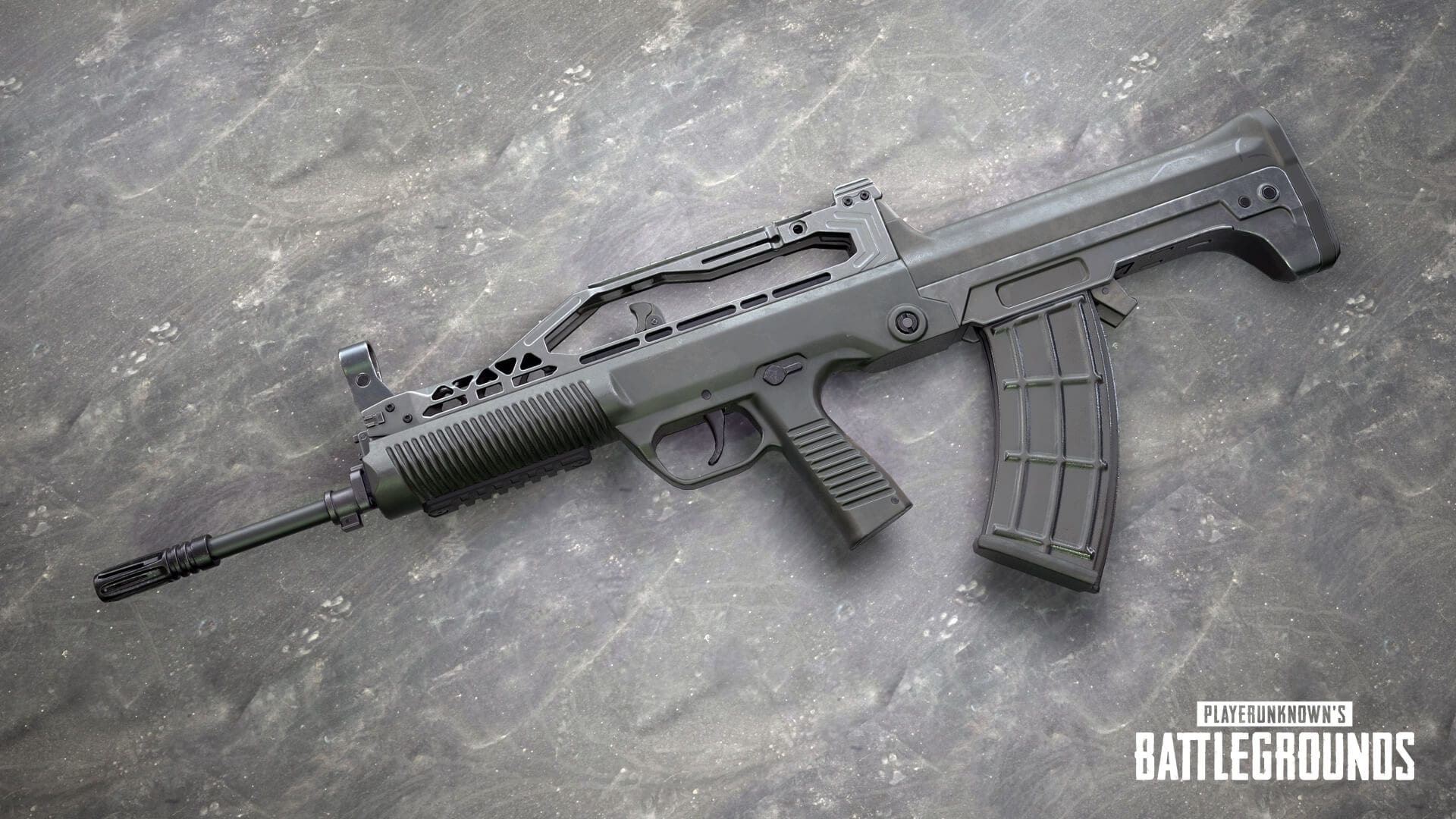 Finally, PUBG will be getting the QBZ assault rifle tomorrow. The QBZ is a fast-firing AR that can hold 30 5.56 rounds, or 40 with an extended mag.

Will PUBG Go Free To Play? 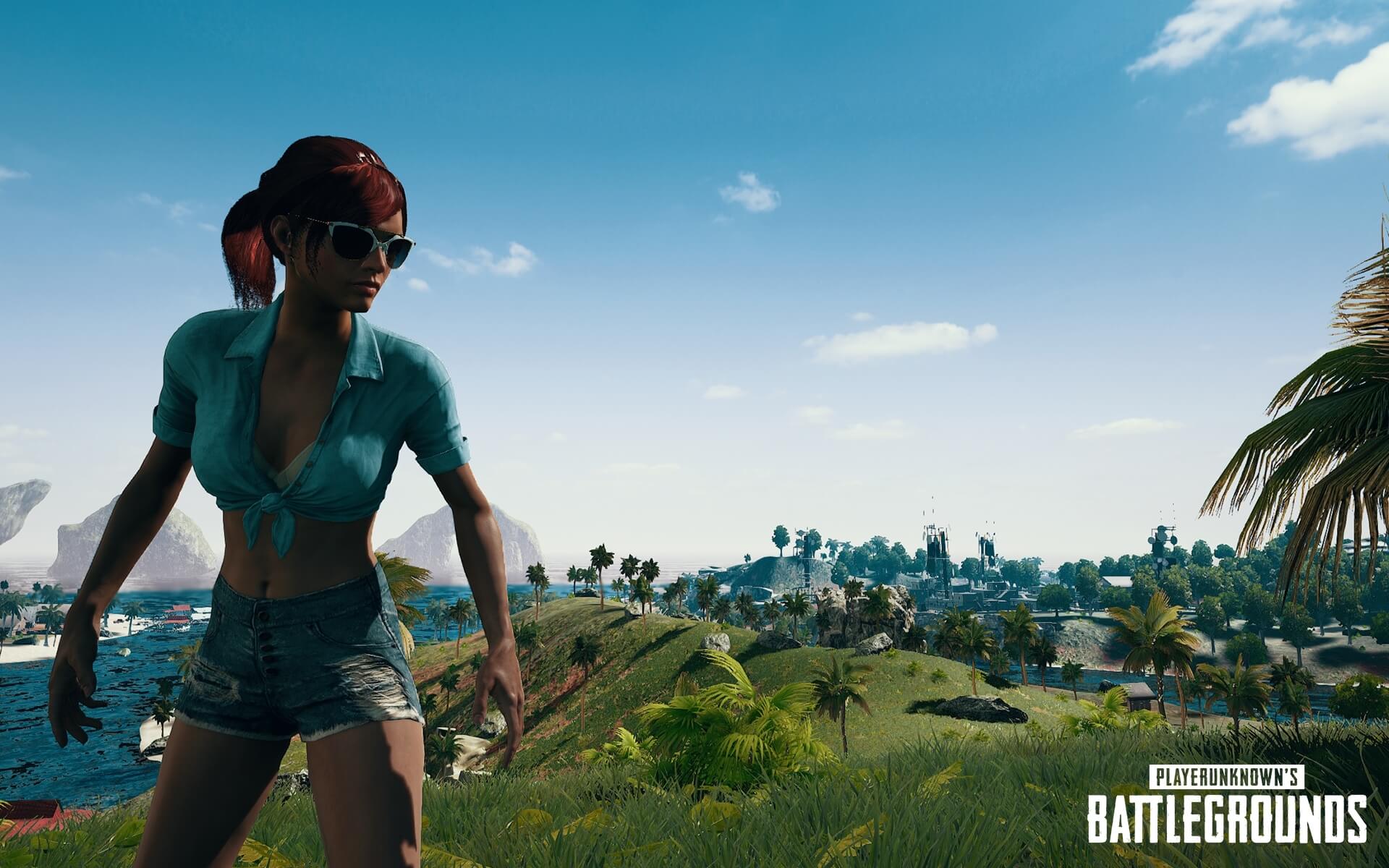 One question that keeps cropping up after the Event Pass announcement is whether PUBG will go free to play. Fortnite has their Battle Pass system as their main form of revenue, but Fortnite is free to play.

PUBG is a paid game, and even with the recent discount, the price of entry is far more than Fortnite’s free to play approach.

It seems unfair that PUBG Corp. are introducing more paid features even though the base game has a price tag.

Ultimately, if PUBG Corp. wants to go head to head with Epic Games, they are going to need to be more competitive. In my opinion, this should mean that PUBG will go free to play in the near future.

There’s obviously no promises, but with PUBG Mobile doing so well despite being a free game, I don’t see why PUBG can’t go free to play as well.

I’d imagine that those that purchased the game would be compensated in some way if this were ever to happen.

I have to point out this is just speculation on my part at this point, but ultimately it makes the most sense when you look at how much Fortnite dominating the scene and leaving PUBG in the dust.

Will you be picking up the event pass? If you don’t own PUBG yet, would you pick it up if it goes free to play?