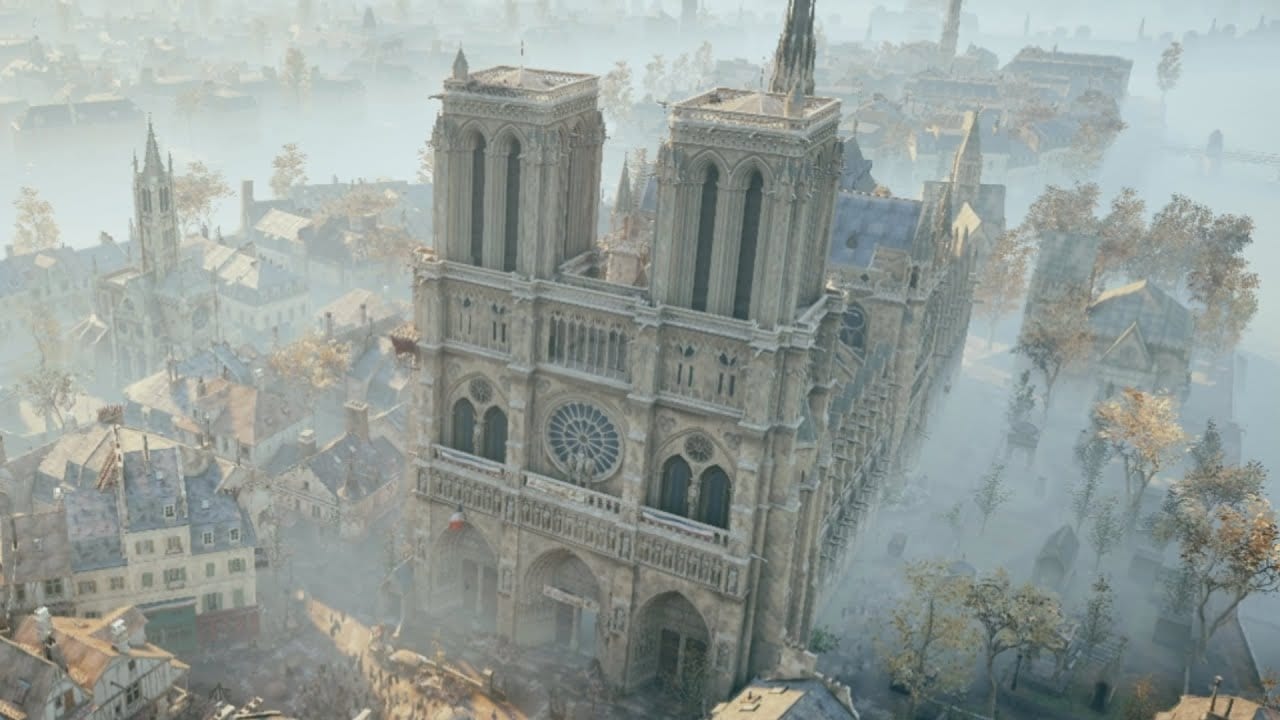 2019 saw a devastating fire that struck Notre Dame Cathedral but what people didn’t expect was the help of Ubisoft and Assassin’s Creed.

At the time it was reported that Ubisoft’s Assassin’s Creed: Unity featured an in-game Notre Dame so realistic that it’s been instrumental in helping to rebuild the structure.

Unity‘s level artist, Caroline Miousse, answered some questions about the process of creating the impressive building at the time, admitting it took two whole years to build in the game.

“Overall, it took 14 months of production to create Notre-Dame, both interior and exterior,” said Miousse. “And it took three weeks to dress its interior in accordance to the Revolution era. This period includes research, testing, asset production and, of course, the numerous adjustments and bug corrections. It ended up becoming our benchmark landmark, both for navigation and visual standards.”

As for giving the historical Cathedral some Assassin’s Creed flavour, Lead Game Designer, Alex Pedneault added: “For a landmark the size of Notre-Dame, with its scale and architectural intricacies, we could find creative ways to travel around, on it and inside it.

“For starters, climbing Notre-Dame is a lot of fun – you need to climb up amongst the arches, gargoyles and spires – one of my favorite things to do is to climb atop one of the twin towers just to get a view of the city.”

On the realism of the AC version of Notre Dame, Pedneault said: “If you do want to go inside it, then we made sure you had several entrances – of course there is a main door, but it might be guarded by enemies…. If you take your time, and look for other entrances, you will find open windows, locks that you can pick, or a trap door opened by a friendly NPC. Once inside, it really is a massive environment – you can literally travel around the balconies of Notre-Dame, and look down at the churchgoers and working clergymen. This is true for all of our landmarks – they were conceived as little sandboxes that encourage exploration.”

In wake of the disaster, Ubisoft gave away free copies of Assassin’s Creed: Unity.

In a press statement, the company said: “We want to give everyone the chance to experience the majesty and beauty of Notre-Dame the best way we know how. For one week, we will be giving Assassin’s Creed Unity away free on PC, for anyone who wants to enjoy it. You can download it now for Uplay PC here, or get it directly on the Ubisoft Store here.“