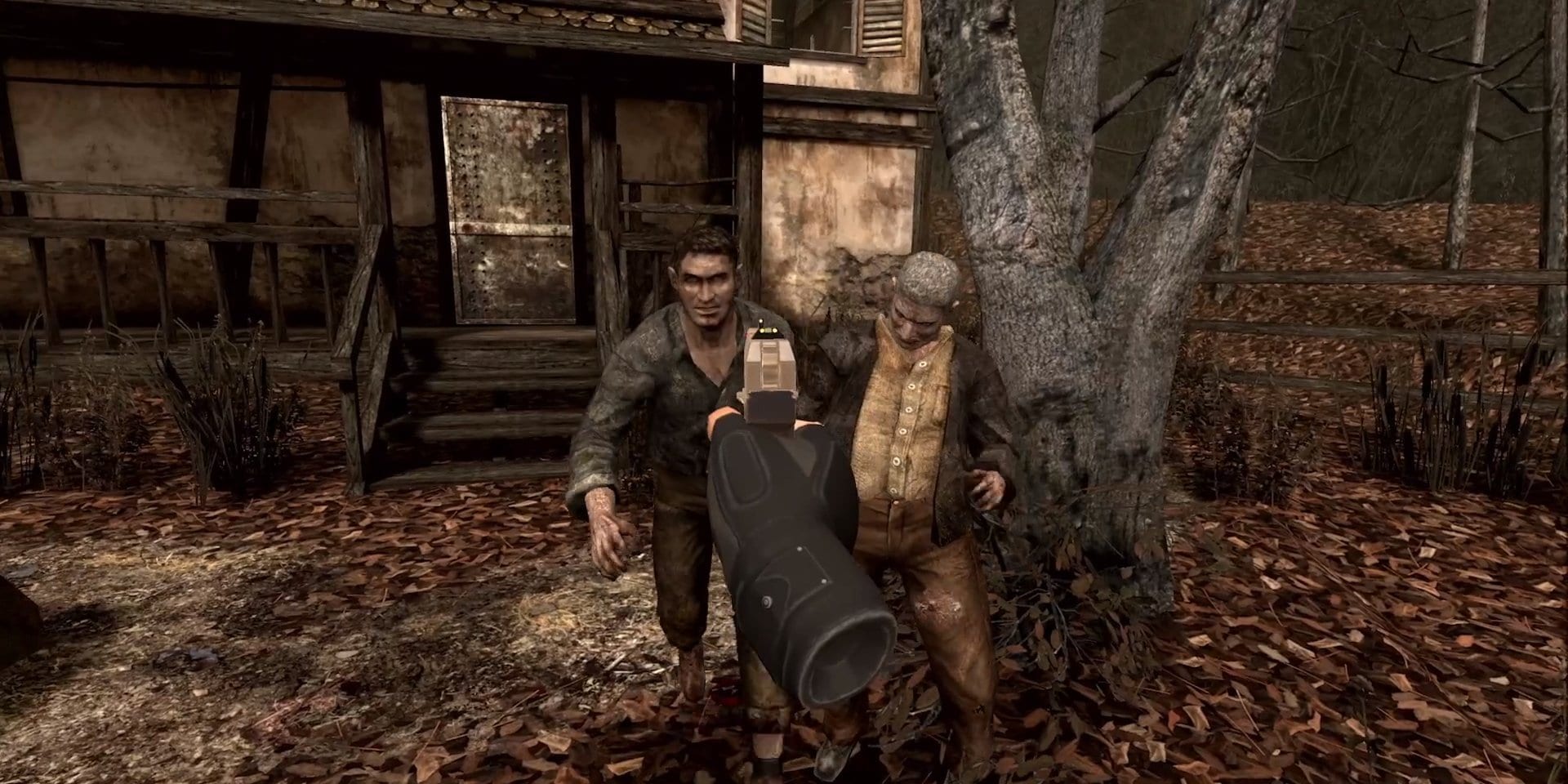 Resident Evil 4 VR was revealed at last week’s Resident Evil showcase. This event also featured new gameplay for Resident Evil Village, along with the announcement of the returning Mercenaries mode.

Ever since Resident Evil 4 first released for the Nintendo GameCube in 2005, it’s seen (varying) success on other consoles. From the GameCube, Wii, Switch, pretty much every PlayStation and Xbox console, as well as some horrid mobile ports, Resident Evil 4 has released on almost every platform imaginable. It’s almost fair to say that it’s become a meme in and of itself!

I admit, when I first heard of Resident Evil 4 VR coming to Oculus Quest 2, I rolled my eyes. However, upon seeing a glimpse of the initial gameplay tease, I was instantly won over.

The Oculus Gaming Showcase was hosted by Oculus Studios executive producer Ruth Bram. She gave us all the juicy details for Resident Evil 4 VR, including that it will release exclusively for Oculus Quest 2 “later this year.”

Resident Evil 4 VR is no mere port. Oculus Studios, Armature Studio, and Capcom have been working on this remaster for around two years.

Bram also revealed that over 4,500 textures have been improved upon. Fans of the series will also be glad to know as well as an increased resolution.  However, Bram did state that character animations and cut-scenes will remain true to the original, but with enhanced visual fidelity.

“My colleagues at Oculus Studios are working closely with Armature and Capcom to rework the entire game for VR,” said Bram. “Every corner of the world is being enhanced and remastered to feel fresh and exciting to OGs and to new fans alike, by racketing up the suspense as only VR can.”

What’s Different About This Release?

In the original versions of Resident Evil 4, when picking up items such as ammo and weapons, you would simply approach them, press a button and they’d be in your inventory.  However, in this VR remaster you can now pick up and inspect the items.

For those of you that might be concerned about VR motion sickness while running freely, the developers at Armature have also enabled the player to teleport from point to point.

At this time Resident Evil 4 VR is exclusive to Oculus Quest 2, but hopefully, it will release on other platforms at a later date.

Are you looking forward to playing Resident Evil 4 VR later this year?  Let us know across our social media channels