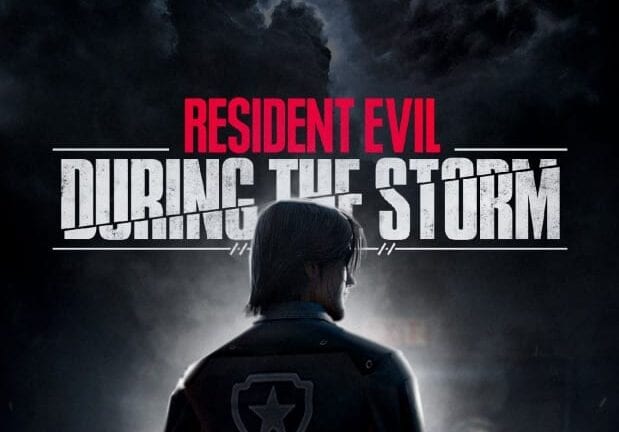 Talented modders, including those behind Resident Evil: Mortal Night and the team at Resi fansite Biohazard Declassified, have joined forces to develop an incredible new mod. Resident Evil: During the Storm may be a mod by name, but it offers so much more than that for fans of the classic horror series.

During the Storm is a complete conversion mod for the original Resident Evil 2 on PC. It will bring its own story, with areas familiar to fans, along with completely new areas that have been created especially for this mod.

Check out the official mod trailer below.

The story of During the Storm stars Kevin Ryman, an RPD police officer who you may remember from the Resident Evil: Outbreak series. The game takes place both before and after the events of the T-Virus outbreak in Raccoon City.

Knowing of the doom that is coming Raccoon City’s way, Ryman is in a race against time to save as many civilians as he can before the zombie-apocalyptic hell breaks loose. During the Storm even has branching storylines!

Looking at the various gameplay videos, the mod is almost as if Resident Evil 2, Resident Evil 3, and Resident Evil: Outbreak got together, and created a love child in an underground Umbrella facility.

As a huge Resident Evil fan that adores this series (and might I add, a fan of the team over at BHd), I can’t express how amazed I am by this mod.

You can download the demo for Resident Evil: During the Storm from ModDB and you can read up on further details over on the Biohazard Declassified website.

Are you impressed by Resident Evil: During the Storm? If so, share the zombie love across our social media channels.