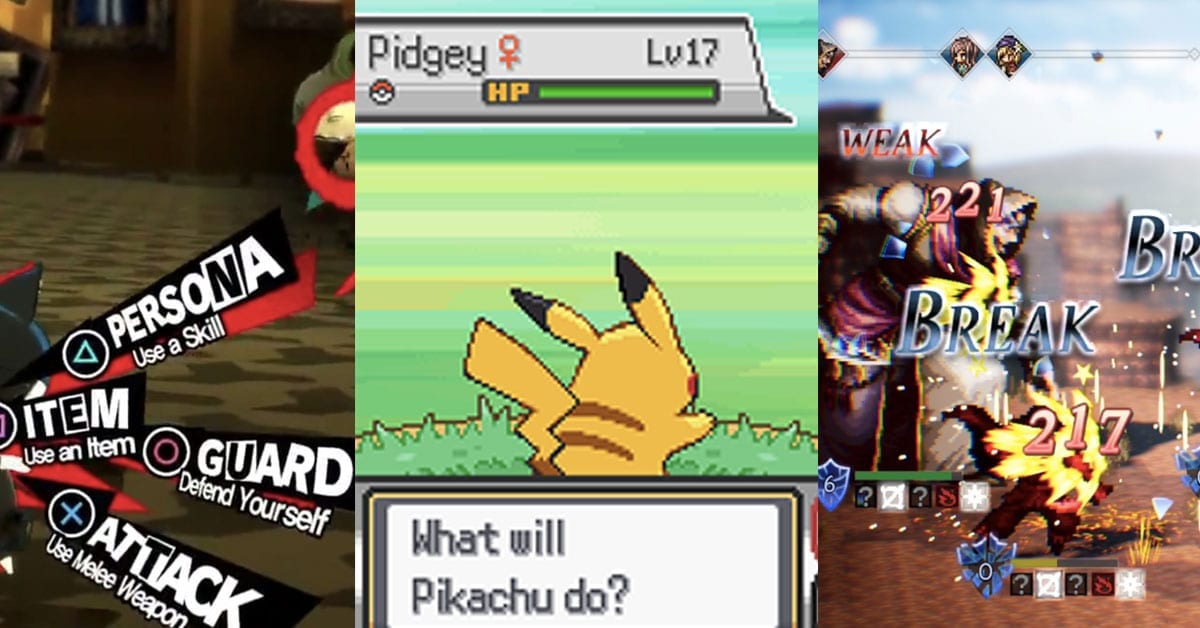 Role-playing video games are constantly changing with the times. The experience the genre offers today is miles apart from its text-based ancestors, which almost exclusively required imagination. Fantastical storylines and cinematic visuals are an essential part of the modern RPG, and the genre has never been more accessible. Mechanically speaking, the genre has also changed. I mean, we’ve come a long way from controlling our destiny by typing elaborate commands, right?

Traditionally, RPGs feature a turn-based combat system. If you’ve ever played a Pokemon game or even some of the earlier Final Fantasy titles, then you’ll be well aware of how this works. It’s essentially a game of tit-for-tat that boils down to careful decision-making and an element of strategy. The system is often menu-driven, which suits the flow of turn-based combat, as it allows players to queue their next move through selection.

Sticking With The Formula

Understandably, some players find turn-based combat to be something of a slog. Long-standing RPGs like Final Fantasy have long since ditched turned-based combat in favour of a more active approach. The result resembles a typical action game with some extra menu-driven bells and whistles attached. Sure, there are still health stats to maintain and magic points to manage, but ultimately, the real-time mechanics hit home differently.

Many players have lobbied for other popular RPGs to follow suit, like Pokemon and Dragon Quest, which have retained their traditional mechanics throughout the years. However, changing these mechanics could fundamentally change what each franchise has to offer.

Turn-based mechanics are often mistaken for being antiquated, but that’s not entirely true. These mechanics function precisely as they should, according to their design. If anything, turn-based RPGs are a standalone genre, one that shouldn’t be eradicated based on personal preference.

The tranquillity of turn-based combat is something of a blessing. Not every player is the same, and some enjoy the structured control that turn-based rulesets have to offer. Strategically giving your character a set of cognitive commands before unleashing them upon your next turn is immensely satisfying, in a similar way to the likes of a card game or chess. Sure, it’s slightly unrealistic to be staring down the big bad while carefully selecting your next move, but realism isn’t always necessary.

Dungeons and Dragons provides a unique explanation for turn-based combat, one that makes it feel more realistic. Each turn within D&D happens within a few moments, while taking a lot longer in reality. How much longer? Well, that’s down to the player. Essentially, each combat scenario in D&D plays out like a fight scene from Guy Richie’s Sherlock Holmes. Time only flows once the player’s decision has been made, and that same principle applies to turn-based video games.

Being able to stand suspended within a combat scene has its benefits, and they’re not all strategic. For one, being able to stand and stare at your grotesque foes is a lovely treat from an artistic point of view. When facing off against enemies, we rarely stop to admire the design effort that has gone into them. RPGs feature some of the most bizarre creatures in the world of video games, so being able actually to look at them before putting them in the ground is kind of special.

Games like Pokemon also have a narrative explanation for turn-based mechanics. The whole premise of Pokemon battles is built around the idea of trading blows in an orderly fashion. Even Team Rocket abides by this etiquette, almost as if there’s no other way to battle. Not only does this make the game’s turn-based mechanics believable, but it gives the process some flare. Like chess, players can create a cunning plan based on strategy, providing some smug satisfaction. This is especially true when battling against another real-life player who is also actively trying to outwit you.

Moving With The Times

So, what happens when these franchises shed their turn-based skin in favour of something else? Well, it leaves a lot of fans with a mechanical itch that requires scratching. Final Fantasy’s transition to action-based mechanics left a gap in the JRPG market, one that craved traditional turn-based gameplay. Square Enix was quick to recognise this, which led to franchises like Bravely Default and Octopath Traveller. These games are imbued with the essence of classic Final Fantasy, while going above and beyond their turn-based inspirations.

Bravely Default actively goes out of its way to disrupt the turn-based genre whilst still embracing its principles. The game facilitates the use of two abilities, “Brave” and “Default,” allowing players to use additional moves at once or reserve them, respectively. This gives the player more control over when they get to take their turn. Bravely Default’s unique system is a testament to the robust nature of turn-based combat. It shows us that rather than merely ditching turn-based mechanics, they can be expanded upon. The result is an experience that’s refined enough to stand out amid Square Enix’s turn-based legacy.

Octopath Traveller also innovates on top of its turn-based structure, adding more functionality to the mechanics. Visually speaking, Octopath Traveller uses a turn progress bar at the top of the screen, displaying each character’s place in the turn queue. While more often than not, the player’s party will be first to attack, it’s nice to be able to visualise who’s going next. There’s also a series of icons beneath each enemy, which are revealed as you discover what weapons and abilities they are weak to. Again, this is a great visual tool that helps the player strategise upon making their next move.

Just like with Bravely Default, Octopath Traveller has its own turn-based gimmick of sorts. Each enemy in the game has a shield icon with a number, which determines how many critical attacks it can take. Upon receiving too many nasty blows to the face, an enemy will “break”, which stuns it for a turn. This changes the dynamics of combat, emphasising who to specifically attack to gain the upper hand.

Of course, Square Enix isn’t the only company innovating within the turn-based scene. Final Fantasy’s creator, Hironobu Sakaguchi, has been carrying on the RPG’s legacy with a new studio, Mistwalker Corporation. Since leaving Square Enix, Sakaguchi has explored the turn-based format’s potential, with games like 2007’s Lost Odyssey. While Lost Odyssey’s combat system is relatively traditional, it does use something called an “aim ring system”.

The system essentially has players holding down the controller trigger and collapsing a ring into a circle. Successfully landing the ring into the greyed-out parameter rewards the player with bonus or critical attack damage. The aim ring system is a subtle yet practical approach to involving the player in the combat proceedings while maintaining a turn-based structure. This is something that became more necessary due to the cinematic nature of modern RPGs, which symptomatically slow down the pace of combat.

Turn-Based Has Never Been Better

Some of the industry’s biggest names might be ditching their turn-based shenanigans, but there’s plenty of titles out there still embracing the system. The Persona series is more popular than ever and features turn-based mechanics at its core. Persona 5’s aesthetic transforms its combat into an abstract adventure that feels frantic and exciting. Its menus look distinctly punk rock, which sets them apart from other games in the genre. Yet, Persona 5 is a fairly classic example of its kind. Its strength? It knows how to dress to impress.

Turn-based RPGs have earned their place within the industry. Sure, they’re far from perfect and require a lot of patience, but ultimately, they enhance the role-playing experience. Hopefully, developers big and small adopt the mechanics into their games, using them in new and unique ways. Even if we do see less turn-based games in the future, at least there’s a whole lineage of historical video game titles waiting to be embarked upon once again.