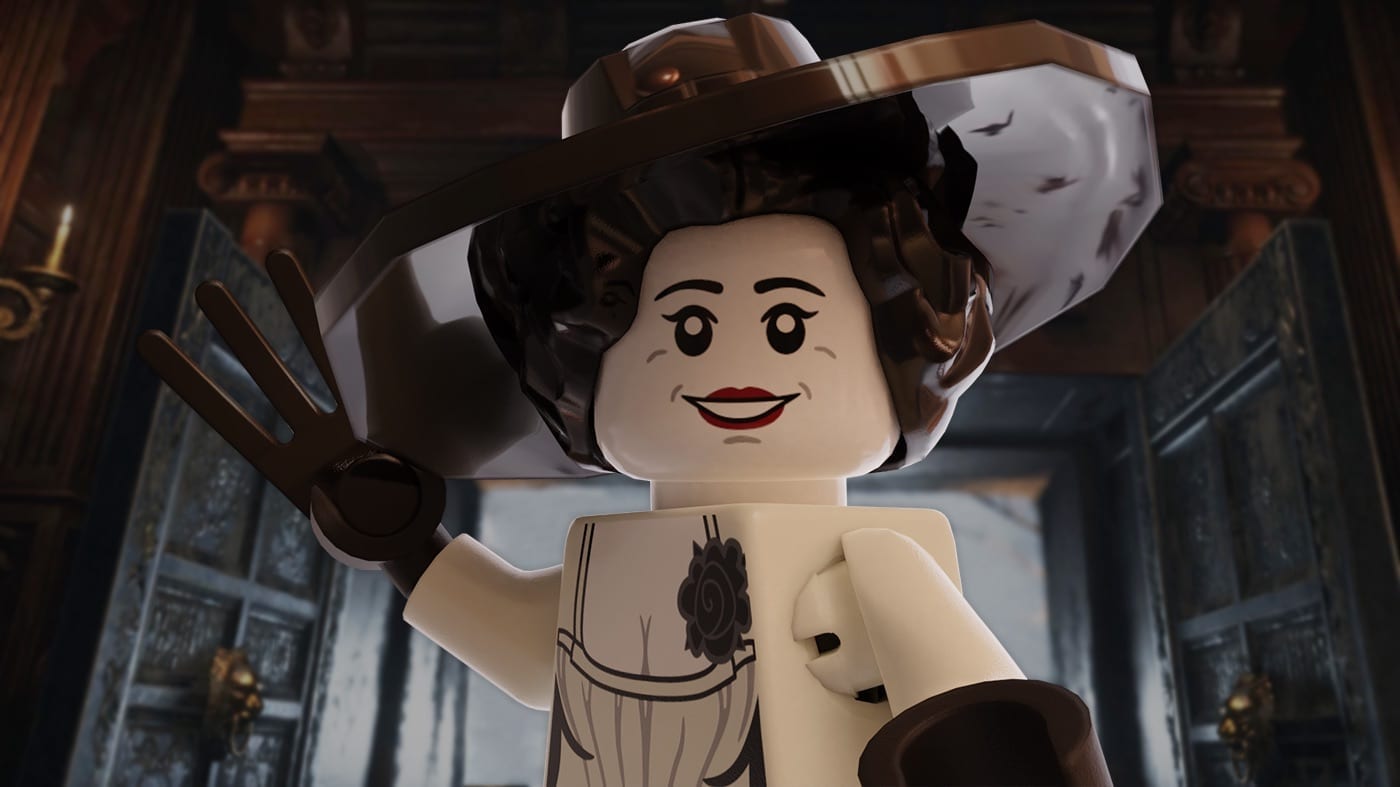 A fan has brilliantly recreated scenes from the upcoming Resident Evil Village with the magic of LEGO.

The images were shared to Reddit, and showcase a mash-up of LEGO mini-figures and screenshots for Resident Evil Village.

The LEGO Resident Evil was created by Demonic_Cucumber who rendered the images using Mecabricks and Blender.

The awesome images include LEGO versions of the “Tall Lady” who we now know is officially named Lady Alcina Dimitrescu. She stands at a whopping 9ft 6” tall, which makes her almost two foot taller than the Nemesis!

As tall as Lady Dimitrescu is, she’s definitely less intimidating in her LEGO form. However, she’s still far more intimidating than the average LEGO mini-figure. Check out the image below!

The recreated Lady Dimitrescu is also accompanied by her three loyal daughters who are perhaps better known as the “Three Witches” (though we only see two of them in the image).

One image features Lady Dimitrescu showing-off those razor-sharp Wolverine-like claws. Another image shows the Lady standing tall, with two of her daughters looking menacing behind her.

The last of the three images features the blonde witch played by Jeanette Maus, who only recently sadly passed away after a battle with colon cancer.

The creator has also kindly put together comparison images so that we can see the source material and the LEGO recreations side-by-side.

“I need these. Make them! Please! Just name your price!” pleaded smitj019.

Are you impressed by the LEGO Resident Evil recreations? Let us know across our social media channels.

Resident Evil Village will release for PC, PS4, PS5, Xbox One, and Xbox Series X|S on May 7th.

Have you pre-ordered Resident Evil Village yet? If not, you can pre-order the highly anticipated survival horror from the GameByte Shop!