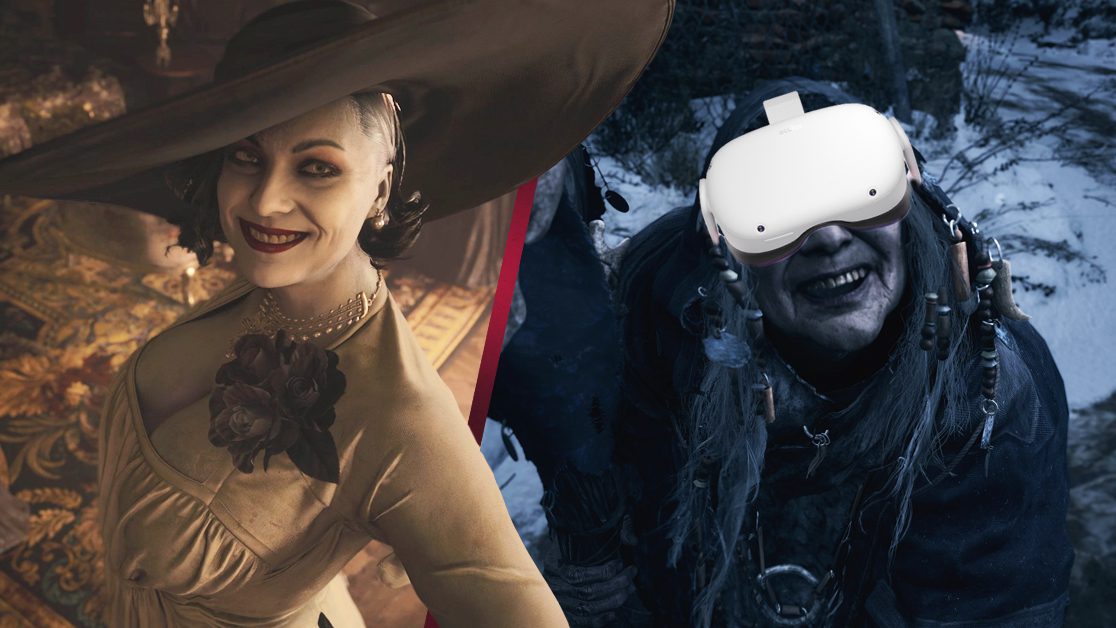 Resident Evil Village is now creepier, and at times, unintendedly funnier with this VR mod. Just don’t put this mod on your babysitter CV.

When Resident Evil 7 was released in 2017, it also came with full PSVR support for PS4. It was considered a hit and was one of the best VR games of its time. However, since RE7, Capcom hasn’t supported any of its following games with VR. Which is an absolute shame.

Resident Evil 7 was a first-person game, unlike the RE2 and RE3 remakes. So, it made perfect sense to provide RE7 with VR support. However, with the release of Resident Evil Village returning to first-person, fans had hoped that VR support would return. Sadly, that was not to be.

To make up for the lack of VR support for Resident Evil Village, a talented modder has taken matters into their own hands. The Resident Evil Village modder in question is Praydog. Thanks to Praydog not only is RE Village supported with VR on PC, but it also comes with full motion controls.

Demonstrated in a Let’s Play by Eurogamer’s Ian Higton, Resident Evil Village looks like an absolute blast being played in VR. It offers a new immersive perspective and ups the horror tenfold. Can you imagine playing that House Beneviento encounter? No thanks!

As previously mentioned, this mod comes with motion controls. Furthermore, it also features hand-tracking, melee attacks, room-scale movement and more. However, as seen during the early moments taking place in Ethan and Mia’s home, this mod can be unintendedly funny.

Thanks to the VR mod, you can now pick up baby Rose and carry her around the house. Oh, and you can also dip her head into salsa sauce! But I’m sure you won’t do that, right?