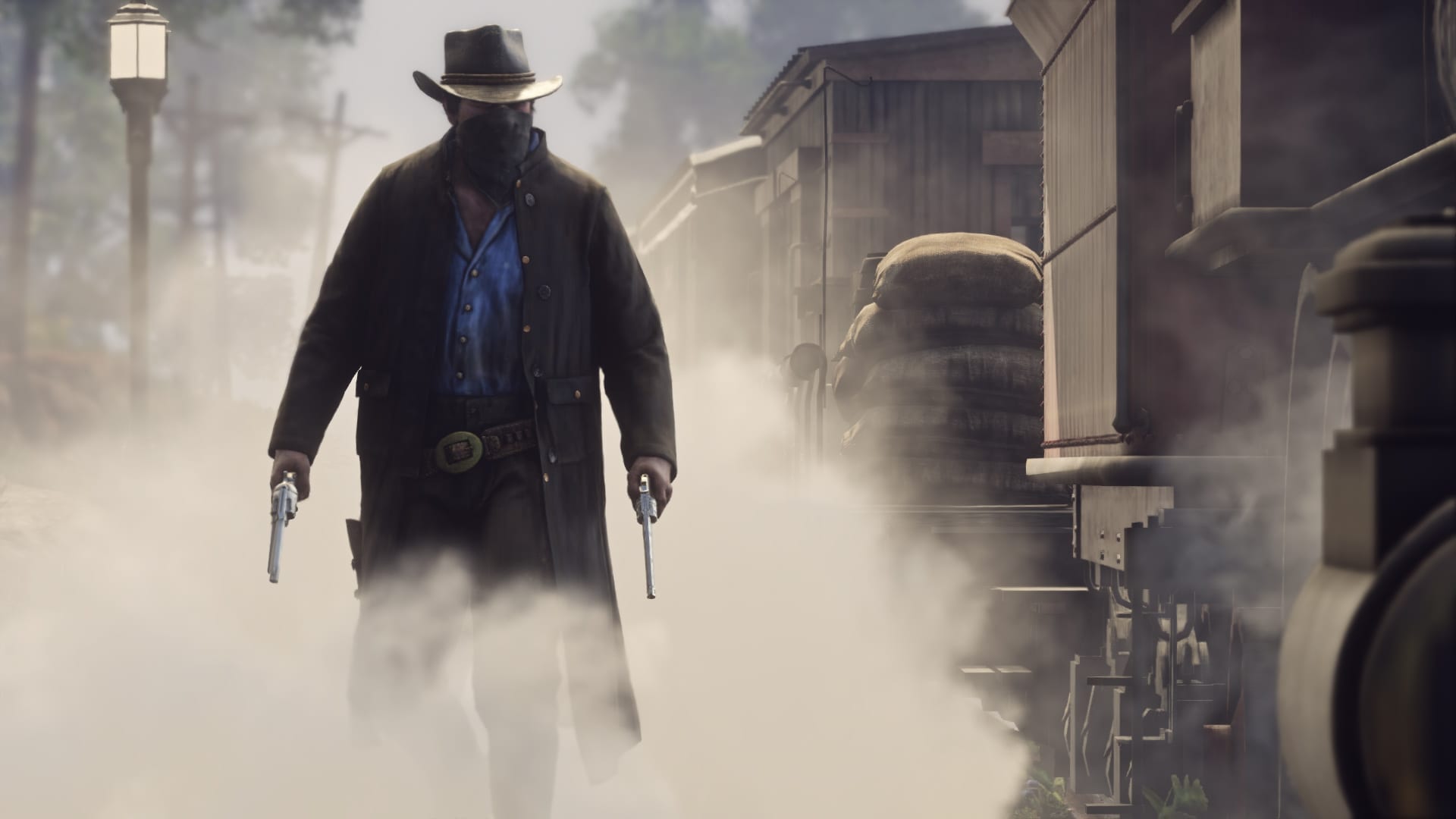 There was a document sent to trusted reviews In August 2017 about the game but they held onto a lot of the information to make sure that is was true before publishing it.

It has now been confirmed that the main character is called Arthur Morgan.

Another character who has been named is Dutch Van Der Linde who is named as the leader of the Dutch gang.

According to the information in the document there will be 3 online modes:

We all know what Battle Royale is, it’s that classic everyone drops onto a map picks up weapons and health packs and battles it out until there is only one man left standing. It seems to have become a staple in online play nowadays with the giants like PUBG and Fortnite dominating the genre. We are not sure how well this will work in the Red Dead universe as there is usually a lot of open land which makes the game a lot more slow paced. We will have to wait and see how Rockstar handle it.

Revive and Survive faces two teams off against each other as they try and survive. You’ll only have a limited amount of time to revive your teammates before they are eliminated. This is a game mode in GTA V already and could be a good addition to the Red Dead Online play.

Money Grab features two teams fighting to collect bags of money in a centralised location. You will then have to return them to your teams base as quickly as possible.

Several new mechanics have been added to Red Dead Redemption 2. Throughout the open world, you’ll discover several locations including Armadillo and Ridgewood. These are populated with various different NPCs including general store owners, gunsmiths and undertakers. You can also gamble if you’re hoping to risk it all for massive winnings. 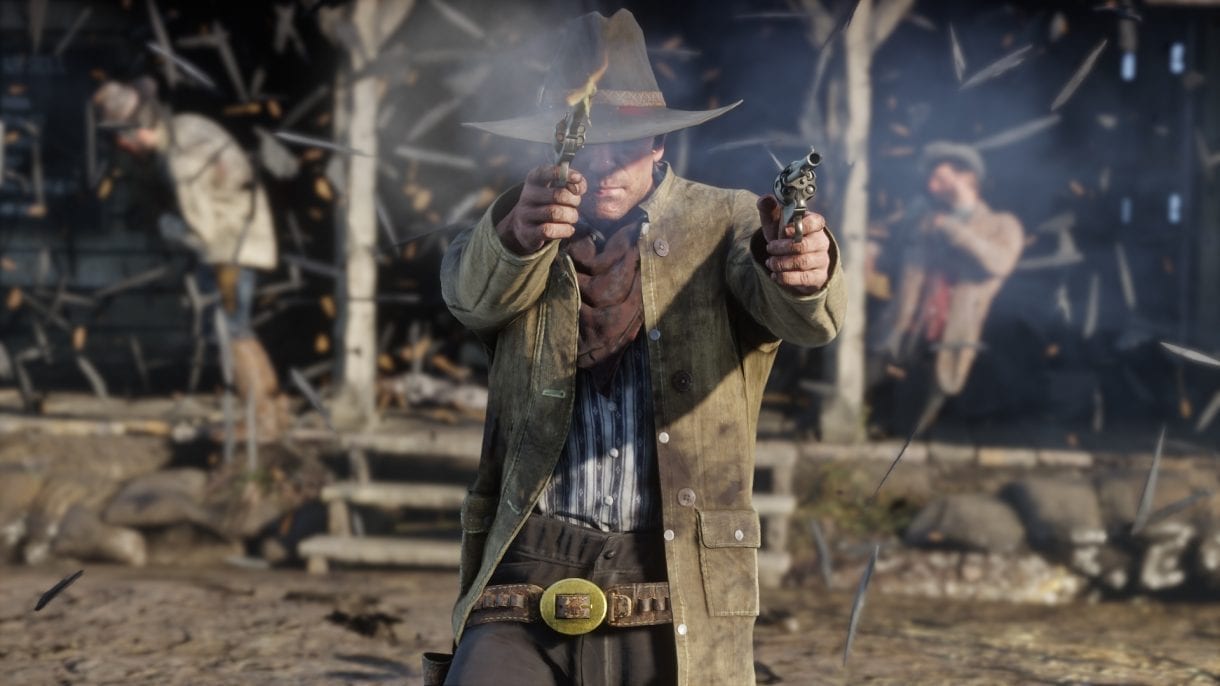 A Slums Market will apparently be a method of acquiring needed equipment at a reduced price compared to the regular market. All of these will be affected by the Red Dead Redemption 2 day and night cycle as well so watch out when you want a late night shopping spree.

Vehicles have been added to the game and include

These will come in different variants such as armoured and ones which are faster than the standard, although it is unknown whether you can customise them yourself.

There have been hints that railway trains will be available as modes of transport across the open world. In addition, they’ll be fully explorable with unique inhabitants and dialogue. 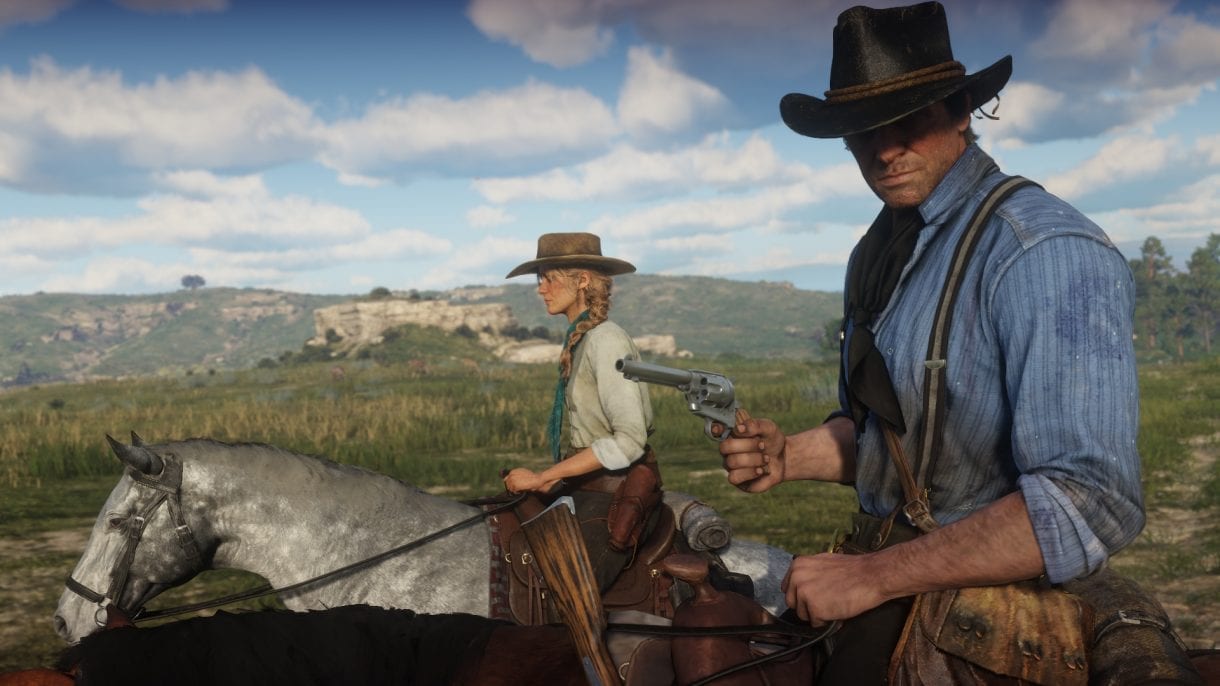 Horsemanship challenges can be completed to increase your rider rank. It is unknown as to what this will actually do yet but we believe that it will make you able to tame wild horses and ride higher ranked horses.

There are a few food type options in the game including dozens of different fish can be captured across the world with a selection of baits and tackles available for purchase. You can even buy a can of worms. Plants and herbs can be gathered for crafting purposes, with the document listing types including Clamshell, Ghost, Night Scented, Rat Tail and Spider Orchids.

Red Dead Redemption 2 will allow you to play both the main campaign and multiplayer in first-person as well as third person. This will create a different feel to the game making the player feel like they are actually in the world.

Eagle Eye makes a return with enhanced abilities including tracking bounties through fields and being able to detect which fish and animals are available nearby.

Random Events will follow in the footsteps of Grand Theft Auto 5’s Strangers and Freaks. Details are fairly uncertain at the moment, but it is known that it will feature bounty hunting quests, treasure hunts and adventures with a mysterious stranger. 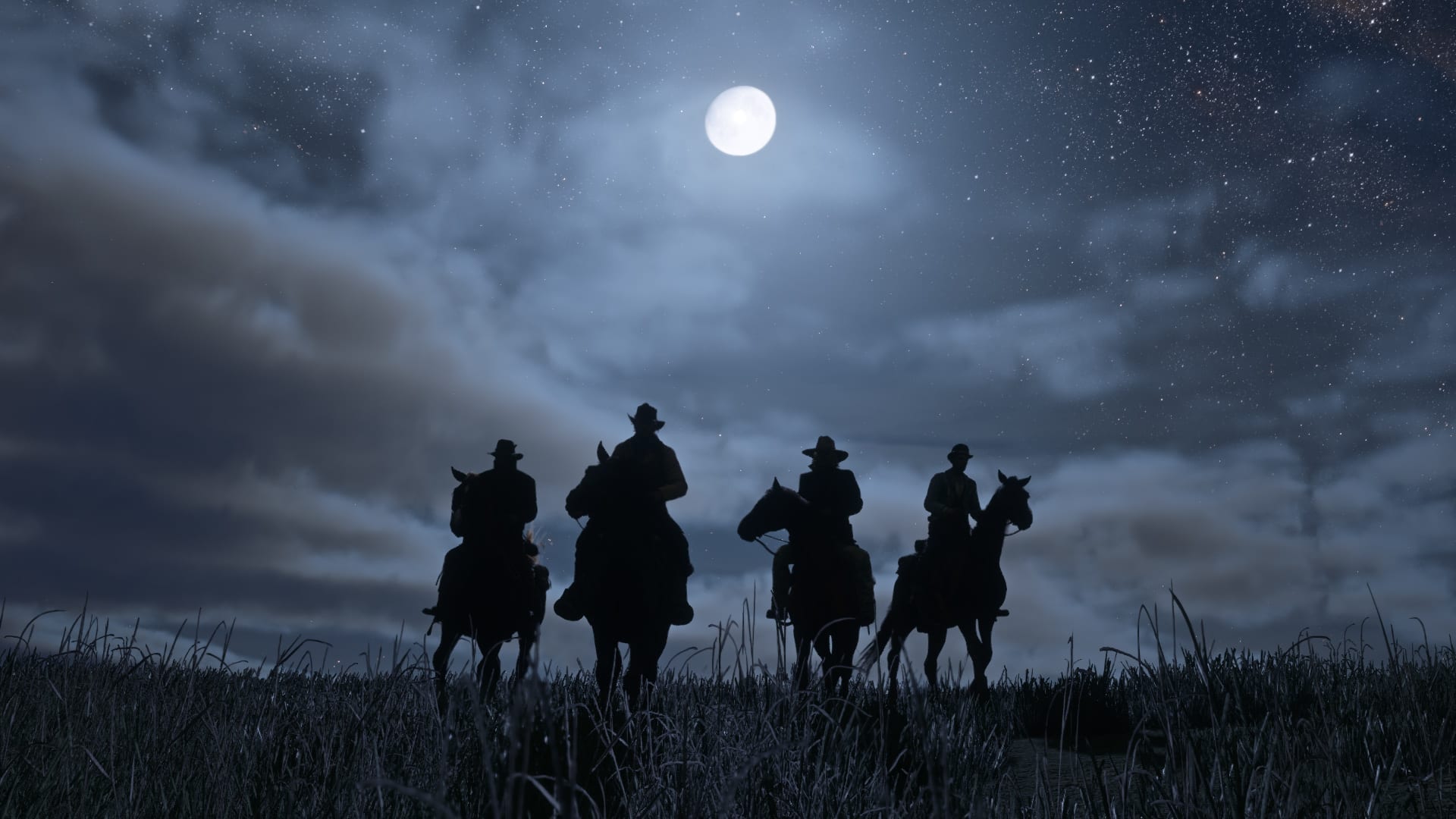 Just like most other Rockstar titles, a wanted level will be displayed at the top of the screen and will act just like it does in the GTA titles. Increasing and decreasing depending on how the player acts.

Attacking pedestrians is considered a low-severity crime while holding up a saloon and killing people will be a much more severe wanted rating.

If enemies are injured in a certain way or taken off horseback you can trigger contextual dialogue and force them to offer information or monetary gain in return for not killing them.

Will you be picking up Red Dead Redemption 2? Let us know!

Catch up with the rest of the gaming news from this week here: 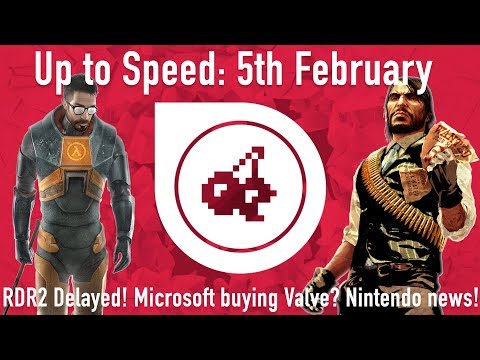