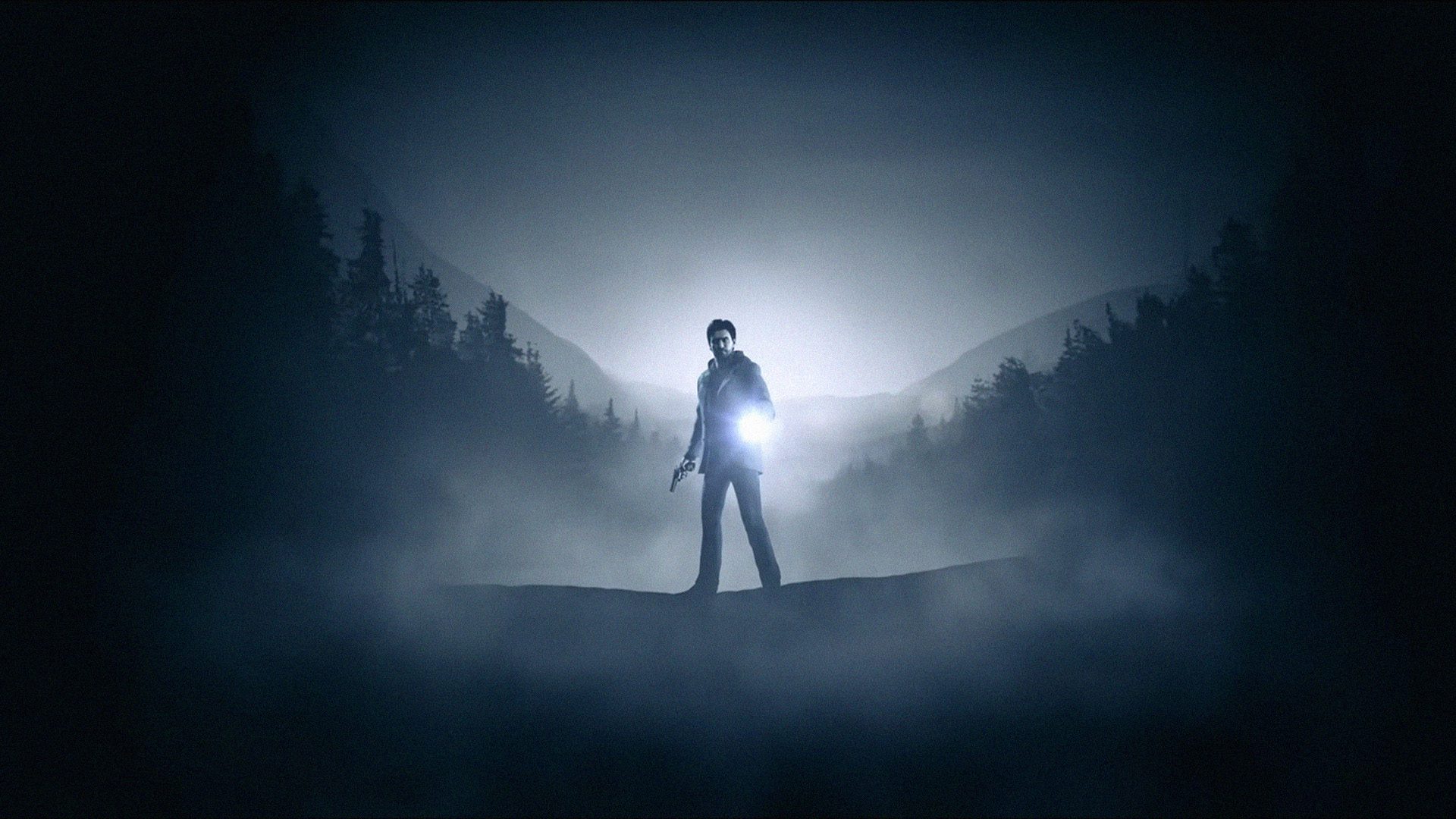 It’s still weird to me that Alan Wake is 11 years old. It’s the game I think of when remembering beloved Xbox 360 classics.

Remedy’s passion project took the better part of a decade to come to fruition back in the 2000s. Inspired by the works of Stephen King, David Lynch and Dean Koontz, the game is about a crime author suffering with writer’s block who unknowingly writes a horror story that comes to life. It’s set in Bright Falls, a sleepy mining town not too far removed from Lynch’s own Twin Peaks.

Having played it back on launch day in 2010, I was an immediate fan. The references to horror culture, as well as Remedy’s knack for blending humour with dark fantasy, was an excellent recipe. In fact, it was even the game that convinced me to seek out writing as a hobby, setting me on my path to becoming a writer myself.

But it wasn’t without its problems. The massive world of Bright Falls, with its intricate details and varied terrain, meant Remedy had to scale back the resolution for Alan Wake to hit its intended 30FPS target. In fact, it only ran at 540p. This was manageable back in 2010 when many of us were still gaming on old CRT TVs. But try playing Alan Wake in 2021 and it’s extremely distracting.

Not to mention, the game also featured janky character animations, awkward lip sync and – most importantly – a deal with Microsoft meant it could never be released on PlayStation consoles. That is, until now.

One year into a new generation of consoles, it definitely felt like the right time to remaster Alan Wake. Despite some hiccups, Remedy’s Control was a big hit with players and critics alike. The game had heaps of references to Alan Wake, even going as far to include his involvement in the story in a DLC expansion. All signs point to Remedy revisiting Bright Falls in a potential sequel. But with the original game feeling slightly outdated and not available on PlayStation, Alan Wake Remastered is certainly a more accessible way of playing the game today.

So, for those who are coming to Alan Wake for the first time with the remaster, what is it actually like?

The game is a mystery thriller that follows the titular Alan Wake trying to solve the disappearance of his wife who has been taken by a dark supernatural force. Set across six episodes (and two bonus DLC episodes), you explore the town of Bright Falls and its surrounding woods and nature trails trying to piece together the mystery and defeat the evil presence.

For the most part, this includes hiking through the woods defeating enemies that the Dark Presence is sending after you. Called the ‘Taken’, these enemies are defenceless against light. You use light sources like torches and flares to deplete their shields, and then pop a few bullets to disperse them. It’s also the weakest part of the game, with a rinse-and-repeat style to each enemy approach. There’s no diversity in how you tackle each encounter, with the only really difference between enemy types being how strong their health and shields are.

HOW MUCH HAS CHANGED?

That hasn’t changed at all in the remaster. In fact, Remedy purposefully aimed not to change a whole lot in Alan Wake Remastered from the original. It certainly feels like a step backwards if you’ve just come from Control. While that game suffered a similar problem of having enemies rely too much on shields, the number of weapons and abilities Jesse Faden had at her disposal made those systems fun to engage with.

Other awkward things from the original game that have carried over to the remaster include Alan’s weak stamina, in which he can’t sprint for longer than a brisk walk before tiring out, and audio mixing problems that makes some dialogue hard to hear.

Including the DLC specials ‘The Signal’ and ‘The Writer’ for no extra charge is an expected but welcome addition. While not too story-heavy, they build upon the combat and puzzle design of the original game and feature some wacky levels to explore. It would have been nice if the smaller standalone ‘Alan Wake’s American Nightmare’ game could have been included in the remaster too, but time and budget restraints may have led to this being unfeasible right now.

On the other hand, one of my favourite changes in Alan Wake Remastered are the improved character models. Alan actually looks like Ilkka Villi now, who played him in the live action segments. This also comes with better animations. His face is more expressive, actually showing an emotional range this time compared to his old face in the original. Other characters like Hartman, Rose and the Anderson Brothers have also seen similar enhancements.

‘THE BEST VERSION OF THE GAME TO DATE’

On the other hand, the improvements made to the environment is much more subtle. With the framerate and resolution boost, it certainly feels like the best version of the game to date (although I’m somewhat disappointed that cutscenes are still presented in 30FPS). But this is a remaster that still very much feels like a game from 2010. Fans of the original may be saddened that there aren’t too many drastic improvements here, especially if they’ve also played the PC version which looked much better than Xbox 360.

However, with the game debuting on PlayStation, it’ll certainly be a lot more accessible to new players. We always love to see previously-exclusive games make their way to new platforms, and Alan Wake Remastered is no exception. I can also see fans of Control seeking this game out ahead of the teased sequel that Remedy is allegedly developing. In fact, without spoiling too much, there are even some small hints inside the remaster that may point at this.

Overall though, Alan Wake Remastered is the same game it was in 2010 but with slightly nicer looking graphics. If you enjoyed the original, you’ll most likely enjoy this. If you hated it, there’s nothing about this new release that will change your mind. And if you’re brand new to the series, it’s definitely the best place to start.

A code for the Xbox version of Alan Wake Remastered was sent by PR for review purposes.