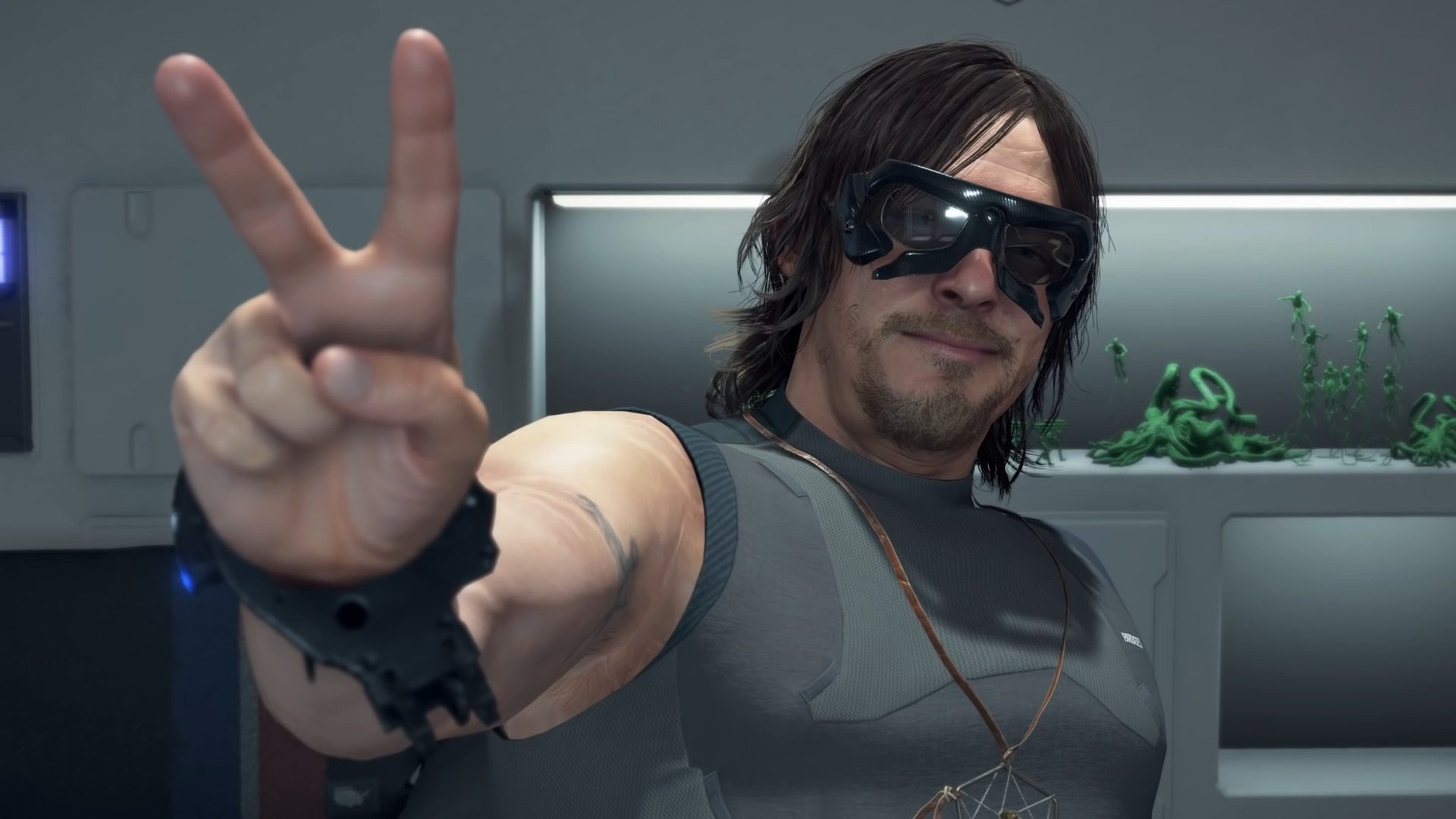 Death Stranding got a lot of attention prior to release. Combine Hideo Kojima’s first game since leaving Konami, Hollywood stars and trailers that seemed to add more questions than answer them and you can see why.

At release, on both PS4 and PC, the reaction was split. There were those who loved it, those who hated it and those who thought it was somewhere in the middle. Then there are those that mostly ignored the discourse, looking to add it to their gaming backlog at some point in the future… like me.

I spent a few hours with the original but never really sunk my teeth into it. If I’d started with the Director’s Cut that might’ve been different.

What Is Death Stranding

Death Stranding isn’t a game that lays everything out on the table clearly. Unravelling the mysteries and history of the world is part of the charm of the game. This is done through cutscenes, messages and more.

To give a quick overview of what to expect: you play as Sam Porter Bridges. Sam is a courier who, through quite the chain of events, ends up needing to reconnect America by delivering packages that help make that possible. You see, an event called the Death Stranding has wiped out a huge amount of the world and caused those remaining to hide in shelters and colonies.

Many of your interactions with people will be with holographic versions of them. Something that is useful for Sam considering he has aphenphosmphobia, which is basically an extreme fear of intimacy and being touched. It helps add weight to Sam’s actions in the game and helps make his distancing from others more understandable.

Sam’s background helps add layers to the gameplay too. He’s a courier, not a fighter and the fact that combat is clunky at times adds a level of believable panic when trying to traverse areas populated with enemies.

How Does DEATH STRANDING Play?

Death Stranding Director’s Cut does a lot to help make those earlier hours that little bit easier. Not only does it introduce items that assist you in combat and transportation but it drops helpful tips too. I was shocked when checking with my colleagues how much of this was new because it not only feels natural, it feels vital.

Death Stranding’s combat isn’t its strong point and although that does help you feel more like a hapless courier trying their best to survive having a way to test your skills with minimal risks seems like a key thing to offer. The firing range, which you unlock reasonably early on, allows this. It gives you time to hone your skills so that, when you do go out into the big bad world, you understand what is needed so much better.

If you picked up Death Stranding on PS4 and tapped out early on because of frustrations with contextualising what you are doing then the Director’s Cut really helps there.

Combat gives you a variety of weapons and ways to get through, or around, enemies. You obviously get more as you progress through the game but I still found it was much more interesting trying to be stealthy than running headfirst at enemies.

The rebel type enemies in the game are smart and can ping your cargo. You have to constantly be moving and thinking up your tactics on your feet. The BTs, unnervingly terrifying beings basically from the afterlife, can be taken down with some weapons but most the time have to be carefully navigated so that you don’t get caught. If you do then you can expect a problem a bit more than just losing a life but I won’t spoil what that is.

These enemies often disrupt the core part of the game which is delivering items. Item delivery requires you to carefully plan your route, balance your items and prepare for everything. Having to think on your toes when a delivery presents an unexpected problem is just as much a rush, if not more, as having to figure out a way past enemies. I loved taking my time and finding new routes to get to where I needed to be. It’s helped by one key thing.

Death Stranding without its online options just isn’t the same game. It’s still enjoyable but part of what makes Death Stranding feel great is how others help. Leaving tips, items and more to make traversing difficult areas a little bit easier, or giving you a handy place to recharge.

It’s something that really helps Death Stranding feel unique. Knowing that you’ve helped someone with a well-placed item feels rewarding and having a heads up in a difficult area is useful. Because not every area has this all synced straight away though it also makes new areas feel dangerous and really helps build up tension. Sure you’ll be whizzing through it once you’ve been through once but it’s that initial impact that really helps.

Death Stranding Director’s Cut looks fantastic. You have two options of how you play the game. Performance mode has scaled 4K and 60fps whereas fidelity mode has native 4K with both supporting HDR. Most of my time with the game was spent in fidelity mode and I found it an enjoyable experience with no big worries when it came to dips.

Character models, landscapes and everything looks great. Climbing a mountain and then turning around to see where you’ve just come from feels as rewarding as if you did it in real life as you truly get a sense of scale. The performances too are, for the most part, really good. There’s a lot of dialogue-heavy moments but if you’re OK with that then you’ll really enjoy watching well-animated characters with well-acted performances.

Sound is also a huge strong point. Music kicking in on big walks really help create a feeling of wonder.

Death Stranding Director’s Cut is much more accessible than the original due to the changes at the start. Playing online means there’s a lot of levels of support too with left items. Difficulty settings also help make the experience easier if you need to or harder if you want more of a challenge.

Sure at times combat can be infuriating. Yes sometimes traversing an area feels more like a chore than it does enjoyable but it’s nearly always these moments of frustration that lead to moments of admiration. For all of its negatives, there’s nearly always a positive that helps counteract it.

The improvements to the early part of the game really help you feel ready for the rest of your adventure. Although it shares elements of lots of games it also does a great job in feeling unique. There isn’t much else like Death Stranding and the Director’s Cut helps refine an intriguing game to be the best it can be.