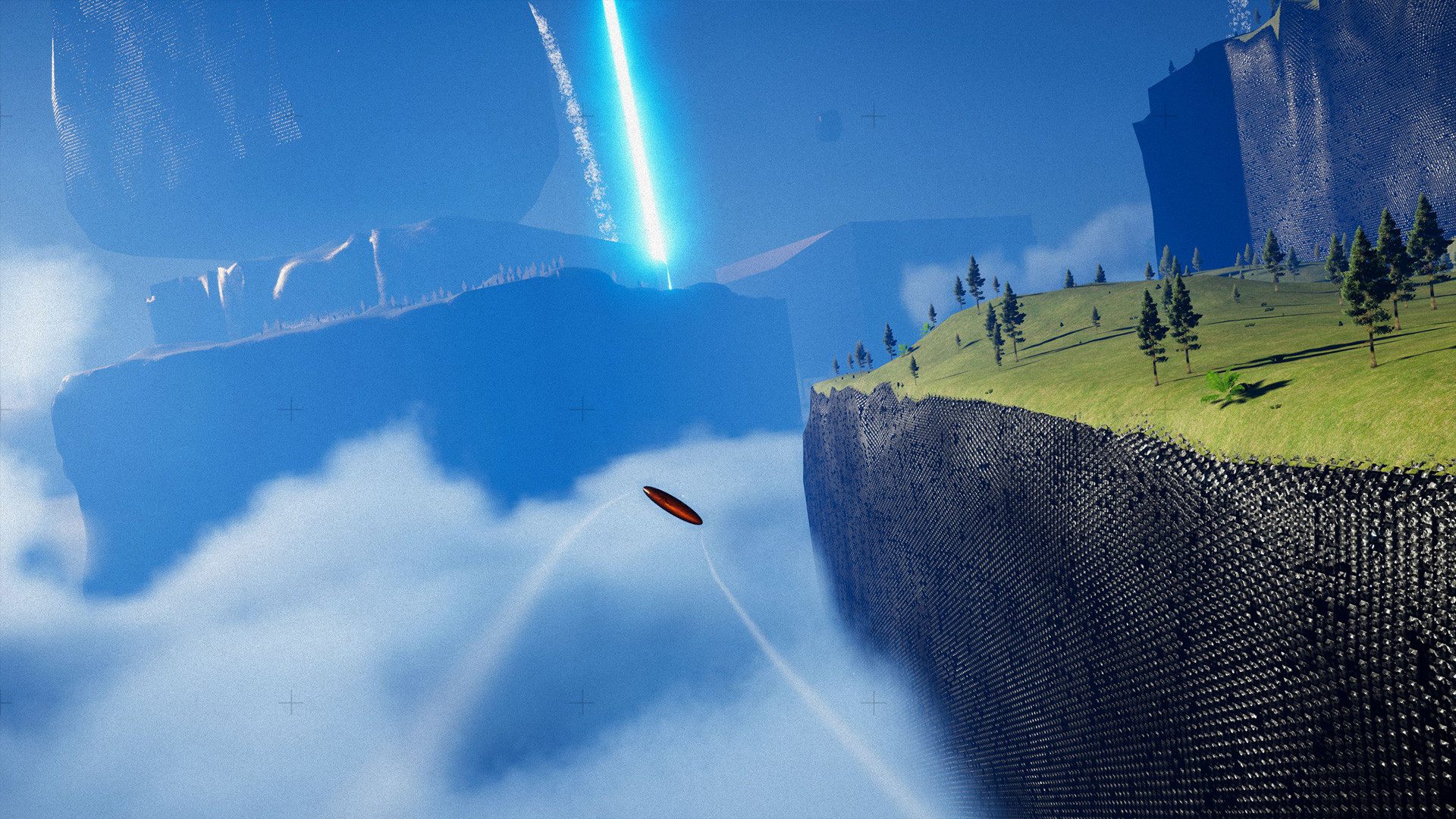 I can respect a game that features a good movement system. One where it genuinely feels enjoyable to control a virtual avatar through a chaotic environment. From the smooth dashes of everyone’s favourite Italian plumber in Super Mario 64 to the harsh hiking mechanics of Death Stranding, traversal is something that’s hard to get right. But when it does, it’s perfect.

It feels quite bizarre to say Exo One, a game that’s been in development for what feels like forever, is finally hitting Xbox and PC this week. It’s developed by Jay Weston, an indie dev who began working on the gravity-defying game back in 2016. As someone who began following the development closely after it gained popularity on TikTok, I’m really happy to see it finally releasing.

After playing through Exo One earlier this week, those movement mechanics teased so effortlessly in the prologue demo are really put to good use.

For the unaware, Exo One has you pilot a spherical alien spacecraft through an empty wilderness. You use gravity to affect how it travels through these locations, such as activating heavy gravity to roll it down a hill, and then using the momentum from that to fly upwards and into the air. You can then glide and gain some distance towards your inevitable goal.

The weight behind Exo One’s movement controls is what makes the game shine so well. Every roll has pressure and energy behind it, every glide presented with an aura of grace. It’s a game that understands its own physics too well, which lends itself well to the puzzles of trying to navigate this harsh environment.

For example, using a dune to launch your spacecraft into the air and reach a high mountain is part of the charm of why this movement works so well. For an idea that’s so simple – the manipulation of high and low gravity – Exo One finds so many ways to make it interesting.

On PC this is best played with a controller, where RT and LT are used to control gravity and glide. It’s such a simple control scheme that doesn’t needlessly complicate itself with other mechanics and systems. Exo One is easy to learn, and not too stressful to master either.

There is an exception to this, however, and it’s an issue that nearly got me to ragequit the game. There’s a stage about halfway through that abandons the far empty dunes in favour of an asteroid belt circling a planet. You use each asteroid’s own gravity to propel yourself along the belt closer to the planet.

The problem is that this whole process is frustrating, and really difficult to try and latch onto another asteroid. Reaching the final part of this chapter was genuinely rage-inducing, due to the fact that my avatar simply refused to leave the asteroid it was on and wouldn’t give way at all. I ended up solving the puzzle via a glitch, and I’m still unconvinced you can beat it legitimately.

On the other hand, those graphics are incredible for a small indie project. Despite the environments being very Earth-like, every stage still feels very alien. Huge monolithic structures and unnatural pastoral landscapes puts these locations into the uncanny valley. It’s the perfect way to present something familiar, but twist it into unfamiliar ways. Simply put, it feels alien.

But Exo One isn’t just about zooming across otherworldly deserts and forests. There’s a story too. It concerns the missing crew of a space shuttle mission to Jupiter that went awry. Fans of the game Observation (2019) might see some similarities here, where the tone of the story turns to a more esoteric sci-fi horror approach.

It’s not necessarily marketed as a horror game, nor do I feel the final outcome is that either, but many of the narrative devices and imagery used through definitely replicates that. The existential dread of watching this story unfold certainly helps to keep Exo One’s narrative fresh and exciting.

Exo One is almost a perfect sci-fi puzzle game, let down by one poor level right in the middle. The movement, the beauty of its scenery, and the peculiarity of the narrative is something I really appreciate about video games as an art form.

Code was sent to us by PR for review purposes.