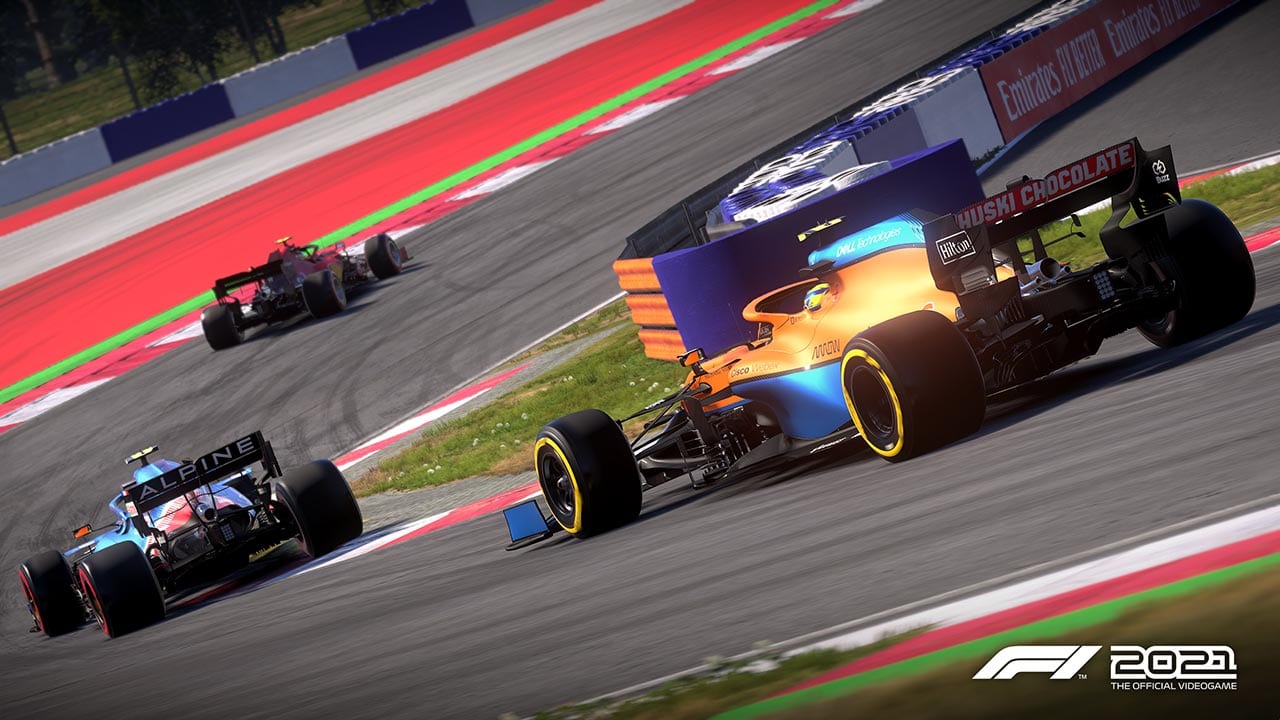 Formula 1 seems to be entering a brand new era with the sport more popular than ever before. That’s partly down to the teams putting their faith in young new talent. It’s also partly down to Netflix’s recent documentary series that shines an inside light on the charismatic personalities and ruthless politics of F1.

That leaves F1 2021 from Codemasters in a tricky spot. Does it cater to the die-hard fans or appease the new blood? Luckily, it’s clear to see that Codemasters is in touch with why the sport is hot right now. Though it suffers from the similar season accuracy struggles as last year (cheers, COVID), F1 2021 is a perfect example of how to treat fans, both old and new.

If you’ve played a recent F1 game, then the formula will be familiar to you. Much of what was included in F1 2020 arrives once again in 2021, fresh for the new season.

The biggest new addition this year is ‘Braking Point’, a fully fledged single-player story mode that’s akin to the likes of ‘The Journey’ in FIFA. It follows the story of Aiden Jackson, an F2 2019 champion gone F1 rookie who’s eager to make a name for himself. The story blends fact with fiction as it places Jackson alongside IRL drivers.

Jackson joins his F1 veteran teammate, Casper Akkerman. The two drivers quickly butt heads in their early races together, not helped by the returning character of Devon Butler. Butler is there at every move to twist the knife and drive the two teammates at each other. What follows is a 6-7 hour campaign of two drivers fighting to overcome their differences in one of the world’s most hot-headed sporting seasons.

Gameplay sections see you play out various scenarios that an F1 driver might be faced with. They range from climbing back up the order after suffering a mechanical setback to fighting with a specific rival team for points. On occasion, there are full races running right from the grid start all the way to the end.

Lights out and away we go

The influence of Netflix’s Drive to Survive is obvious here with each chapter almost playing out like an episode. Time spent before and after races give insight into the driver’s personal lifes as well as how social media and the press can have an impact on a driver’s psyche. A neat twist that shifts the player’s perspective halfway through the game does well to subvert the player’s understanding of character motivations.

Overall, Braking Point isn’t going to win any awards for best drama picture. Butler even makes a joke that some of the characters sound like they’re in a badly written sitcom, and he has a point. There’s a distinct lack of player agency, too, with the game throwing meaningless dialogue options at you on the regular. But it’s an entertaining romp that doesn’t outstay its welcome past the 16 chapter story. Braking Point is a great addition that will be especially attractive to newcomers to the sport and game.

If you learn anything from Braking Point, it’s that teamwork makes the dream work. Luckily, that’s another area where F1 2021 has stepped up this year.

If you’ve a friend who’s also into the sport, there are a couple of ways for you to get involved together. First up is a local split screen mode – a dying trend that is most welcome to see remain as standard. Especially after a year of isolation, there’s never been a better time to engage in some competitive racing side by side.

Alternatively, the team management sim career mode from F1 2020 makes its return in two forms. You can, of course, choose to build your own team by yourself, or you can now do so with a pal. There’s the choice of either running together as teammates or against each other in rival teams.

Though some might enjoy the team management aspect, people like myself much prefer to get straight into the action. You can run automated practice programs so that you’re not spending an age waiting to race against actual opponents. In addition, you can leave all of the R&D up to the computer which is a lifesaver for casuals like me who have no idea which upgrades are meaningful.

With the nature of F1 revolving around teamwork more than ever before, it’s great to see such a focus on these co-op modes. However, it’s a shame that the career mode can’t be played in local splitscreen: co-op career mode is only available to play online.

Though I certainly didn’t expect to see a huge upgrade over last year’s installment, F1 2021 does pull its weight in the graphics department. Each of the tracks are rendered in stunning detail, as usual. The iconic locations will have any passerby wondering if you’re watching or playing F1.

Seasoned F1 players might not actually notice much of the graphical improvements as most of them are only noticeable when you’re not gunning it at 200mph. Grass textures especially look far more detailed when you spin to a stop after binning it into the marbles (trust me, it’s an experience I’m all too familiar with).

Outside of perfect conditions, huge improvements have been made to the wet weather effects. As rain slowly creeps in, puddles begin to form in an incredibly realistic fashion. Combined with the spittle of spray on the camera lens and the wet weather can turn any race into a tense ordeal.

Just as impressive are the sounds of F1 2021. Veteran fans will lament the lack of classic F1 cars – there’s only F1 2021 and F2 2020 chassis to see here. Even so, fans of the modern era have a lot to like. The shrill whine of the turbo pierces the low roar of the V6’s is something to behold.

The audio is impressively dynamic, too. It’s especially noticeable when driving close by to walls. One example I found was on the final corner of Zandvoort as you clear the tight wall to the left and the audio landscape completely changes as the space opens up. It’s one of the first games that I’ve ever seen a setting for audio processing that has an impact on your CPU performance. If there’s any indication that serious work has gone into the sound design, it’s that.

One of the best things about F1 2021 is that you can customise it to be as unruly or forgiving as you like – and it never punishes you for it. A full array of assists mean that, should you like, you can turn the game into a near-simulator experience. Alternatively, there are slider settings that can help you use the car’s more tricky features like DRS and ERS.

There’s the familiar driving line that every racer usually comes equipped with these days. It can be turned on or off and can be customised to be either 3D or 2D depending on your preference. Braking and steering assists can make the game incredibly forgiving while still immensely enjoyable. No matter your ability, there’s a driving experience here for you.

Much of the urgent UI has been moved to the bottom centre of the screen rather than in the bottom right corner. This makes it much easier to see which gear you’re in as well as things like DRS status and ERS percentage while driving at daft speeds. Taking it all one step further, F1 2021 allows you to fully customise the UI to your liking. F1 doesn’t care how you experience the game –  it just wants you to have fun while doing it.

Should you buy this or stick with last year’s game?

The only major flaws that I can levy against F1 2021 is that it lacks some content that fans might be expecting. Some of that is out of the control of Codemasters. With the pandemic still very much in effect, the F1 calendar is still in a state of flux.

New tracks for this season, Imola, Portimao, and Jeddah, are all arriving as post launch content for free, which is a nice touch. However, the lack of classic cars will be noticeable for some fans.

While Braking Point will be popular among the new breed of F1 fans hungry for a bit of backstage drama, it does little to warrant a second playthrough. A bit of meaningful player choice would have been welcome there.

All of that aside, F1 2021 does nothing egregious to the tried and tested formula of an F1 game. There’s enough here to keep the die-hard fans happy and more than enough to enable newcomers to further explore their love for the sport. Simply lovely.

Reviewed on PC with a code provided by PR.