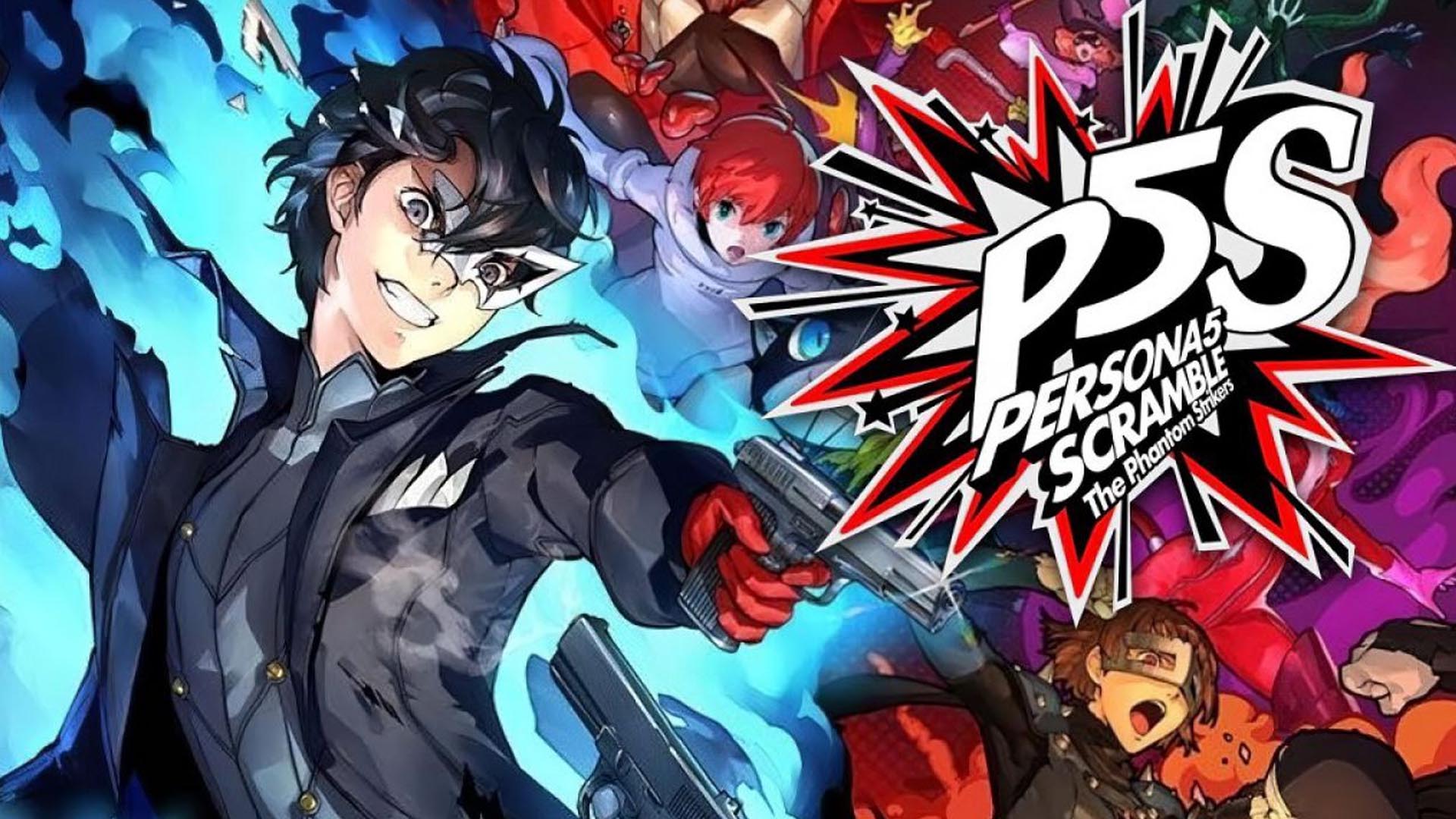 Fans of the Persona series have been waiting for a Western release of Persona 5 Strikers for what feels like an age. The latest game from Koei Tecmo is a direct continuation of the beloved Atlus‘ JRPG, packed with action and friendship. But this gorgeous adventure has so much more to offer than the simple, surface-level hack-and-slash style of Dynasty Warriors. It builds on the sparkling whirl of colour, style and feel-good vibes that Persona 5 Royal perfected to give us a gaming experience that’s looking cooler than ever.

The Narrative of Persona 5 Strikers

If you’ve ever played a Dynasty Warriors game, you might not be expecting much in the narrative department. Typically, these titles are great examples of fan service – chaotic, flashy and shallow. That’s not to say we don’t love a Dynasty Warriors game, they certainly serve a purpose. But for something as lore-heavy as a Persona game, we were initially wary of how these two distinct styles would marry up.

Persona 5 Strikers takes place after the events of the original game. The elusive Phantom Thieves have retired from their heart-stealing ways to embark on a much scarier fate – school. One thing is for sure – if you haven’t played (or maybe even FINISHED) Persona 5 Royal, we highly recommend you DO so before you start Persona 5 Strikers.

This game is very much a bonafide (Monafide) sequel to the previous Atlus game, rather than a spin-off like Persona 5 Dancing (which I have nearly 300 hours in, no joke).

There’s a lot of assumed knowledge of the story so far, plus a bunch of Easter Eggs that might slip you by if you’re not up-to-date. This is both a blessing and a curse. The characters all have developed personalities and relationships and the Metaverse is never really explained. It’s nice to see if you’re a fan, but God help you if you don’t have a pre-existing knowledge of the series.

What Is The Game About?

One thing that particularly shines is the opportunity for the Phantom Thieves to simply hang out as teenagers do. The narrative of Persona 5 Strikers revolves around a sweet Summer road trip – one bittersweet last hurrah before they go their separate ways. It almost feels like a coming-of-age Hollywood rom-com, which is exactly what I was missing from the characters I spent over 100 hours with in Persona 5 Royal. Especially in a year where we’ve never felt further from our loved ones, this is something special indeed.

The story evokes memories of Persona 5 through the design, with ‘monarchs’ who rule each jail being reflections of the Phantom Thieves. This is a great way of showing how the characters have grown over the course of the last 18 months, both on and off-screen.

Talking of characters – new Phantom Thief Sophia is a delight. She’s a humanoid AI who acts as ‘humanities companion’ throughout the game. We love her. Initially, I was wary of having another young, bubbly character to act as comic relief. Persona 4 Arena’s Labrys has scarred me. But, as the game continued, I realised that she was the window for newcomers who may not have played the original. Her wide-eyed curiosity was what I (presumably) looked like when I first started my Persona adventure, 1000 hours ago. Hey, you gotta pass the time in lockdown somehow, right?

As snazzy as its predecessor, Persona 5 Strikers is oozing with style. It’s full of charm and quirks, packed with fun little Easter Eggs that give a nod to the series. Shout out to the helicopter with a mask, we’re big fans.

The ‘3D anime’ aesthetic of the models is as gorgeous as you might expect from a Persona 5 sequel. The art designs are the cherry on top on such a visual feast of the senses.

We played Persona 5 Strikers on the PlayStation 5. It was jarring to see Shigenori Soejima’s dynamic character designs running at 60FPS. This way in no way a bad thing – it brings the world and environment to life.

Koei Tecmo games are stellar examples of how to make blistering button-mashing fun. The animalistic part of our brain loves the dopamine rush we get when we see the shiny big numbers appear on the screen. Persona 5 Strikers is this turned up 11 – it’s addicting.

But it’s not quite as simple as that. Koei Tecmo has done an incredible job maintaining the style and feel of Persona’s iconic turn-based combat system, whilst keeping the frenzied mechanics of Dynasty Warriors. Initially, I wasn’t a huge fan of Persona combat. It felt clunky and over-complicated for the fast-paced nature of Koei Tecmo games. But once I had it down, it got me hooked.

You can have up to four people on your team at any one time. This leads to a lot of strategic planning and experimentation with different skills, abilities and Persona to command.
The Persona combat was also fun outside of Joker. We get to play as other Phantom Thieves, all who play with their own distinct style and mannerisms. Fighting enemies with multiple elemental moves was particularly fun as the Leader of the Phantom Thieves.

Is It Fun To Play?

I found myself changing party often to preserve my health and stamina but also to counter specific threats. The ability to change skills any time out of combat also helped with that. Especially on some boss rematches, Heat Riser became a common problem. Knowing I could retrain Ann to counter this was a helpful bonus. Stopping time to swap out to a Persona that drained attacks that a previous one was weak to turned out to be a great way to earn myself some free healing. You can have that tip for free.

Both newcomers – Sophia and Zenkichi – are fun additions. Zenkichi, who provides a much-needed adult perspective on the events of the game, having a persona built about almighty attacks and balancing life steal and life drain makes him a unique challenge that you’d only be able to find in an action title

That said, Koei Tecmo are very stingy with stamina recovering items. Whilst we understand it’s an incentive to cook, the limitations on purchasing ingredients make this a time consuming endeavour

If you’ve played Persona 5, you’ll be more than aware of the central time management mechanic. Instead, the game is now wholly linear, with time advancing at its own pace. The Phantom Thieves can enter and leave the jails as much as they like. Time only moves on when certain objectives are met both inside and outside the jail.

This development really adds to the Summer relaxation vibe that Persona 5 Strikers goes for. Players won’t have to sit there with a guide and a calendar to make sure they don’t miss that one scene where Haru and Joker discuss the finer details of growing vegetables in Inokashira Park because they decided to go play pool instead. I’m not bitter.

Speaking of not needing guides, the Social Link/Confidant system is gone. It’s been replaced by
a “bond” bar that unlocks useful perks for metaverse navigation. This is great, especially as it means you can pick the stupid dialogue choices without feeling like it’s going to mean you can no longer max a character before the game ends. (HEE HO!)

For a spin-off, this system works nicely, but we hope that the Confidant system returns for Persona 6.

One thing Persona 5 is heralded for is for its achievement of… inventing jazz music.

Obviously not. But Persona 5 had an incredible soundtrack, full of soaring horns and funky beats. Dare we say it, Persona 5 Strikers has an even better soundtrack. The remixes have this incredible habit of igniting our fight or flight responses. When the roaring electric guitars kick in, we’re ready to go.

The music, a combination of 5’s own OST, remixes and original songs (all made by longtime series composer Atsushi Kitajoh, who’s worked with Shoji Meguro for a while) are all incredible. We particularly loved the J-Rock remixes of ‘Rivers in the Desert and Last Surprise’ that fit well with the games’ action gameplay.

That being said, Persona 5 Strikers also manages to perfect the tone for its most poignant moments. Flitting piano notes and solemn trumpets flourish against some of the saddest moments in the narrative, perfectly plucking on our heartstrings and tying the whole experience together.

Persona, as with many Japanese series, lacks any real accessibility. Due to the Visual Novel style, there’s always subtitles. There is an option for subtitles in cinematics, but that’s as far as disability considerations go.

Difficulty wise, there’s no evidence of Persona 4 Golden’s complex difficulty sliders. While it’s fair to say that a different studio and genre shouldn’t be expected to carry over these elements, it would’ve been nice to see. Difficulty choices are also limited to the traditional easy/normal/hard. There is an unlockable “Risky” difficulty, but it’s only added when New Game+ is unlocked.

With that said, the easy difficulty is very easy. This is a common pattern in these Persona spinoffs. The Arena games had an “automatic” option in story mode and the easy difficulty in Dancing is also very simple. That’s welcome for those that are unfamiliar with Musou and Action RPG games.

So, is Persona 5 Strikers worth your money?

The Phantom Thieves have, once again, stolen our hearts.

If you loved Persona 5 and wanted to spend more time with Joker and the Phantom Thieves, Persona 5 Strikers is almost everything you could wish for. It’s a fun, zany and heartfelt waltz through the Persona Universe. We do recommend going and playing Persona 5 or Royal to truly grasp the story and narrative. If you haven’t played a Persona game before, you might struggle. The chaotic and frenzied gameplay is fun, but the balance can tip a little easy or hard.

But as I cooked curry on the sandy shores of a lake, with the friends I spent so much time coming to love, Persona 5 Strikers and its effortless charm struck a chord with me. Not many games have done that before. I certainly doubt I’ll find it again in 2021.