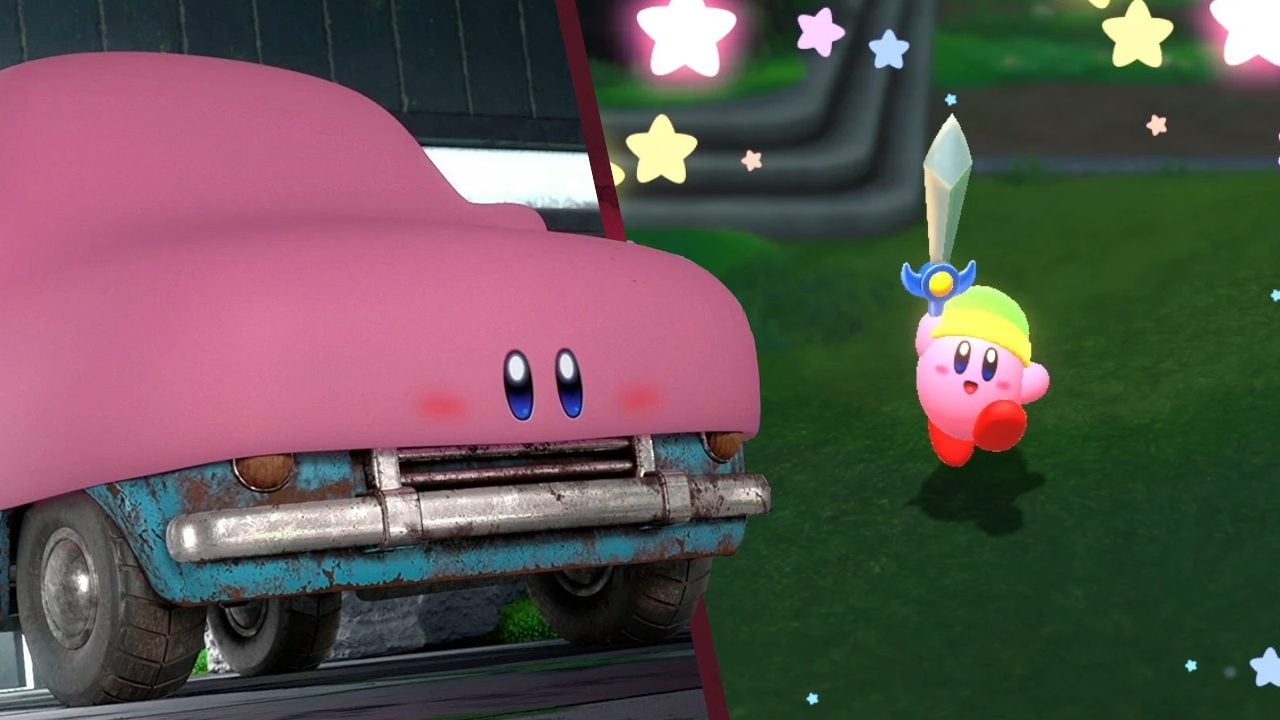 Everyone has those gaming memories from their childhood that provide a sense of comfort. Perhaps, for you, it was booting up Modern Warfare with your mates after school? Perhaps it was making a duvet fort and playing Mario Kart on the DS way past your bedtime, the glow of the screen giving you away to anyone who looked your way. Or maybe it was unwrapping that console you’ve always wanted on a chilly Christmas morning?

For me, one of my favourite gaming childhood memories is from 2010. It’s a Saturday morning, the faint smell of buttered toast and orange juice hangs in the living room. The windows are slightly frosty and my sister and I are sitting far too close to the screen (much to our mum’s chagrin). The wooden floors seep any warmth, so we’re sat on a fluffy pink blanket, playing Kirby’s Epic Yarn on the Wii.

12 years later, I’m sitting on the cracked sofa in my apartment, curled up with a peppermint tea, with that same blanket wrapped around my shoulders. As Kirby bounces onto my screen, in 3D for the first time in its 30 year history, I’m filled with the same giddiness and whimsy I felt over a decade ago. Much like a cat watching birds on the screen, I find myself enthralled in the energetic swirl of colours and sounds of this new open-world adventure. But can Kirby’s brand new Nintendo Switch adventure, Kirby and the Forgotten Land, live up to expectations?

What’s Kirby and the Forgotten Land About?

Let’s make one thing clear from the get-go. If you’re looking for an Elden Ring-esque type of adventure, you’re in the wrong place. Your mission? Rescue the Waddle Dees that have been captured by the villain (no spoilers here, but it’s great). You’ll find yourself in a realm of limitless possibility, jumping, floating, driving and… Vending machine-ing, through an apocalyptic realm that puts The Last of Us to shame. This daft and delightful adventure is certainly aimed towards a younger gaming audience, or those who grew up with the lovable pink blob.

In saying this, the combat is surprisingly excellent. The bosses at the end of each level are fun and simple; they’re not particularly taxing, but that’s okay. The copy abilities and Mouthful Mode have the perfect amount of charm to be engaging, adorable and everything you could want from a Kirby game. That being said, I will continue to have nightmares about Kirby contorting into Eldritch horrors in Mouthful Mode to rescue Waddle Dees and solve puzzles. It’s body horror turned up to the max and has no place in a civilised society. Let us not dwell on the nightmare Carby child.

Let’s Talk About the Combat

The combat is great, but the highlight of the game is definitely the exploration.
Kirby and the Forgotten Land is the franchise’s first venture into 3D. If you were expecting a full, open-world foray, you’ll come away disappointed. The game has wide open 3D environments in a tightly designed playbox, which are all deceptively packed with secrets.

Kirby games have (almost) always excelled in the mundane details. The contrast between the gorgeously over-the-top worlds and the suburban bliss of watching the hubworld, Waddle Dee Town, rebuild and blossom in between missions really bring this colourful world to life, just as it did in Kirby’s Epic Yarn and Lively Street in Kirby: Planet Robobot.

As you rescue more Waddle Dees, they’ll get to work building cinemas, shops and even a house for Kirby to chill out. I particularly enjoyed the Colosseum, which lets Kirby unleash his inner endless, white hot anger and beat the heck out of the bosses (just in case you weren’t getting a bit tired of the repetitive boss fights).

TLOU, Eat Your Heart Out

When you venture out of Waddle Dee Town into the big wide world, you’ll no doubt want to take in everything this dizzyingly colourful world has to offer. The fixed camera frames up little secrets and paths that offer high replayability. It took me a little while to vibe with the fixed camera. I wanted to take control and find collectibles at my own pace, so the camera limitations were frustrating to begin with. But after the first few levels, I came to appreciate the meticulous world building for what it was.

Hidden in each world are 5 hidden objectives which nets you an extra Waddle Dee if completed. The camera works perfectly to conceal these from you unless you’re actively looking for it. The secret missions aren’t exactly hard, that’s true. Bloom 5 flowers, light some torches, eat a specific number of doughnuts, etc. But that certainly doesn’t mean they’re not incredibly addictive. I even found myself playing levels over and over again to 100% them before moving on to the next.

Some might be disappointed to hear it’s not more akin to Pokemon Legends: Arceus, with a fully controllable open-world camera in individual biomes. But the levels are so meticulously designed, I never found that I personally missed the control.

Whilst the main campaign is fairly simple, the game’s optional side missions provide a little bit of extra challenge. In each world rests a variety of optional side missions, full of the whimsy you might expect from a Kirby game. You’ll be trying to bowl over switches, fire bombs at targets, ice skate across tricky platforms, and so much more, all within a certain time limit. I particularly enjoyed the upgrades available for Kirby’s copy abilities from these mini games. Going back through the levels with insanely overpowered abilities was a destructive joy. My player two and I spent hours trying to 100% all of these space-time rips, trying to beat each other’s times.

Two Is (Sometimes) Better Than One

As Sakurai famously said: “First you draw a circle. Then you dot the eyes. Add a great big smile. And presto, it’s Kirby.”

The beating heart of the Kirby franchise is the power of friendship. Whilst fun in single-player, Kirby and the Forgotten Land shines in its drop in/drop out co-op, just as Kirby’s Epic Yarn did all those years ago. As the older sister, I’ve naturally always played as Player 1. As is my birthright. But I can have some empathy for Player 2, who is forced to teleport to Player 1 any time they stray too far. For a game that sells itself on the concept of open-world exploration, it’s a shame that Kirby and the Forgotten Land didn’t utilise split screen co-op. Recent releases like LEGO Star Wars: The Skywalker Saga are much more fun if you’re always player 2.

So, is Kirby and the Forgotten Land Worth Your Time?

Kirby and the Forgotten Land is a joyous, colourful adventure that bursting with invention at the seams. It’s a magically daft time, perfect for those nights when the world just looks a little too bleak. With its gorgeous level design and inventive approach to gameplay, a waltz through the Forgotten Lands is a charming way to spend your evenings. The only issues I found were that some of the mini bosses felt slightly repetitive, and the co-op limitations. But, despite this, Kirby and the Forgotten Land is a triumph that Nintendo should not forget so easily.

For our Kirby and the Forgotten Land review, a Switch copy was provided by Nintendo.

Do you agree with our review? Let us know across our socials, like our Twitter or our Discord. Or check out our other latest reviews, like for Tiny Tina’s Wonderlands or LEGO Star Wars: The Skywalker Saga.