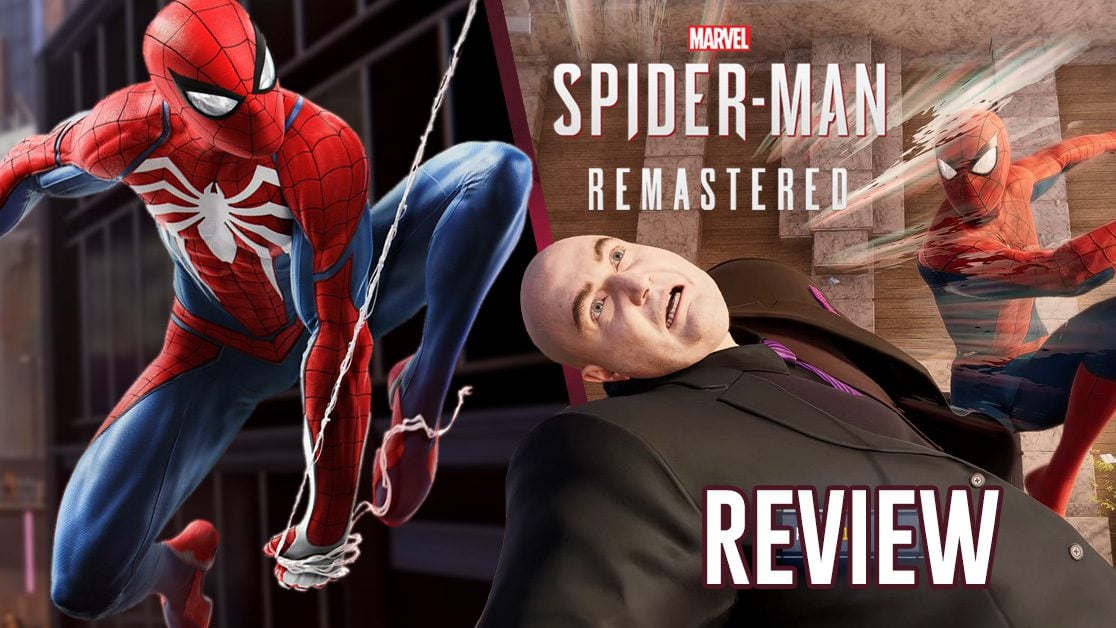 If Sony’s recent portfolio of PC ports are about drawing established crowds into unfamiliar territory, Marvel’s Spider-Man Remastered is an example of taking a familiar character or franchise and opening it up to a new demographic of gamers. It’s Sony acknowledging that Days Gone or God of War may not be the best appeal to these new audiences when they’ve never appeared outside of a PlayStation console before.

But Spider-Man is an already-established character with over 60 years’ worth of history. People know Spider-Man. They know his origins, his struggles, his fears, his victories, his defeats. That’s how you draw in a crowd, and was what especially made the game a success when it first launched on PS4 in 2018.

So how on earth do you reboot a character with six decades’ of continuity? Easily one of the best aspects of Spider-Man stories is seeing the duality of its main character. On one side you’ve got the gentle, reserved Peter Parker. On the other side, the more confident, daring Spider-Man. And the game manages to find that healthy balance of both, making you fully aware that this is as much Peter’s story as it is Spider-Man’s.

In fact, I’d even go on record to say that this might be one of my favourite versions of Peter Parker we’ve ever seen. Insomniac Games embraces Peter’s intelligence, his strong sense of responsibility, and his struggles with work-life balance. Insomniac Games takes a lot of care with the character, featuring a Peter who stays true to the source material while also feeling like a wholly original interpretation. The tropes are there, but everything feels completely new.

This also applies to Insomniac’s depiction of Spider-Man, which is spectacular. The game’s writing makes the character interesting, portraying his victories, his defeats, and all his struggles with the same tact and care the comic book writers have done. For Insomniac’s version of the character, the highs are high and the lows are low. It also does an effective job of featuring the “friendly neighbourhood” side of the character, ensuring to show as much of his everyday heroism as much as his fight against supervillains.

This is all brought to life by the wonderful voice acting skills of Yuri Lowenthal. It’s clear the actor understands the pure charisma and depth of what goes into a rounded Spider-Man performance. Lowenthal strikes the right balance between acting as Peter and acting as the masked superhero, delivering slightly alternative performances to achieve that sense of duality the character exudes.

It’s not enough to nail the writing of the character though. In making a Spider-Man game, you really, really need to get the action right. Spider-Man Remastered features an open world Manhattan for you to swing around; flying past the tall city skyscrapers and across bustling streets. Web-slinging mechanics are obviously important to get right here, and Insomniac has really perfected that wind-rushed feeling of swinging through the metropolis.

Given that it’s probably difficult to design a mechanic like this, I’d say hats off to the animation team at Insomniac for building Spider-Man’s motion like this. It feels authentic and true to how that aspect worked in the comic books. You really feel that momentum when you’re going in for a new swing and push yourself forward through the city. By now it’s a bit of a cliche to say this game makes you feel like Spider-Man, but the statement is as true as ever now as it was back in 2018.

Similarly, I can say the same for the action. The combat in this game is very much an adaptation of the revolutionary fights that the Batman Arkham games innovated. It goes without saying that most superhero games will already be taking inspiration from this feature, however it also feels like a really natural inclusion here. Spider-Man is a guy who fights to de-escalate a situation rather than exacerbate it, and the moves you pull off in combat scenarios represent that.

New York City has always been a character in itself in typical Spider-Man stories. In this game, the open world very much lives up to that premise. Insomniac has made sure to take extreme care with its depiction of the city, featuring busy street traffic, crowds of pedestrians and plenty of lore that helps build the world into a realistic location. Some bits of dialogue, such as Peter asking for clarity on which pizza restaurant another character is referring to, is not only funny but most importantly adds to the authenticity of the setting.

What is less marvellous about Spider-Man’s Manhattan’s location is the amount of side activities to do. There are some you can genuinely lose yourself in over a couple of hours, such as Taskmaster’s challenge spots or Black Cat’s “spot the cat” activity. However, when combined with the amount of other collectibles there is to find, it can sometimes feel too overwhelming.

Street crimes, for example, crop up as individual activities and reward you with tokens for stopping them. However, once you’ve exhausted the list of available crimes you won’t get to do them again. That district of the city is considered “safe” and you can’t fight crime there again. Seems weird to me that crime just stops happening in one area of the city, and certainly goes against the “friendly neighbourhood Spider-Man” aspect of the game it was doing so well.

Then there are backpacks to collect, bases to clear, and -gulp- towers you activate to clear up the map. Spider-Man Remastered makes a good case for why these activities are presented in the way they are, however it still feels like busywork that I’ve done a hundred times in other games. I’m just really tired of collecting stuff in games, and it feels especially gruelling when the rewards for these collectibles are specifically tied to upgrades you can spend.

Now, let’s talk specifically about the PC version. Spider-Man Remastered has been ported to Windows by Nixxes Software. You may remember this as the studio that assisted Guerilla in patching the Horizon Zero Dawn to PC, which originally launched with less than stellar results. [Update: we have issued a correction in this paragraph due to misinformation. We apologise for the error].

Through most of our testing, it seems a lot of those major issues that plagued Horizon have been accounted for: Resolution settings work as intended, all animations run at their target framerate, and a lot more polish has been thrown at the game. I’ll post our PC settings below at the end of the review so you can see the hardware we’re running on.

Unfortunately though, flaws are still present. There’s a hitching issue that occurs during some cutscenes, which can cause the audio to fall out of sync. Some character lines are completely omitted due to this, while other times their dialogue simply doesn’t match up with the lip movement. This will persist for the rest of the line but correct itself on the next delivery. It doesn’t happen frequently, but it’s also common enough to become a little frustrating when you’re enjoying the story.

Sony has been in touch to say the issue was fixed in a Day 1 patch, however I did a test following this patch that shows some sync issues still occur.

There is also the case of some graphics settings not really making much of a difference in visual fidelity. LOD (level of detail) for example, doesn’t seem to change much between Low and Very High. The same applies to a few more settings such as shadow quality and hair quality.

However, the game overall looks beautiful, a lot better than it did on PS4, and even PS5 in some regards. It’s easy to forget that PC ports can be difficult to get right, and this game was never originally designed for this platform. It’s important for Sony to release more of its titles here, so more people who don’t own a PlayStation console can get the chance to play it.

When I think about Marvel’s Spider-Man, my mind keeps returning to a moment early on in the game, where Peter gives Miles Morales a couple of pointers about how to fight well. The pair exchange jokes, look out for each other, and there’s the inception of a real bond there that carries through the rest of the game. This is at the core of Spider-Man’s heart; how well the character warms to the people of New York City. Insomniac Games’ understanding of the source material is truly what makes it shine.

For our Marvel’s Spider-Man Remastered review, a PC copy was provided by Sony.

Do you agree with our review? Let us know across our socials, like our Twitter or our Discord. Or check out our other latest reviews, like for Stray or Sniper Elite 5.