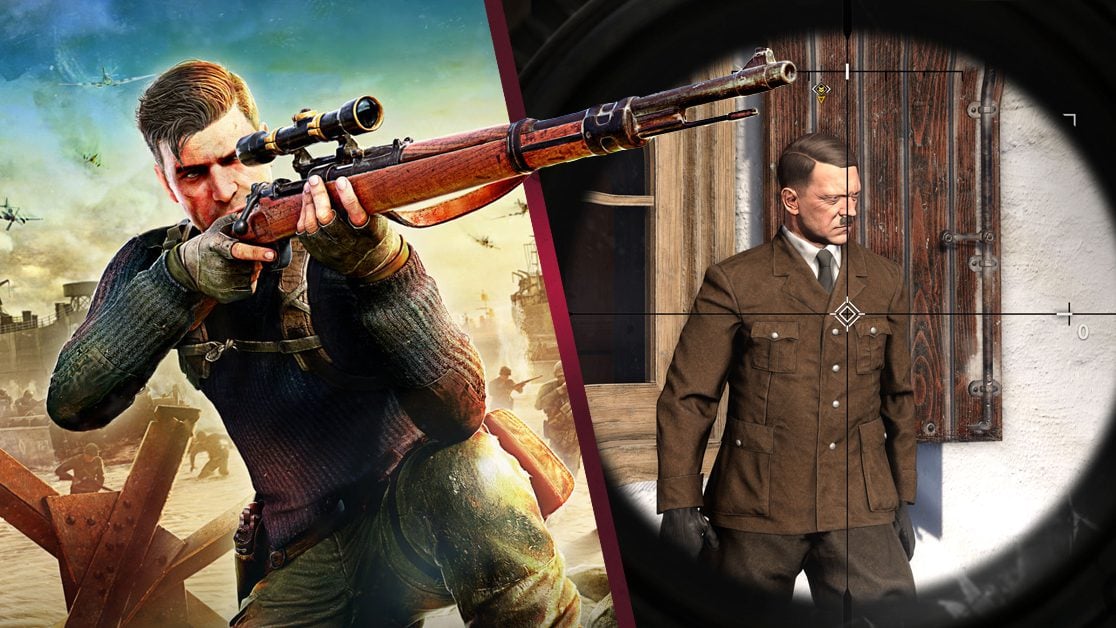 I love a good shooter, but there are very few that have really delved deep into the robust mechanics of a sniper. You’ve got to calculate bullet drop, wind direction, and noise cover.

This is an itch the Sniper Elite series has always scratched for me though. A sequence of titles constantly one-upping its predecessor in the amount of freedom and versatility on offer in each level. In Sniper Elite 5, Rebellion has gone full Hitman in the amount of open-endedness presented.

You can drop into the level from multiple starting locations and complete each objective in a variety of ways. Each mission in Sniper Elite 5 offers at least one stealth method and one that involves making a lot of noise, but digging deeper there are usually plenty of different ways to do it.

If you’re a Hitman fan like me, this is easily the best appeal of the series and offers a good alternative to the immersive sim formula. Although it may not offer the sheer number of kill options as that series – at the end of the day you’re still just sniping – the various opportunities for different firearms kills is varied enough that it keeps the gameplay fresh and innovative throughout.

It also becomes a case of covering your tracks where possible. Sniper Elite 5 allows you to hide bodies in bushes, inside boxes, and other assorted areas that means you must think tactically when clearing an area.

There’s also the option to non-lethally kill enemies, which is admittedly a weird design choice when it comes to fighting Nazis. You even earn bonus XP for knocking them out as opposed to killing them. I understand why this might be a leftover system from common stealth game design, but in a game where Nazis are your enemy, it feels a little tone deaf.

The levels in Sniper Elite 5 also have a good variety in themes. Whilst all are set in France, the nine different stages present in the game take you through sordid enemy fortresses, towering castles, and decrepit farmland.

Sniper Elite has come a long way from the repetitive Berlin levels in V2, understanding that each level needs to be thematically diverse to ensure a smoother flow between stages. In the 20 hours of playtime I experienced with the game, I never once felt like I was treading the same ground.

But despite this, the World War II European setting is starting to take its toll on the series. Sniper Elite 5 is now the 4th game in the series to take place in Europe, and it feels a little stale. It’s all fun and games shooting Nazis in Wartime France, but I’d love to see Rebellion take the series elsewhere.

Russia is an option, reclaiming Stalingrad from Nazi invaders in a bloody battle that lasted five months. Or maybe take the series east to the Pacific Theatre, there are plenty of islands out there that would mould well to Sniper Elite’s gameplay.

Sniper Elite 5 also has a few shortcomings. Some levels feel a little closed off, with few routes to move around. Even with the enhanced traversal, there are some moments throughout the campaign where you’re funnelled into a tight area. This can cause some headaches when sneaking through highly-populated locations.

It also doesn’t help that there are lots of invisible walls which block your progress. There are some spots where you feel you can definitely fit through a tight space only to have the game refuse to let you through. It can ruin the pacing of a level as you’re forced to go a certain way you don’t want to. It also doesn’t help that there’s no jump button, which can make it awkward moving around on uneven terrain.

But on a technical level, Sniper Elite 5 runs well on PC. Loading times on a M.2 SSD are kept to a minimum. In our tests we calculated a total of less than five seconds to go from the menu to gameplay. There were also very few hitches to the total CPU load, which is impressive with the amount of AI and other gameplay elements running during a single level.

One of the standout new features for Sniper Elite 5 is the optional Invasion Mode. During a campaign mission, another player can drop in as an enemy “Jaeger Sniper” with the task of eliminating you. With little intel to find each other, it very much becomes a game of cat and mouse as you each study the environment, sneaking around making as little noise as possible, with the goal of gaining the upper hand and defeating the enemy sniper.

The sheer mind games that occur in Invasion Mode easily makes it the best feature Rebellion has ever designed for a game. In an early invasion, I placed down a decoy helmet in a trench and hid atop a cliff in some bushes. The bait was obvious, but it did draw the enemy player out of hiding when I saw their head in another trench on the other side of the beach.

I took a shot… and to my surprise my enemy was also using a decoy. Having exposed my position, I was then sniped from a completely different area.

I’d made the mistake of underestimating my opponent, but Invasion Mode really offers some amazing gunplay that simply isn’t present in any of the regular missions. AI enemies don’t have that same cunning as a real human being, and aren’t capable of sustaining pressure on you in the same way. The mode is easily the closest thing Sniper Elite 5 does to emulate epic sniper battles you see in old WW2 movies.

Sniper Elite 5 has a varied number of difficulty levels, allowing you to tweak the experience for a breezier time or an intense challenge. What I really love about it though is the ability to tweak individual settings, similar to how The Last of Us Part 2 and Shadow of the Tomb Raider did it.

You can make enemies tougher and smarter, but also decrease the number of complications that occur during sniping (wind direction, bullet drop). It makes for a fantastic customisable experience that opens the game up to many more people.

Other accessibility features include colourblind options, aim assist, and being able to toggle specific visual cues to make the game a less nauseating experience for players. Subtitles are also included, as is standard for any modern game, however the ability to change text size doesn’t apply to all on-screen text. This means some text is still hard to read for visually impaired players, especially the in-game notes which use a tiny font size.

Putting it under the scope, Rebellion Developments has delivered a coherent, open-ended stealth experience filled with plenty of freedom. This is peak Sniper Elite, with so much about the game inspiring tactical, sneaky gameplay that makes you feel like a real wartime marksman.

For our Sniper Elite 5 review, a PC copy was provided by Lick PR.

Do you agree with our review? Let us know across our socials, like our Twitter or our Discord. Or check out our other latest reviews, like for Evil Dead: The Game or Tiny Tina’s Wonderlands.