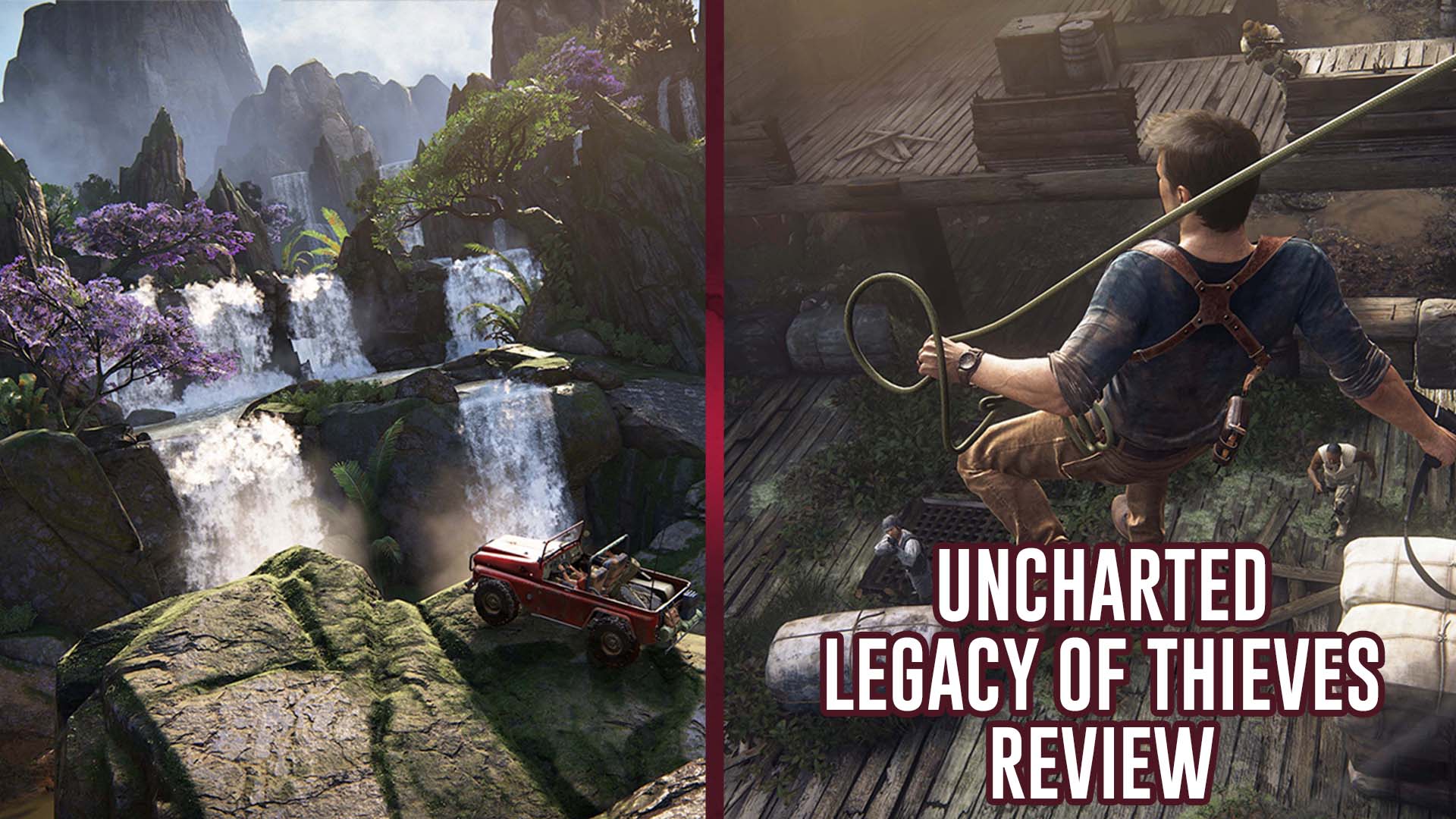 Uncharted has always been a shining beacon in the PlayStation line-up, and nothing has changed with the release of the Uncharted: Legacy of Thieves Collection. Bundling together the best that Uncharted has to offer, returning to the world of Nathan Drake and Chloe Frazer is just as joyous as it was the first time around. A few swanky PS5 polishes work to give both games a face-lift, making this the definitive way to round out an iconic adventure.

In the grand scheme of things, Uncharted 4 and Lost Legacy are not that old. They released during the era of the PlayStation 4 Pro, thus already looking pretty sharp on last-gen hardware. As such, it’s generous to consider the Legacy of Thieves Collection a remaster of sorts. None of the visual effects have been touched in huge ways, but the way it’s presented has.

You’re given a choice of three display options: Fidelity, Performance, and Performance+. Fidelity mode renders each game at a native 4K resolution with a target frame rate of 30fps. Playing in this mode gives a similar experience to playing on the PS4, just with a much sharper image. It’s striking to see character models and stunning environments rendered in such exquisite details. The massive resolution bump really brings out the most of Naughty Dog’s excellent performance capture, putting the focus directly onto its characters.

However, it’s Performance mode where I think Uncharted: Legacy of Thieves Collection is best played. This runs the game at a target frame rate of 60fps and a base resolution of 1440p upscaled to 4K. Once you switch to this mode, you won’t look back. Uncharted’s excellent combat and fast paces movement shine with the smoother motion – it makes 30fps feel lethargic by comparison.

I sadly wasn’t able to test out Performance+ mode which renders the game at 1080p but with a target of 120fps. This would be fantastic if you’re playing on a lower resolution gaming monitor, but I feel that the resolution would be a little too blurry on a big screen TV. The normal performance mode strikes the perfect balance between visual clarity and smoothness. Even five years on, these games feel right at home on new hardware – a testament to their timelessness.

Outside of the visual bump, the PS5 also has a few other new tricks up its sleeve. The DualSense controller now has improved haptic feedback so you feel every punch, jump, and car crash through your hands. The adaptive triggers also adjust their resistance when you’re firing weapons or driving a car, just like we’ve seen in other PS5 titles.

Sadly, I do feel like the adaptive triggers could have seen more love here. We’ve felt how awesome web swinging feels with adaptive triggers in the Spider-Man games. It would have been great to feel something similar while swinging from the countless ropes and grapples in Uncharted. However, these actions are mapped to bumper buttons, so that experience is lost to us here.

Likewise, there are a lot of sections in which you’re off-roading a Jeep through less than ideal terrain. Scrambling for grip is an actual gameplay mechanic here, and it would have been great to feel every loss or gain of traction through the triggers. Unfortunately, the triggers only offer one level of resistance while driving, no matter the terrain. They still feel great, but it’s definitely a missed opportunity.

If you’ve previously played these Uncharted games on PS4 then you’ll definitely appreciate the near instant loading times on the PS5. Chapters blend into one another seamlessly, and it still boggles my brain how quickly you can get from the main menu to the action. Those coming directly from PS4 will also appreciate the easily transferable save files. You can learn more about how to transfer your Uncharted saves to PS5 here.

In terms of content, you’re not actually getting anything brand new here. It’s the same Uncharted 4 and Lost Legacy main campaigns that we loved the first time round. That’s not necessarily a bad thing – if you were to release either of these games today and call them a PlayStation 5 exclusive, I’d believe you. Aside from looking stunning, the combat and traversal mechanics are the best in the business. It’s Naughty Dog linear storytelling at its finest.

It’s in these games that we first saw the studio experiment with semi-open world segments that it would continue in The Last of Us Part II. Lost Legacy especially has an excellent open world-lite section in which you can tackle objectives and uncover secrets in any order. This sense of player freedom truly lets the player embody the spirit of Drake and Frazer, uncovering mysteries at their own pace.

These two games still have some of the best puzzles in the series, too. With the solution to each problem politely laid out in Drake’s notebook, each of them strike the perfect balance between feeling solvable without being impossible. I never once felt the urge to look up a guide, nor did I feel like I could brute force my way through them. If you do feel like you need a guide, though, we have plenty to help you here on GameByte.

The high frame rate boost in the Legacy of Thieves collection did spawn one thought in my head, though – it’s a crying shame these games never saw any multiplayer love. Jumping, climbing, and swinging through combat arenas is excellent fun when against AI, but the buttery smooth frame rate made me yearn to go up against real opponents.

Is Uncharted Legacy of Thieves Collection worth your time?

Even if you’ve played through Uncharted 4 and Lost Legacy before, I’d recommend returning to them for this collection. Playing at a higher frame rate won’t completely transform these games, but it certainly makes them more enjoyable. After five years with nothing new in the world of Uncharted, now is a better time than ever to jump back in.

Sony could have done more to make the PS5 version feel more distinctive, particularly in the controller department. It’s also a damn shame that we don’t see any new content at all with this port – a multiplayer mode really would have sealed the deal. We’ll just have to wait for the PC community to mod that functionality when it releases on Steam later this year.

Despite its missed opportunities, you’re still getting two of the best PS4 games here that look and feel their best. The £10 upgrade fee is more than worth the price of admission, and £44.99 is nothing to sniff at for two games that, for all intents and purposes, could be PlayStation 5 exclusives.

A copy of Uncharted: Legacy of Thieves on PS5 was provided by Sony Interactive Entertainment (SIE) for review purposes.