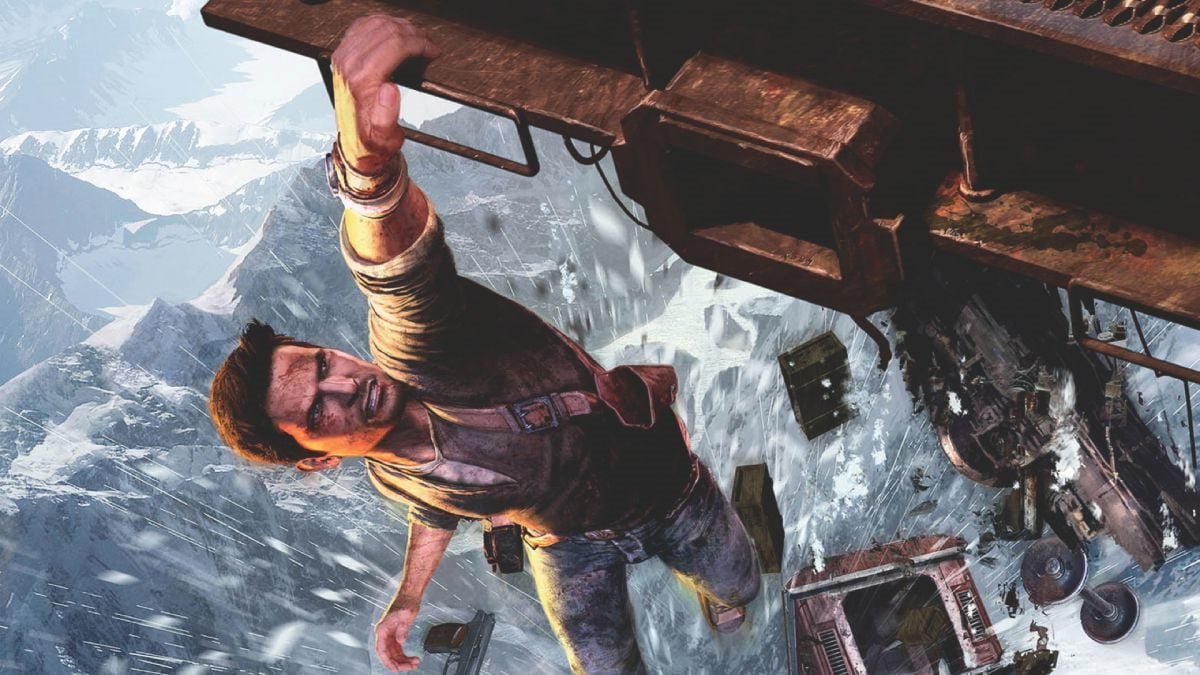 Uncharted as a series is laying dormant for the time being, but with the upcoming PS5 & PC collection on the way as well as the movie starring Tom Holland and Mark Wahlberg, it’s time we settled this: which are the best Uncharted games and why?

We’ll be going from worst to best, starting with…

The one that kicked it all off. Having been primarily known for the Crash Bandicoot and Jak and Daxter series, Uncharted: Drake’s Fortune was an experiment for the Sony-owned developer to create a game featuring realistic character models rather than stylised.

Taking inspiration from classic adventure stories that appeared in pulp magazines and movie serials from the 1940s, as well as obviously Indiana Jones and Tomb Raider, Drake’s Fortune follows Nate as he tracks down the lost treasure of El Dorado.

Why is this one at the very top of the list? Simply put, it’s more forgettable than its successors. While there’s great characterisation between the three protagonists and fantastic level design that intersects puzzle, exploration and combat gameplay well, some of its set pieces run the risk of feeling very repetitive, and the vehicle sections remain a chore to suffer through.

It was phenomenal for its time, but is starting to show its age.

Notable for being the only Uncharted game made for PlayStation Vita and the only one not made by Naughty Dog, Golden Abyss is a standalone adventure set before the events of Drake’s Fortune. It once again stars Nathan Drake, this time teamed up with new original character Marisa Chase.

Golden Abyss does a good job of utilising the Vita’s unique functions, such as using the rear touchpad to interact with items and using the touchscreen to pick up weapons, fight enemies, and climb across vertical surfaces. On the other hand, I found myself ignoring a lot of this in favour of using the traditional gamepad buttons to play through the game.

It’s not bad though. While the story isn’t very memorable, the characters are delightful. The chemistry between Drake and Chase is great and the levels are pretty fun to play through too.

The last of the original PS3 titles, I’ve always seen Drake’s Deception as the turning point for the series where it started to embrace the Hollywood-inspiration with its epic action set pieces and a sharper script that Naughty Dog had slowly been shifting towards since the first game.

This also happens to be the place where it falls short for me. The plot of Uncharted 3: Drake’s Deception can feel a little convoluted at times, with too much focus on giving you action sequences to run or shoot your way through with little narrative tissue to connect the dots between them.

Still, it’s not a bad game at all. The puzzle-solving is great and the characters are still charming as ever. I just feel that it loses focus about halfway through.

After a five-year break, Uncharted returned with A Thief’s End. It was Naughty Dog’s first title developed for the PlayStation 4 and utilised the enhanced power of that console to expand the scope of what an Uncharted game could aim for.

I have to criticise it for the implementation of stealth mechanics. Uncharted had toyed with stealth in the past, but Naughty Dog decided to make it a full feature for A Thief’s End with many combat encounters giving you the choice to sneak your way through it. Unfortunately, it feels too tacked-on and not as fleshed out as the feature could be.

It’s also really long, a lot longer than any of the other games. You’re either gonna love that or hate it, but it definitely drags a lot in certain points of the story.

The Lost Legacy shook things up by introducing a new playable protagonist, Chloe Frazer, who was a supporting character in a few of the earlier Uncharted games. It saw her team up with Uncharted 4 villain Nadine Ross as they both seek a treasure in the Sahyadri mountain range of India in the middle of a civil war.

Playing as Chloe instead of the usual series’ lead Nathan Drake was a huge breath of fresh air. All it really takes is a shake-up of this dynamic to see this series could absolutely work without him as a protagonist. As the game progresses, we get to see the relationship between Chloe and Nadine develop as the two unwilling comrades slowly befriend each other, paving the way for some of the best writing the series has ever produced.

The Lost Legacy also brings back the stealth and open-world areas from Uncharted 4, but it feels much more fluid here. There’s a section of the game which is all open and takes you several hours to see the whole thing, and proves that Uncharted doesn’t always have to be a linear parkour game.

If you need to sell anyone on the appeal of Uncharted, get them to play the opening minutes of Among Thieves.

Everything about Uncharted 2’s set pieces just oozes perfection to me. Fighting through a large train into the Himalayas? The cat-and-mouse tank encounter in the mountainside village? Storming the monastery? The series may not have dipped much in quality since this, but it’s hard to argue Uncharted didn’t peak with these moments.

Most importantly, it also gave room to develop Nate and Elena’s relationship. The seeds had been planted in Drake’s Fortune, but it was in Among Thieves where this characterisation truly blossomed. We’re not seeing these characters in a heat-of-the-moment adventure as had happened in the first game, but rather we get to see how that past adventure had affected them and their actions moving forward.

I would even go so far as to say Uncharted 2 was the peak of the PlayStation 3. Naughty Dog performed miracles with what could be done on that hardware to create a compelling adventure game that is equally emotive as it is thrilling.

The Future Of The Franchise

We don’t really know what’s next in store for the Uncharted series. For a time, we assumed Naughty Dog was done with the series to instead focus on The Last of Us and new IPs, but reports and rumours from earlier this year suggest a new Uncharted by the same developer could be coming to PlayStation 5.

I think Uncharted is far from over. There are still so many golden opportunities for new stories in that universe. The Lost Legacy proved that you don’t need Nathan Drake as a protagonist to make a compelling Uncharted game, while the epilogue of A Thief’s End suggested that more games starring Drake’s daughter Cassie could be on the cards.

What’s your favourite game in the Uncharted series? Are you mad we didn’t even include Fight for Fortune? Let us know across our social media channels.

Uncharted Collection Leaks For PC, But Is It Real?