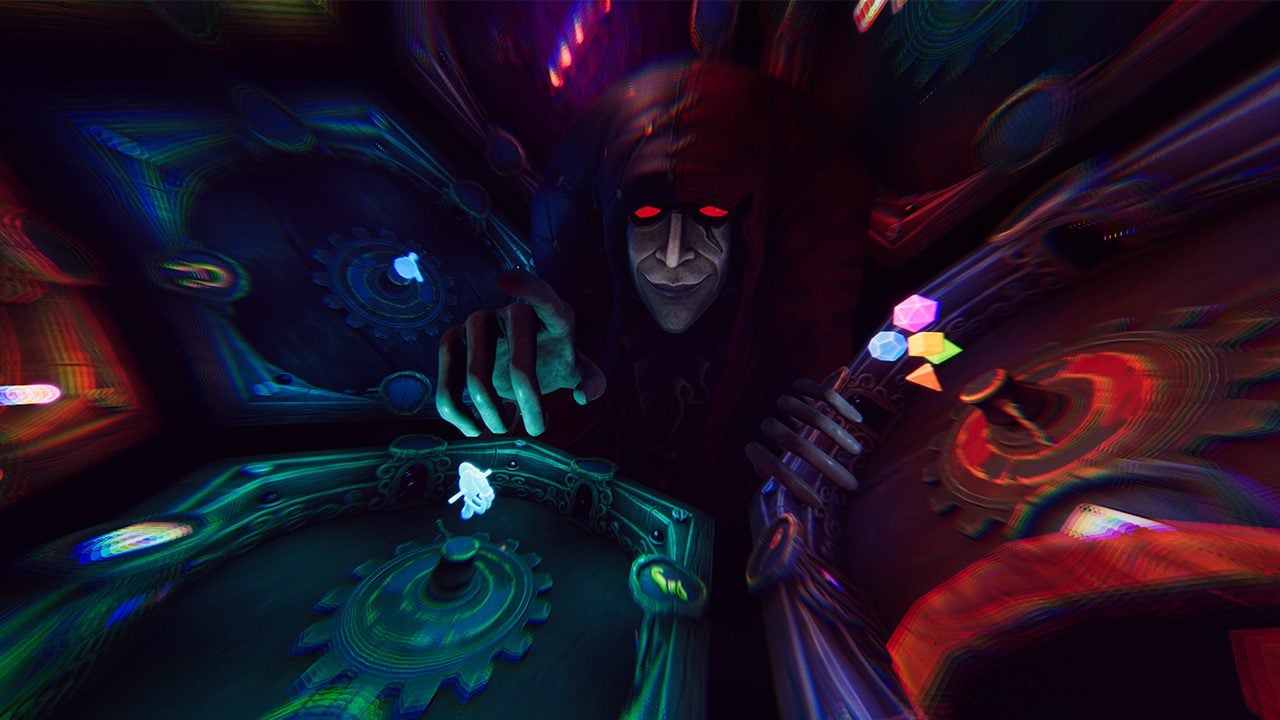 There’s nothing quite like a good co-op game and the We Were Here series has scratched a particular two-player itch that few other games have touched on. We Were Here Forever is Total Mayhem Studios’ most ambitious game yet. It’s also its toughest and though that brings some amazing innovations, puzzle designs and locations, it also brings a few problems.

We Were Here Forever swaps out the usual “play it in an evening” formula of the previous entries for a longer, more story-driven experience. It takes around 12-15 hours to complete and is neatly divided into six chapters, each with its own themes and conclusions.

The game kicks off as you wake in Castle Rock and begins with a tutorial, which is a welcome addition. This leads naturally into the bulk of this chapter which all takes place within the castle and everything here feels like a peak We Were Here.

The puzzles are fun, there are some great innovations that involve teamwork and some really cool ideas. However, beyond this chapter, it feels like there was a struggle to balance the difficulty sometimes, especially since the next three chapters can be done in any order. This presents some problems, none of which spoil the game, but they do hold it back.

The way puzzles work in the We Were Here series is that you are often entirely separated from your partner, and you must describe what you can each see via walkie-talkie and work out what you’re supposed to do. This has historically led to a lot of funny moments: I still joke with my partner about symbols we once described in the first We Were Here game when anything even remotely similar crops up in real life. It’s the mechanic that makes this game series so unique, the puzzles intriguing and provides a lot of fun with a good friend.

All the puzzles in this game are thematically beautiful, and well presented from a visual perspective. No puzzle feels out of place for the area you’re in, and there are some really unique ideas for puzzles I haven’t seen anywhere else.

The developer has really carved a unique place in the genre with the puzzle design. I particularly like ones where you can see and guide each other.

One such puzzle involves a rotating hexagon maze that was a lot of fun as you find yourself looking for your partner across an almost 360 plane, as they disappear through doors and you never know where they’ll end up next. Another area has you constantly swap who does what when one player is left stumped, and figure things out together which was a welcome addition, as it’s rare in this franchise.

There’s also a diverse range of puzzle types to keep things fresh as you progress, but they almost always revolve around that core mechanic of needing to explain things to each other. It’s always satisfying when you finally get that correct solution at the end.

However, playing these puzzles can occasionally fall short for a few reasons, which can dampen the otherwise fun experience with a little frustration.

The problem with We Were Here Forever is that, in attempting to scale up the length and quality of the game, the puzzles are sometimes very overcomplicated once you’re past the first area, but not in the way you might expect. Oftentimes what you have to do is simple – how you get there is either vague or long-winded.

For example, there’s a puzzle where you find yourselves on opposite sides of a 4×4 grid. One player has a blue ball of energy and the other orange in an input location, and you have to get your colour to the output location on the other player’s board by connecting the squares in the grid with pipes.

However, there are also pipes of varying sizes, a limited number of each, and the possible pipe locations on the grid all had different shapes that didn’t seem to serve any relevance at the end (that we could tell anyway). This led to us explaining all of the wrong things to each other because we didn’t understand what was important and what wasn’t, and this happened way too often. And unlike previous games where this has been used to comedic effect, there was nothing funny about it – it was just frustrating.

Another issue I had with the puzzles of this game, is you’ll often find one player waiting for the other player to do stuff and not having anything to do, due to some puzzles being long mazes with spread out clues. There was one particular puzzle that also added slow movement into the mix and though that was part of the puzzle design, it did leave the second player twiddling their thumbs a lot, especially since we had to repeat it several times as we failed and figured it out.

Other games in the genre solve this by having things like split-screen or being able to see your partner, so you can help each other out when you’re stuck. However, since the core mechanic of the We Were Here franchise is not seeing each other most of the time, if one player misses even one little detail, either through misinterpretation or because they didn’t realise it was relevant, it can leave the second player frustrated as they can see no logical way to advance from their side.

Even when you are doing well, having to stand around and wait can break the momentum. For the most dedicated puzzlers, these issues won’t be a big deal and you’ll enjoy the challenge, but if you’re a more casual gamer, you might at times find yourself short on patience every once in a while. However, this doesn’t compromise the unique vision Total Mayhem Games has for the puzzles.

One of We Were Here Forever’s biggest strengths is the level of polish it includes. You can see the love and care for the game in each model, location and character across the entire game. The whole art direction is gorgeous and the best of this is evident across each different area, from spooky graveyards to underwater mazes.

The sound design is also brilliant, which emphasises the mood of every location and keeps you on edge. The We Were Here series has always had a spooky vibe and Forever has really ramped that up with its atmospheric audio cues. Spooky ambience often takes the place of music, but when music is present, it’s subtle and in the background, contributing to that feeling of unease without getting in the way of your puzzle solving.

However, while the game itself looked beautiful and ran smoothly, we did have issues with the save system. Once we completely lost our progress before the game’s launch, and though we shrugged it off as a small bug that would be fixed by release (and we were also able to recover that data), we then found after launch that we lost a whole chapter’s worth of progress and had to replay it again.

It wasn’t the end of the world, because we just switched around who did what on the second playthrough, but it did feel pretty frustrating.

We also had one day where we just couldn’t get into the game due to the servers and weren’t able to play, which is a shame, as these technical problems were the only issues that soured an otherwise polished experience.

In terms of accessibility, We Were Here Forever has some options but falls short in others. Subtitles are available in the game and there is a hint system for when players are stuck.

However, upon using hints we often found them to be unhelpful, as they often state the obvious when you’re stuck just because you’ve missed something important about how to do something, rather than what you are supposed to do.

Something I found an issue at one point in the game were the sound sliders – there’s only one for music, another for players voices over the walkie talkie and a final one for sound effects.

There was one particular moment where I found myself smashing a gravestone only to be haunted by ghosts because I was incorrect. However, these ghosts proceeded to constantly whisper hauntings in my ear until the whole puzzle was solved which made it difficult to focus on all of the information my partner was giving me, as I’m autistic, and there are times where lots of voices talking at once can make it difficult to focus on anything.

The only way to remove the ghosts beyond resetting was to turn the sound effect slider to 0, but this removed all sound effects, including player actions and most crucially, the sound of the walkie talkie popping up. Ideally this could have been on a separate slider, or only have any constant, verbal noise like that appear once, when you initially get a puzzle wrong.

We Were Here Forever represents the growth of its developers – the franchise has come a long way from its humble beginnings as a school project and it’s brilliant to see just what this indie studio is capable of at its full capacity. It’s definitely worth playing if you have a friend to play with. Despite the loss of simplicity the previous games were known for, this doesn’t spoil an otherwise unique and interesting puzzler.

For our We Were Here Forever review, a PC copy was provided by Total Mayhem Games.

Do you agree with our review? Let us know across our socials, like our Twitter or our Discord. Or check out our other latest reviews, like for LEGO Star Wars The Skywalker Saga or Evil Dead: The Game.