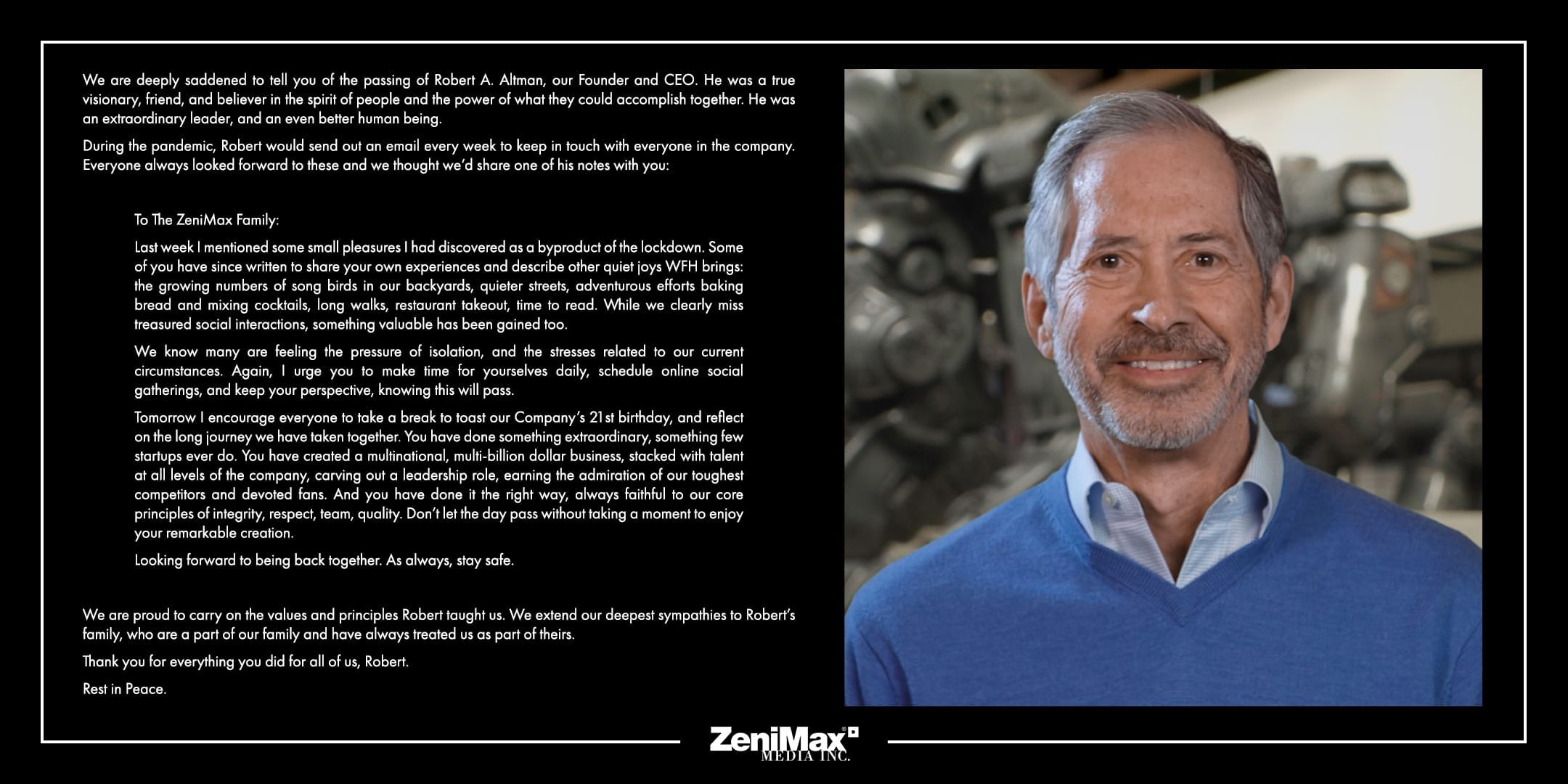 Robert A. Altman, the Founder and CEO of ZeniMax, has sadly passed away. The news was shared to social media by Bethesda, who penned a heartfelt tribute to Altman and his family.

“We are deeply saddened to tell you of the passing of Robert A. Altman, our Founder and CEO,” said Bethesda on Twitter. “He was a true visionary, friend, and believer in the spirit of people and the power of what they could accomplish together. He was an extraordinary leader, and an even better human being.”

The company also noted that during the difficult times of the global pandemic, Altman would write an email to every member of the ZeniMax team, encouraging them to keep their spirits high with anecdotes, tales, and positivity. You can read one of Altman’s emails in full via the tweet below.

Industry insider and journalist Jason Schreier took to Twitter to reaffirm Altman was “well-loved” by people at ZeniMax, the parent company of Bethesda.

“Bethesda/ZeniMax CEO Robert Altman has died,” Schreier tweeted. “He was well-loved at the company – lots of Bethesda people were shaken up yesterday when they learned the news.“

Altman joined up with Bethesda founder Christopher Weaver way back in 1999. The duo formed ZeniMax Media, which now owns many incredible game studios including id Software, Arkane, MachineGames and, of course, Bethesda. ZeniMax was acquired by Microsoft last year, putting these studios and more under the Microsoft umbrella.

Without the likes of Altman, it’s safe to say that gaming would be very different today!

“I am incredibly saddened by the news that we have lost an industry icon, partner, and close friend Robert Altman,” said Spencer. “Sending love and strength to his family and all the teams at Zenimax/Bethesda during this very difficult time.”

Our thoughts are with the family of Robert A. Altman, truly an important and inspirational figure in video games history.