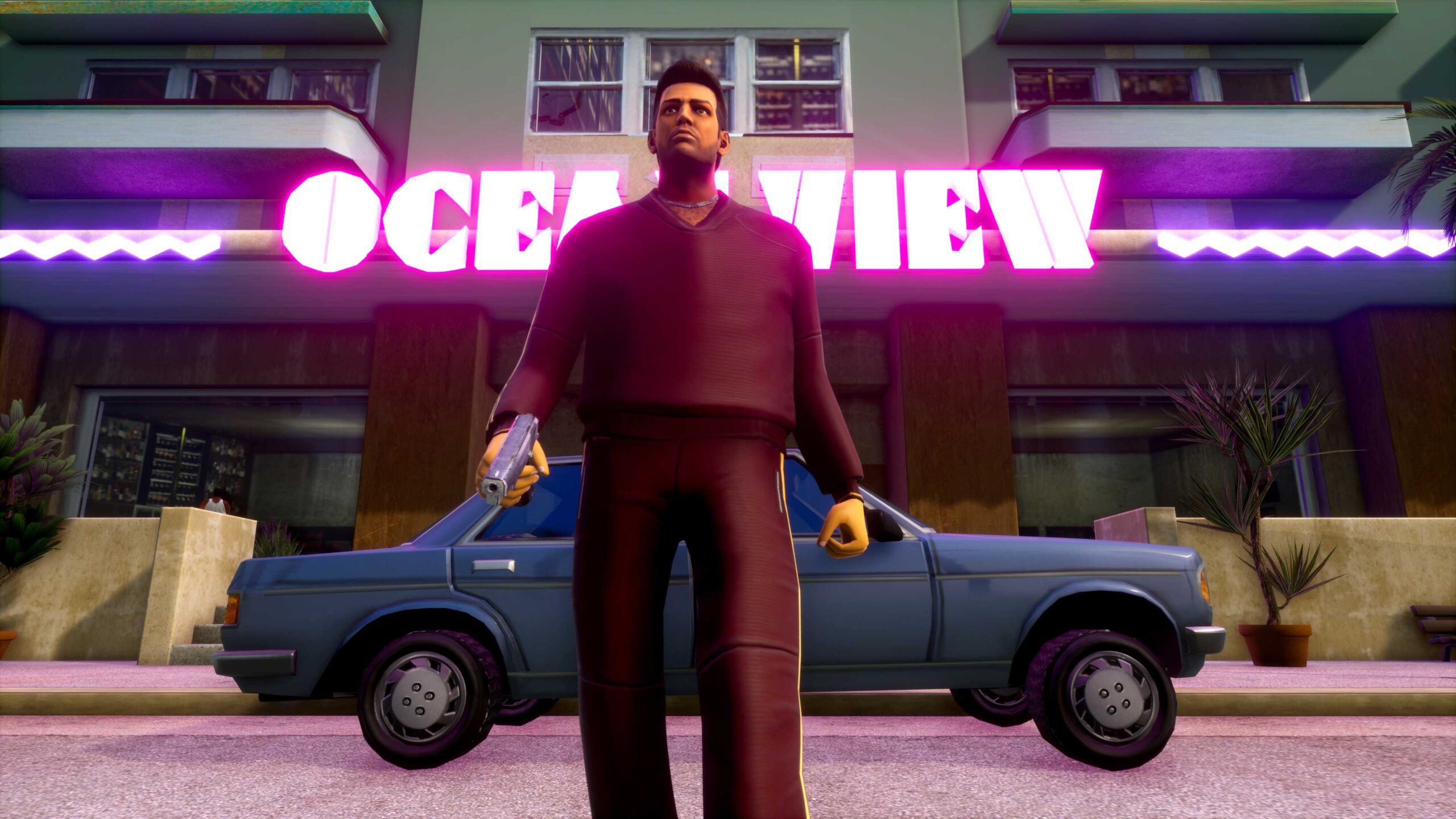 The shame just keeps on piling up in GTA Remastered Trilogy, as it seems Rockstar Games couldn’t even get its own logo right.

GTA Remastered Trilogy was released earlier this month on November 11th. It features remastered versions of GTA 3, GTA: Vice City and GTA: San Andreas. Each of the three games has been rebuilt using Unreal Engine, had its controls tweaked inspired by GTA 5 and more. In truth, this remaster should have been an easy route to success. However, that wasn’t to be.

Since GTA: The Trilogy – The Definitive Edition was released, gamers have been reporting bugs, crashes, and mediocre performance. Overall, it’s simply not a remaster that has done this series the justice it deserves.

While we can talk forever about all the technical mishaps of this remastered collection, even the simpler things are gaining unwanted attention. Simple things like a Rockstar Games logo. You know, the logo that is plastered all over its products and is one of the most instantly recognisable logos in the industry.

However, despite being recognised by just about every gamer, it seems that the team handling the GTA Remastered Trilogy for Rockstar Games, Grove Street Games, are not as familiar. At the very least, it was an oversight.

Something doesn’t look quite right

That being said, the image of the botched logo was shared on Reddit by user TOOMtheraccon. At a quick glance, the swimming pool designed as the Rockstar logo looks fine. However, when you look at the in-game map, it obviously has one too many points.

I know this may seem nit-picky, but seriously, at the very least Grove Street Games could get the logo right, surely? Thankfully, this is one of the most minor reported issues of this remastered collection and can hopefully be patched out quite easily.

Have you noticed any funny bugs and oddities in Grand Theft Auto: The Definitive Edition – The Trilogy? If so, let us know across our social media channels.