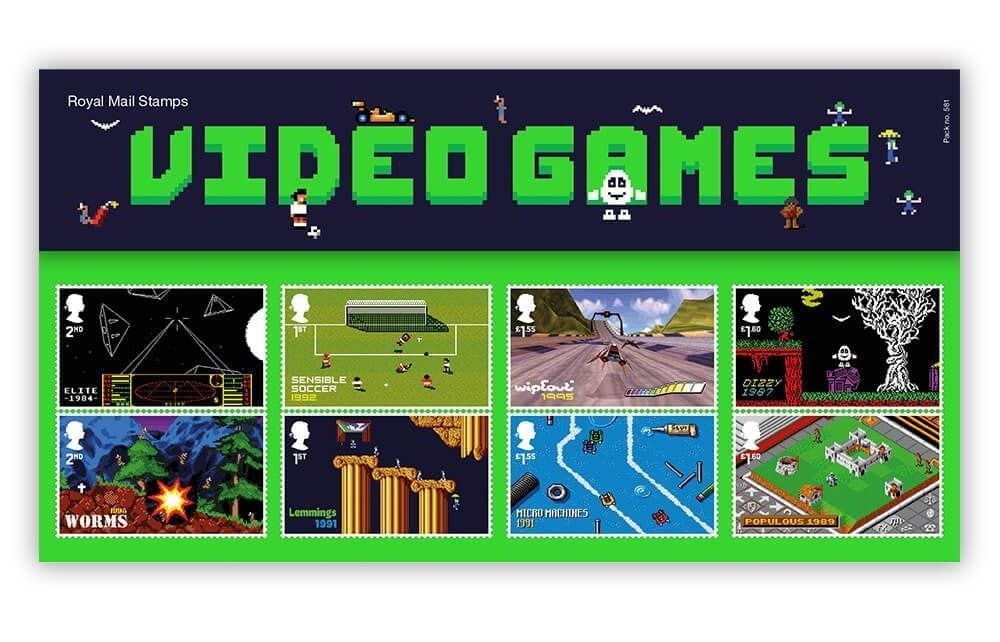 Since the 1980’s, the UK has had a rich history of video game classics, which carried on through to the 1990’s and to this very day.  And to celebrate that very rich history, the Royal Mail are releasing a set of 12 stamps each celebrating classic series from Tomb Raider, Dizzy, Micro Machines, Lemmings, Worms, Wipeout, Populous and the greatest football game of all-time, Sensible Soccer (come at me!).

Each of the limited edition stamps feature imagery and screenshots from some of the games most memorable moments in UK gaming and these are sure to be on the top of the list for many collectors alike.  Each of the stamps was carefully selected by games industry body UKIE and veteran video games journalist Julian Rignall.

A spokesperson for Royal Mail, Phillip Parker had this to say on the announcement of the limited edition stamps “UK has been at the forefront of the video games industry for decades,”, Parker added “In the 1980s and 90s young designers grappled with coding on the new microcomputers and set the template for the industry with iconic games. We celebrate some of their landmark creations on stamps.”

Chief Executive of UKIE, Jo Twist chipped in on the announcement by saying “This collection celebrates a selection of the great British video games that have helped define both the national and global development scene over decades,”

These awesome stamps will be available via the Royal Mail from January 21st. Will you be adding them to your collection? Let us know across our social media channels.