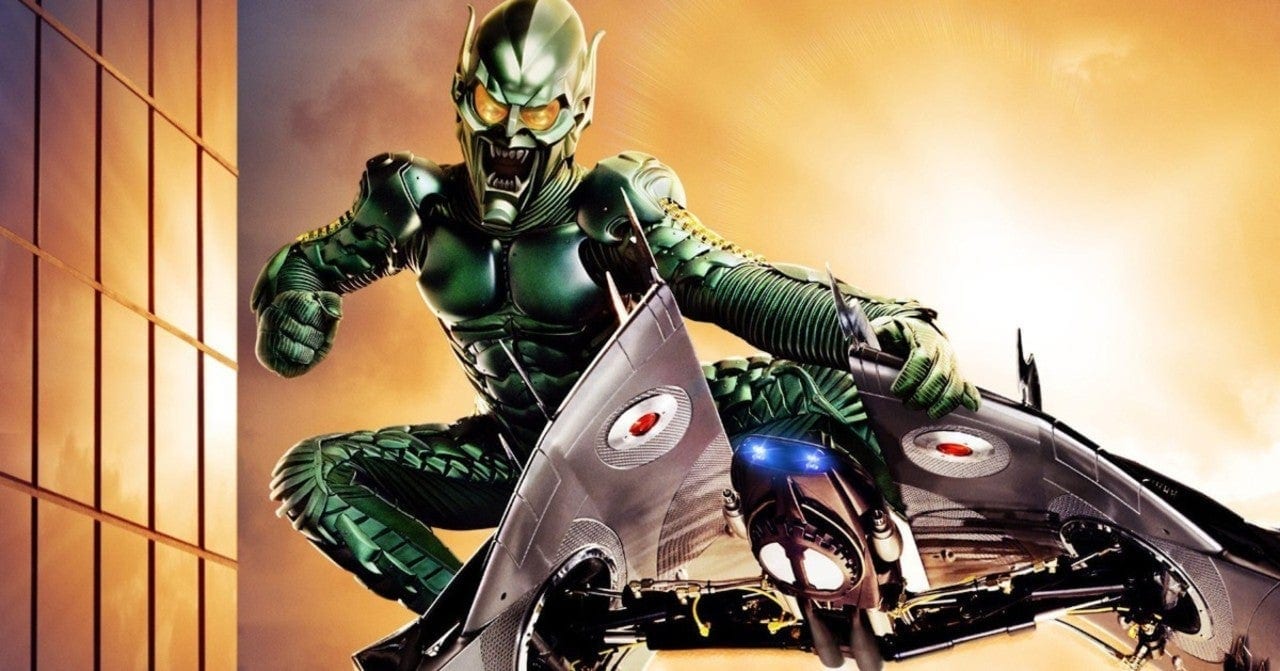 Ever since rumblings began of Spider-Man: No Way Home’s story having a focus on alternative dimensions and timelines, rumours have circulated that we’ll see cameos from characters from previous Spider-Man movies.

Rumours included Toby Maguire and Andrew Garfield’s Spider-Man, as well as Kirsten Dunst’s Mary Jane – even Daredevil has been thrown into the mix.

We know for sure that Alfred Molina who played Otto Octavius a.k.a Dr. Octopus in Sam Rami’s Spider-Man 2 will star. Molina will also be joined by Jamie Foxx who played Max Dillon a.k.a Electro in Marc Webb’s The Amazing Spider-Man 2. Maguire and Garfield also starred in both of those movies respectively.

As reported by Screen Rant, in the latest episode of Collider, reporter Jeff Sneider’s podcast, it was indicated that Willem Dafoe’s Green Goblin may also star in Spider-Man: No Way Home.

Dafoe’s Goblin, also known as Norman Osborn, starred as the villain in both of Sam Rami’s first Spider-Man movies. So, when you consider that both Dr. Octopus and Electro have been confirmed for Spider-Man: No Way Home, it’s not outside the realms of possibility that the Green Goblin will also feature.

Jeff Sneider claims that he’s “pretty sure” that his information on the Green Goblin is reliable. Sneider also believes that Dafoe’s Green Goblin will enlist the services of Dr. Octopus and Electro as the first members of the Sinister Six.

It’s worth keeping in mind that these rumours are speculation at this time, so we must take all gossip with a pinch of salt. Yet if true, the involvement of the Sinister Six will be exciting news for Marvel fans.

Are you excited at the prospect of Willem Dafoe’s Green Goblin joining the cast of Spider-Man: No Way Home? Let us know across our social media channels.

SHOP WITH GAMEBYTE! Don’t forget you can find some of these great games and more through the new GameByte Shop! The GameByte Shop is stocked up with the latest games, merch and accessories. We might even have a new-gen console or two! Sign up to our newsletter to be notified of our console drops. Please note the GameByte Shop is available for UK customers only.