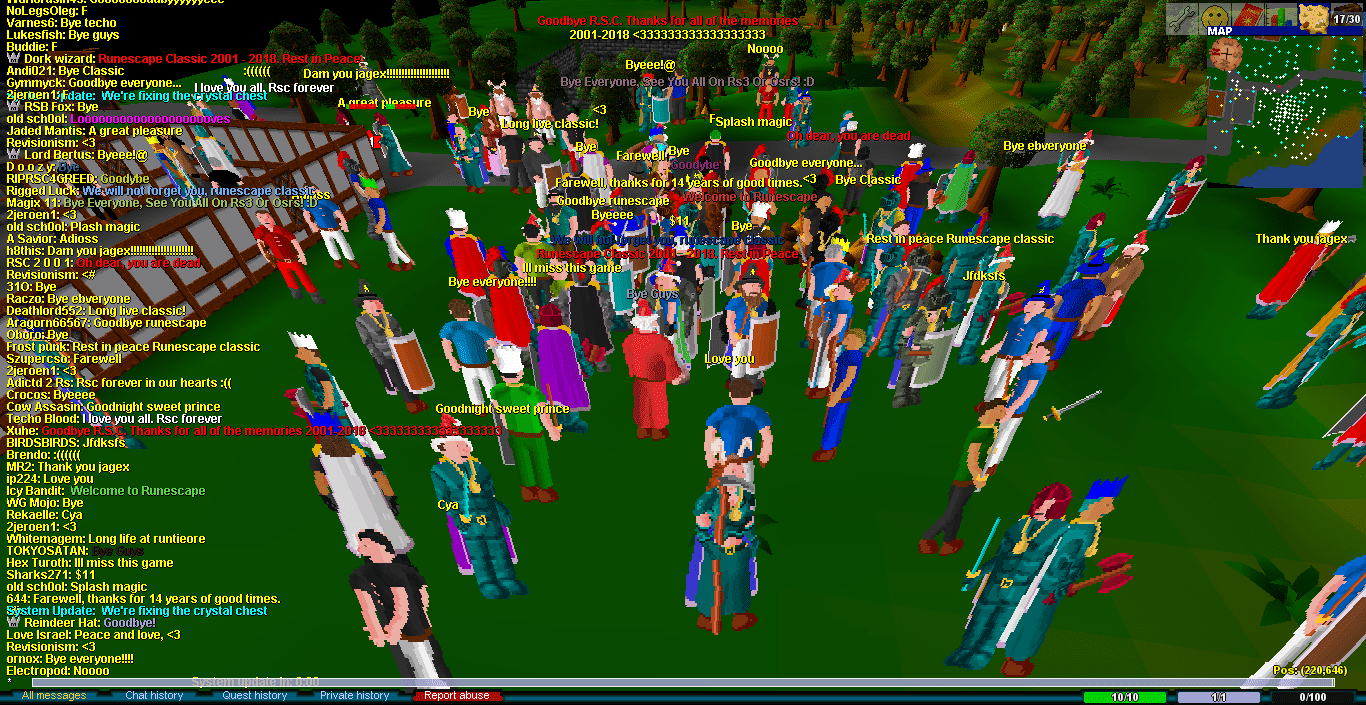 As everyone now knows, Runescape Classic is no more (RIP childhood). Jagex closed down the game’s servers on 6th August 2018, ending one of the best eras in gaming that will be fondly missed by many. 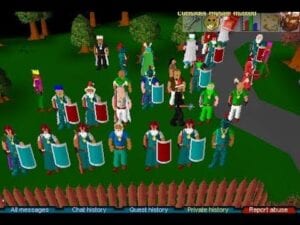 However, the closure of the servers was delayed by Jagex employees, who wanted to give Twitch streamer Titus_Furius the chance to complete one final quest with an audience of over one thousand people – including employees of Jagex.

Titus_Furius, well-known in the Runescape community, was attempting the game’s most difficult challenge: the Legends’ Quest.

With just moments to go until the servers closed, Jagex kept them going a little longer especially for the stream, giving Titus the title of Runescape’s last player.

Titus has been playing Runescape Classic since 2003, deciding to jump back into play after a few breaks so as to give the game a proper farewell. Having access to the game’s Veteran-Only servers gave Titus the chance to complete the Legends’ Quest (and everything leading up to it.) 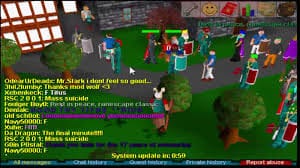 The quest was no easy feat – especially considering the serves were due to close in just a few hours. Titus’ stream ended up being around 12 hours long, and he was still minutes away from completing the quest when the game announced the servers were about to close.

“When the initial timer came up, I thought it was over,” Titus told PC Gamer. “Which is when I broke down in tears on stream.”

The countdown timer showing the end of the game hit zero – which is when Jagex moderator Mod Atlas told the Twitch chat: “I might have cancelled the shutdown just for you.”

Titus commented on the kind gesture, saying: “”I am very grateful to them for doing that for me,” he says. “Some people weren’t happy about that because they thought I was getting special treatment. Others were happy because they could hang out with their friends on Classic for longer. The funny thing is, I was super flustered at the end there and trying to focus on what I needed to do to finish, and people were intentionally sabotaging me so the servers could run for longer.”

Titus slayed the demon Nezikchened and completed the Legends’ Quest, after which the servers closed.

Runescape Classic was a legendary game, ending with one last legendary player. Check Titus out on Twitch, right here.