During week 2 of the Fortnite Summer Skirmish tournament, a particular Russian Fortnite player caught the attention of the internet.

If you’ve played Fortnite much or have watched gameplay on Twitch or YouTube, you’ll know that improving your building skill and speed can be one of the best ways to get ahead of the competition.

This particular Russian Fortnite player took this to the next level. He built so fast during the Summer Skirmish that we were not quite sure whether he was hacking or not to begin with.

Here is a look at this crazy player’s skills. We’ve also provided some information on how he does it. It just goes to show that there is certainly a very high skill cap in Fortnite.

This Crazy Russian Fortnite Builder Will Break Your Mind

Watch the clip above carefully and tell me this doesn’t look ridiculous. Before this guy made an appearance, people were saying people like Nick Eh 30 and FaZe Jaomock were the fastest builders.

If you take a look at the clip below, which shows Jaomock building , you’ll see that his building speed isn’t even anywhere close to the Russian Fortnite player shown above.

It’s impressive, yes, but it just can’t compete with the first clip.

It brings up a very interesting question. Is that Russian Fortnite Summer Skirmish player hacking? And if not, how does he actually do it?

I took a look into his gameplay to find out the truth.

The guy responsible for the crazy building clips above is called F1veSkill. He is a Russian Fortnite player that streams live on Twitch.

When I first tuned into his channel, I found him testing out his build skills in Fortnite’s Playground mode. It turns out that F1veSkill spends a lot of his time here practicing quick building and quick editing. 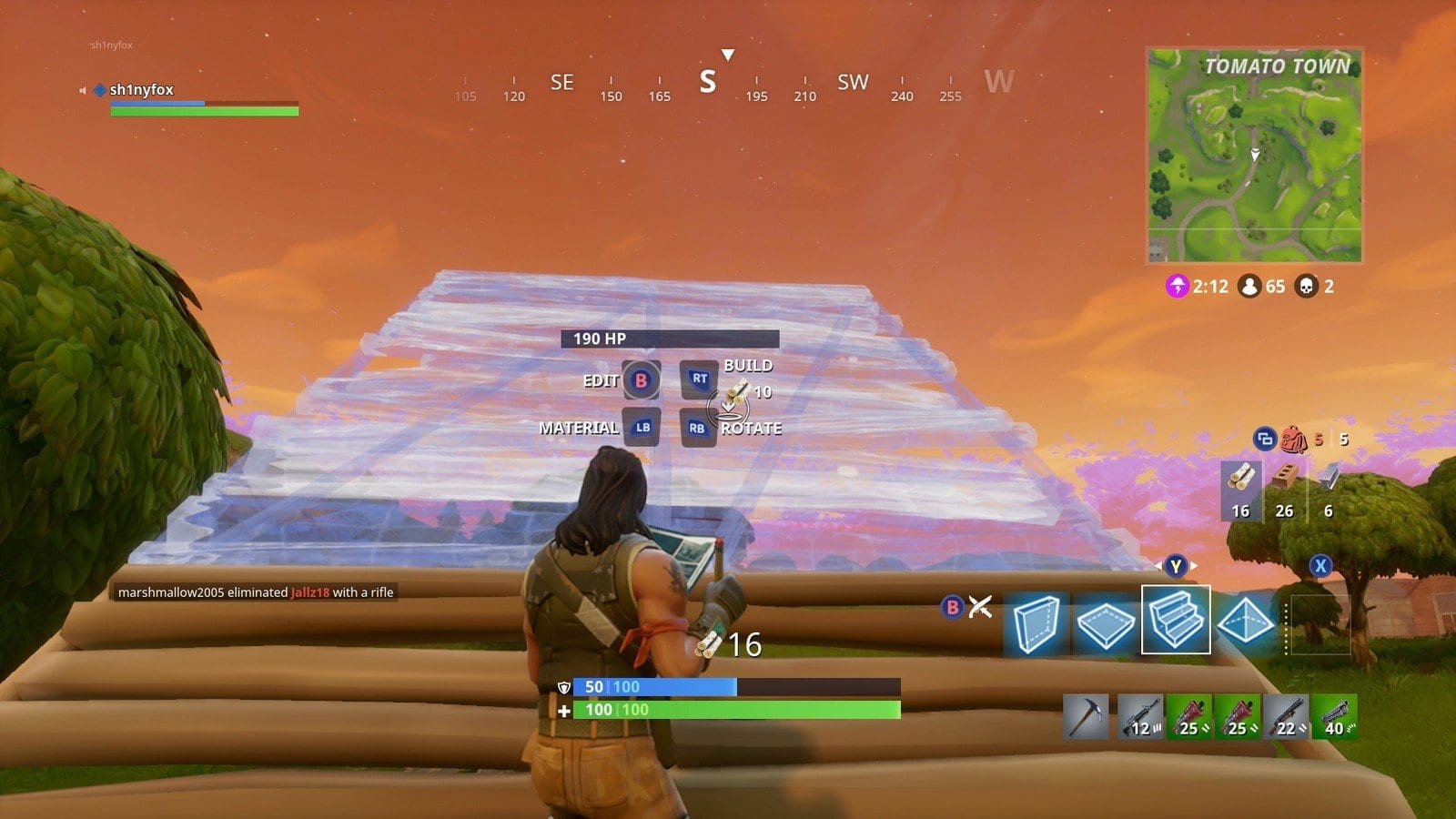 He’ll literally repeat the same motions over and over until he has perfected them. He learns the motions to build certain towers or edit walls in a certain way so that he can repeat these motions at breakneck speed.

For building, F1veSkill uses Q for the wall, C for the floor, V for the stairs, and B for the pyramid.

What’s perhaps most impressive about F1veSkill is that he uses a relatively normal mouse DPI and sensitivity.

With that kind of sensitivity, F1veSkill must move his mouse a lot. Let’s pray for his poor wrists.

So, as it turns out, F1veSkill isn’t cheating whatsoever. He has just spent a lot of time practicing. If you watch him for long enough, you’ll see that his builds aren’t perfect, either. F1veSkill instead focuses on putting down towers, walls, or stairs as quickly as possible, and then fixing mistakes afterward.

Thankfully, he is just as good at editing his build as he is at building.

Even with this approach, F1veSkill’s building speed is dozens of times faster than most streamers and pro players.

It’s not just F1veSkill’s building ability that puts him amongst the best. F1veSkill constantly impressed the crowd throughout the Fortnite Summer Skirmish.

Here is another look at the Russian player’s skill that shows just how incredible he is at playing Fortnite.

wtf is this dude on pic.twitter.com/BoOhUiwbTD

It’s no surprise that F1veSkill managed to place 10th in the second week of the Fortnite Summer Skirmish.

I honestly can’t wait to see what other ridiculously skilled players get their chance to shine thanks to Epic Games’ new tournament format.

This brings me to an interesting conclusion. I personally prefer PUBG, but I just can’t agree with those that say Fortnite is for unskilled people or that building takes skill out of the game.

F1veSkill is one of many examples of a player that has practiced his craft to become better at the game. His skill is undeniable, and with these skills he can easily outplay the average player.

I’d argue that with these crazy building mechanics and with items like impulse grenades and bouncer traps, Fortnite actually has a higher skill cap than PUBG, which mostly focuses on aim and situational awareness. 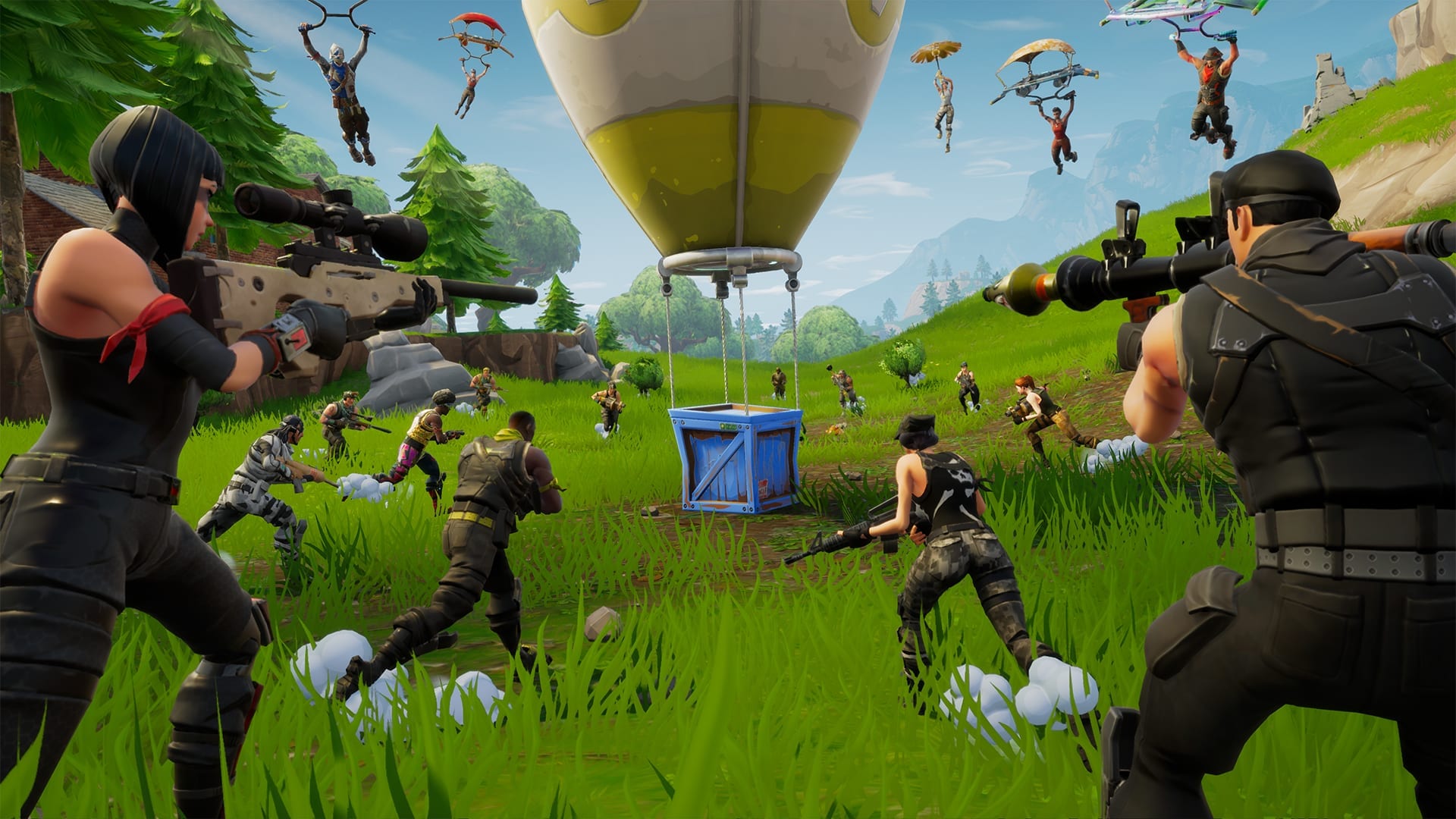 If the clips in this article have inspired you to get into the competitive Fortnite scene, whether as a player or a viewer, here’s everything you need to know.

That’s pretty much everything there is to know about the Fortnite Summer Skirmish. Players are allowed to stream their games, so you’ll see the action all over YouTube, Twitch, and other platforms.

Epic Games will also have commentators on their main Twitch and YouTube accounts shoutcasting and spectating the event.

What are your thoughts on F1veSkill? Are you impressed by his skills or do you think otherwise?